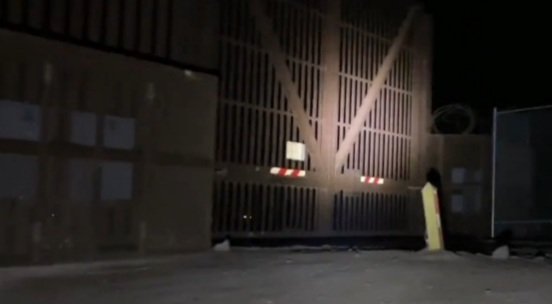 The federal government is suing Arizona for placing shipping containers at the border as a temporary wall, according to court documents filed Wednesday.

“In August, Arizona Gov. Doug Ducey, a Republican, issued an executive order telling the state’s Department of Emergency and Military Affairs to use shipping containers to fill in gaps along the border, and did so without official permits or authorization, CNN previously reported. The federal government has been battling with the state ever since to get the containers removed, according to the lawsuit,” CNN reported, adding:

“The federal government is asking for the court to compel Arizona to remove all materials placed and to “compensate the United States for any actions it needs to take to undo Arizona’s actions.”

The suit, which names Ducey and two Department of Emergency and Military Affairs officials, was filed by the Department of Justice in the US District Court for the District of Arizona.”

The government claims that the temporary wall “substantially curtailed” the US Forest Service’s ability to access border areas and that the state “cut down or removed scores of trees, clogged drainages, and degraded the habitat of species listed under the Endangered Species Act” during the installation of the shipping containers.

Ducey’s office said in a letter sent to the Justice Department on Tuesday that the government had made a “series of unfounded and inaccurate claims” in an earlier letter stating the department’s intent to file a lawsuit.

“The number one public safety risk and environmental harm has come from inaction by the federal government to secure our border,” the letter from Ducey’s office said. It added that the governor’s office has been trying to work with the federal government to fix their border wall since the Department of Homeland Security announced a plan to fill gaps in December 2021.

“Arizona stands ready to cooperate with the federal government on construction of a border wall and always has been,” the letter from Ducey’s office said. Ducey’s office directed CNN to the letter when asked for comment on the lawsuit.

The legal spat comes as the Biden administration faces a December deadline to terminate a public health authority, known as Title 42, that took effect at the onset of the coronavirus pandemic and allowed officials to turn away migrants encountered at the US southern border more than two million times. A federal judge blocked the administration’s attempts at maintaining the authority last month and set an expiration date for next Wednesday.

Now, officials are preparing for an influx of migrants looking to enter the country after the long hiatus.

Ben Bergquam, the host of law and border on Real America’s Voice, reported live from the border area near San Luis AZ , where he spoke with a number of illegal invaders who had been lured to the border because of the Democrat policies that will allow them into the country- no questions asked.