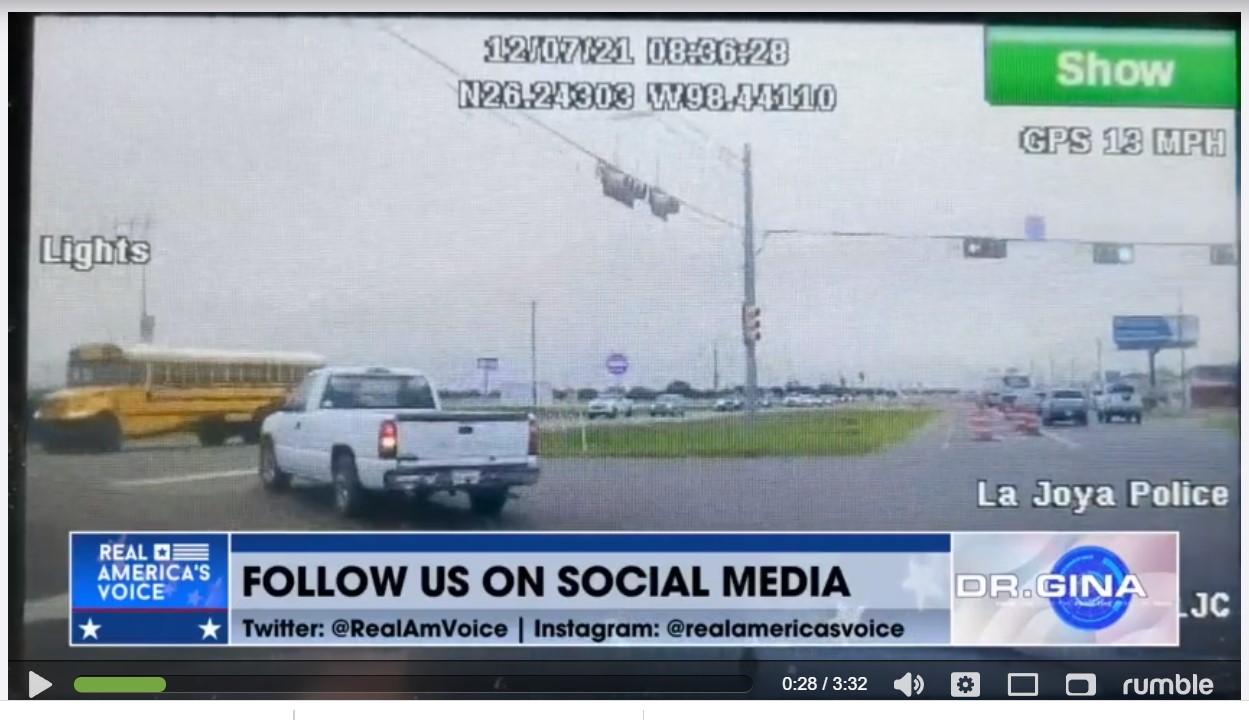 In the following video, Real Americas Voice correspondent Ben Bergquam reported to Dr. Gina from the Southern Border about what he said were “constant” high-speed chases in local communities on the US- Mexico border.

“Sometimes these guys crash and their bodies are all over the place. They don’t care if they die. This is what border patrol is dealing with,” Bergquam said after riding along with a police officer during what is called a bailout, where high-speed chases often result in car crashes.

“These are called bailouts, they are trying to get into America, and they are constant,” Bergquam said.

“This hits close to home. One of the officers in the chase had a child on the Bus who was almost hit by the high speed chase. If Biden cares, he needs to look at his policies,” Bergquam said.