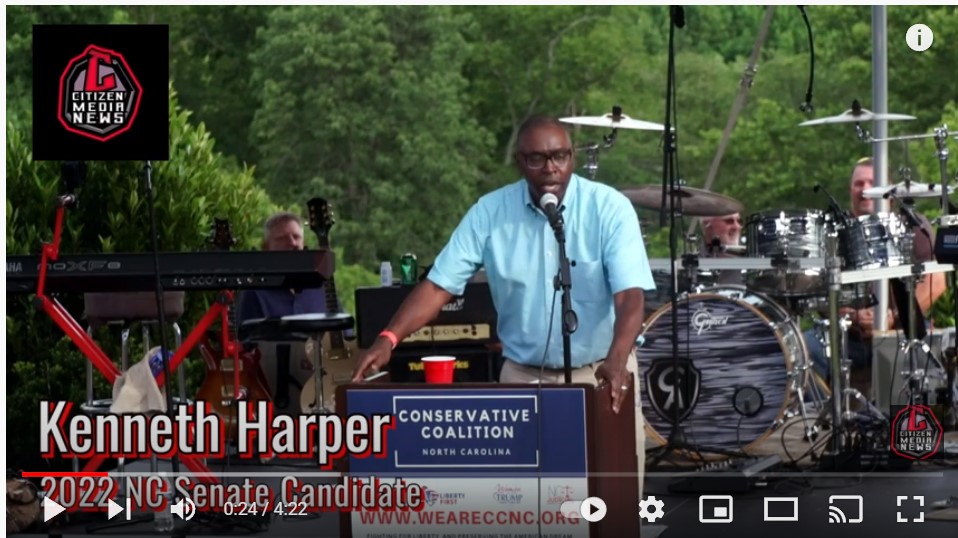 Editor’s note- this article was originally published in Dec. 2021

It is pretty evident that the  Primary elections for 2022 are going to be full of infiltrators who run as pretend America First candidates or as the new face of the “Republican party”, but who are actually nothing close to America First agenda, nor do they represent MAGA.

“Stories like this on in the Gateway Pundit show that we have to check out the background of all candidates.  That is what we can do with the Precinct Committee Project that I talk about on Steve Bannon’s War Room.  We want Conservative -America First candidates and Conservative- America First people in the party as leaders. That is how we will win back the Republic,” Dan Schultz, the author of the precinct committeeman Project, told me when talking about what we face going into the 2022 midterm elections, and especially into the Republican primaries this Spring.

Key Point:  The brand “New Republican” is being used by at least two candidates, who could be in a position to simply peel votes from a genuine America First candidate to help a RINO win a primary.  In North Carolina, that exact tactic has been played out often in Thom Tillis/ Mitch McConnell campaigns in the state to hold control of the US Senate for the RINOS.

HOW DO I FOLLOW THIS USURPATION OF AMERICA FIRST BY RINOS?

After a Gateway Pundit report by Jordan Conradson, where Conradson assisted in a Project Veritas report about such a dishonest candidate in Arizona- it is noteworthy that in North Carolina, there are similar campaign tactics, between the two campaigns, being laid out by a candidate for US Senate who is attempting to run against ‘Trump-endorsed’  US Rep. Ted Budd.

From the Gateway Pundit, Conradson reported the following:

“The Republican Party is Disgusting to Me” – Project Veritas Exposes Liberal GRIFTER Posing As “Republican” Candidate For U.S. Congress (VIDEO)” After receiving a tip from The Gateway Pundit correspondent Jordan Conradson, Project Veritas got to work on exposing grifter, Alex Stovall for who he really is. Stovall is running for U.S. Congress in Arizona’s District 9. With no political experience, Stovall believes he can win this race because he is young, black and he acts like a conservative.” Stovall’s campaign does not appear to be a real campaign but another money front. It is unclear how he is currently living with no job, but he made it clear to that he intended to take a salary, after learning that Congressional candidates receive millions of dollars each election cycle. When people began to donate more money to his campaign, Stovall asked Conradson, who was a Realtor at the time, to find him a house to buy in his district. This told Conradson more about Stovall’s motives.

Consider the US Senate campaign of Kenneth Harper, who, according to his campaign website, was a “Board member of Rainbow Push, in Atlanta in 2020”.   Rainbow Push is a far-left group led by far-left activist Jessie Jackson. It is not clear what role Harper played in the 2020 election as a voting Democrat in Atlanta.

Harper claims to support the policies of President Donald J. Trump now after a revelation from God,  and he  wants to rebrand the NCGOP:

According to Harper’s website, he was in Atlanta working with Rainbow Push, an associate of Stacey Abrams, when the disputed election tabulations in Georgia were unfolding. When I asked him to confirm that he has vacated his position as a Board member of Rainbow Push, and is not an associate of Stacey Abrams,  Haper called me a liar, without explaining what he believes I am lying about, even after I described that his involvement with Rainbow Push and his status with them is of public concern.

Harper, in the video about stated that he wants people to believe that he had a mass revelation from God, that President Donald J. Trump was right after all. So he immediately turned into a Republican in time to file and run for US Senate, after having no political experience at all.

In doing so, Harper is challenging all Republicans to do better with their politics and be a Republican difference, like himself. But, unfortunately, his platform reflects a far-left mentality about victimhood and welfare spending.

When I made a press request to Harper that he denounce Rainbow Push and his position as a board member, he called me “Fake News,” told me I needed to repent and blocked me on social media.

Based on the resume he has on his campaign site, Harper appears to be a radical far-left Community Organizer whose agenda is welfare reform- meaning more money for welfare. That alone is not America First platform agenda.

Harper’s motto is that he considers himself the “Republican Difference” and openly campaigns on Marxist organizing tactics, demanding that the Republican party needs to be like the Democrat party and tend to voters’ social and emotional needs- with government funding of course.  That is not an America First platform agenda.

Harper also appears to be backed by some disgruntled Republican “grassroots activists,” some with legitimate concerns, who have formed new nonprofits to flip the entire Republican General Assembly, and who are further pushing a narrative that all Republicans in North Carolina should be replaced.

Guilford Patriots is one such group, run by a former GOP Guilford county treasurer.  The group appears to be comprised of Republican-leaning voters who are disgruntled at the failures of the state party, the NCGOP, over election integrity issues and medical tyranny issues- but who are curiously being led to support candidates who are actually far left-leaning- in a series of what appears to be political theater to misdirect voters in all different directions.

In North Carolina, from my investigations, I have found handfuls of Republicans who are being agitated to be angry about the left’s policies and then curiously led to support leftist candidates to take over the Republican party.

SEE IF THIS MAKES SENSE:

Although Budd has a 100% Conservative rating by Heritage Action and a 92% Liberty rating, the leader of the Guilford Patriots, upset about “the loss of liberty,” explained to me that she is supporting Harper, an obvious left-leaning politician to beat Budd, because “George Soros did something with Budd, who did something bad with family farms.”

She has nothing to validate that other than what she has heard, but it is all she needs to rage against Budd.  Harper is being elevated by small grassroots groups, who are angry with the NCGOP, and are elevating Harper as a Conservative.  Without explaining how they could have possibly found a man who wants more welfare spending to be “Conservative”.

It all sounded to me like a Mark Walker type of campaign slur against his opponent, with nothing pointing to Budd being an associate of George Soros, but I digress.

Harper’s own campaign site lists a long, long list of involvement in far-left radical Community organizing and Non-Government Organizations- that is not a Conservative platform.

Yet these groups persist on selling a new “Conservative-America First Platform”. And frustrated voters are being dragged in with political theater.

Consider another such North Carolina group, who has been backed by the NCGOP, given access and resources called Liberty First Grassroots.  That group, led by a determined supporter of Ted Cruz in the 2016 primaries, has made a public “cage match” of pitting Republicans like Harper against other Republicans for the big primary faceoff in May.

IS THIS A PATTERN?

It could be that these angry and frustrated grassroots groups are getting swept up in a much larger tide pool with seasoned political operatives like the Lincoln Project, who have come out with the same talking points against the America First movement.

It appears they are all going in the same direction. The collaborative group movement do not want voters to choose the candidate who most reflects the policies of Donald J. Trump, and they have chosen their mission for the remainder of the time before the 2022 election, that they will re-direct voters away from true America First representatives.

It is clear that at least North Carolina and Arizona have been targeted for these types of political dirty tricks and games to disempower the voters who are looking for America First policies and representatives.

For further reading on this topic: