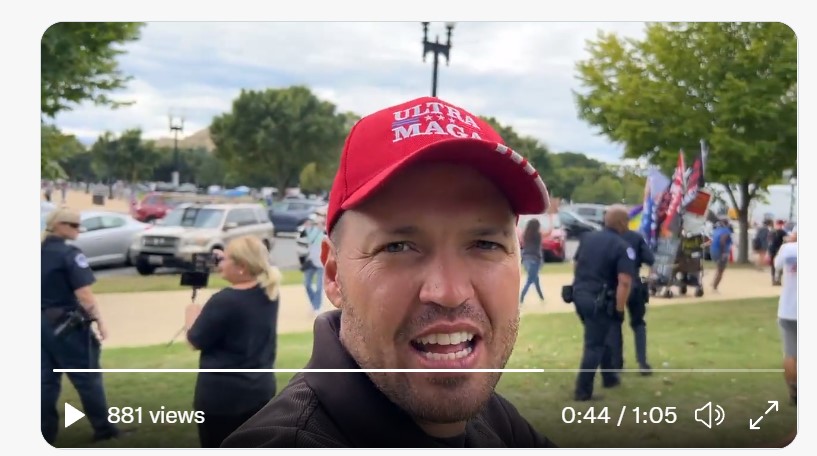 The left are such tyrants that while they live off of street activism, they are also intolerant to anyone else participating in civic, and political activism.

“This is the battle that we are up against. These are the people who hate this country. They hate God, they don’t want you to be able to raise your family in the want that you want to,”Bergquam said recently while showing a small group of leftists disrupting an event while they were making a painful amount of loud noise to annoy people.

While in DC for a press conference to update Americans on the plight of the Jan. 6th prisoners, who are being held in detainment under inhumane and unconstitutional conditions, in Washington DC- a group of Marxist leftists marched around the area banging on pots and pans and screaming into bullhorns so participants could not be heard over the obnoxious noise.

Bergquam was on the scene and record the evidence of how tyrannical the left is: