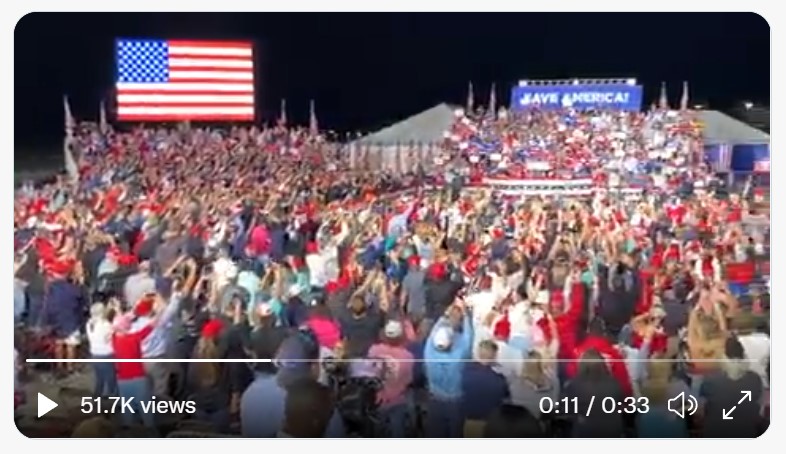 Something about the way Ben Bergquam shows the size of the crowd at Trump rallies to people on social media induces a panic so big that someone sets at least 1,000 opposition trolls after his posts.

First, Bergquam’s leftist narrative busting coverage of the Trump rally in Youngstown Ohio was reposted by President Donald J. Trump, then Bergquam posted the same style footage of Trump’s rally the next week in Wilmington, North Carolina, and the trolls on Twitter got busy sending him hundreds of nasty posts to try to make him feel bad.

But he didn’t feel bad. Bergquam wants people to shame the left for their gaslighting of Americans.

For the second week in a row, Bergquam, a correspondent for Real America’s Voice and the founder of Frontline America, has singlehandedly- just with his phone- gone and sent the left in a panic with his simple posts.