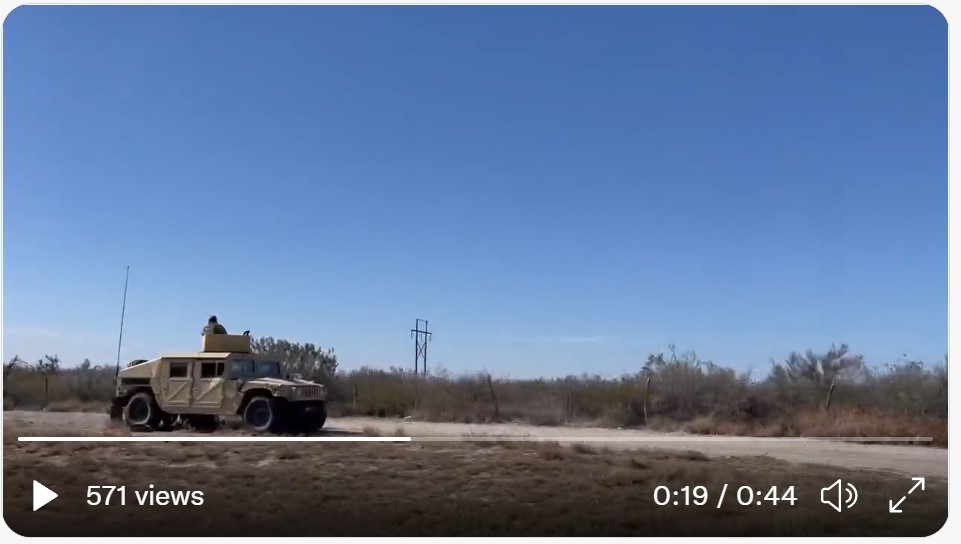 Real Americas Voice reporter, Ben Bergquam, reported on Wednesday, with live footage showing National Guards in Texas- in tanks- sitting peacefully along an area near the US Southern Border- which Bergquam said was a joke.

“They are not deterring anyone. They are not stopping anyone,” Bergquam said, driving along and showing numerous locations of uniformed National Gaurd members. “This is burning taxpayer dollars, nothing more,” he said. Watch below.

A press release from March 6 2021 described the action that Republican Governor Greg Abbott was planning on taking to curb the human tragedy and criminal activity that was unfolding as a result of Democrat Joe Biden’s open border policy, which Bergquam reports about:

“Governor Greg Abbott and the Texas Department of Public Safety (DPS) today launched Operation Lone Star to combat the smuggling of people and drugs into Texas. The Operation integrates DPS with the Texas National Guard. It deploys air, ground, marine, and tactical border security assets to high threat areas to deny Mexican Cartels and other smugglers the ability to move drugs and people into Texas.

“The crisis at our southern border continues to escalate because of Biden Administration policies that refuse to secure the border and invite illegal immigration,” said Governor Abbott. “Texas supports legal immigration but will not be an accomplice to the open border policies that cause, rather than prevent, a humanitarian crisis in our state and endanger the lives of Texans. We will surge the resources and law enforcement personnel needed to confront this crisis.”

“Operation Loan Star is a joke. Gov Abbott is burning Texas tax dollars. God bless our National Guard troops, but they are being used as political pawns. They should be on the border stopping the cartel/Democrat led invasion, not sitting around doing nothing. #BidenBorderInvasion,” Ben Berquam wrote on Wednesday after his live reporting.

Follow Ben Bergquam on the War Room Pandemic with Steve Bannon, and on Real Americas Voice- where he will have a new show called “Law and Border”. Follow him on @BenBergquam on GETTR and Twitter and on Youtube at Frontline America for up-to-date, live reporting on Joe Biden’s border crisis.