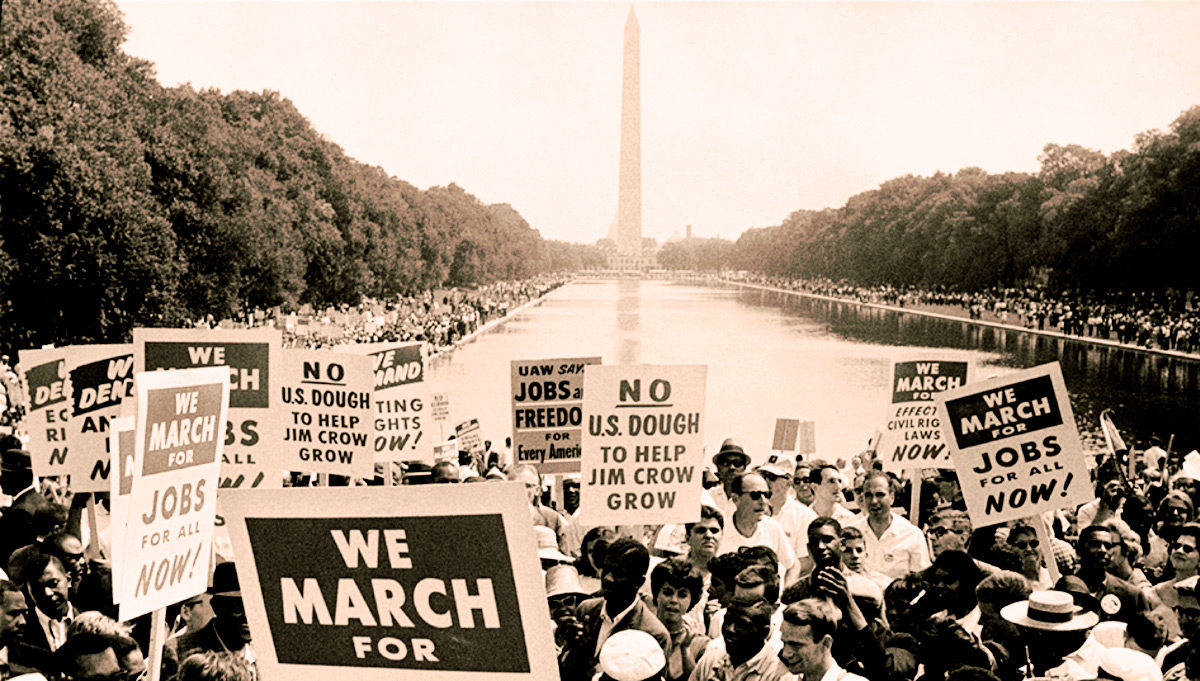 As Joe Biden exploits deceased John Lewis to push a draconian make-over of the US election system with the Democrats voting rights bill- he makes a public mockery out of a historic civil rights leader who was slain at the height of essential and peaceful work advocating for minorities to have equal rights in the workplace, on the very day the entire country was focused on the activity of that notable icon.

Key Note: Biden wants to end the filibuster, marginalizing the Republicans- the same party who used the filibuster to pass the 1964 Civil Rights Act. Democrats are desperate for a voting rights bill that will take the power of the vote away from Americans- and give it to whoever the Democrats deem – have the power to vote.  See a pattern?

IT IS ABOUT DEMOCRAT PARTY CONTROL

Bipartisanship is a tactic. It is not the ultimate goal.

THINK ABOUT WHAT BIDEN IS REALLY SAYING

“Joe Biden will spend Martin Luther King Jr. Day in Wilmington, Delaware as he believes that even Dr. King’s assassination did not have the worldwide impact that George Floyd’s death did,” media reports from Monday, January 17 show.

I saw this unfold on Monday, on the honorary birthday of Rev. Dr. Martin Luther Kig, Jr., who advocated peaceful resistance and peaceful Community Organizing that was so powerful and successful for communicating to  Americans of all pigmentation levels that he was assassinated. King’s work impacted the Republican-led Civil Rights legislation.

For that work- he was murdered. And some believe that for supporting him, Democrat  President John F. Kennedy, who introduced the bill, was murdered as well.

Then somehow Democrats, who didn’t support the bill- became the “heroes” to the minorities. Weird.

And the legacy of Dr. King is still so powerful that Americans honor his birthday as a way of remembering his powerful work- and in some ways-out of a hopeful promise that we will keep his work going. Yet- Democrat Joe Biden, who has ties to leaders of the Klu Klux Klan slams King. Weird.

Dr. King was most notable for his high-impact action on Aug. 28, 1963, during his March on Washington for Jobs and Freedom when he delivered his iconic I Have a Dream Speech when over 250,000 Americans gathered at the Lincoln Memorial in DC to support King’s message.

I waited to write about this article out of respect because, frankly, these remarks by Democrat Joe Biden should get no attention at all, especially not ON MLK day.

However, it is essential for Americans to see how Democrats really feel about Black Americans.

Whatch- where are the Democrats to call out outrageous slams on a Civil Rights hero:

One of the things Democrats hate- is the idea of peaceful America that Republican MLK and Democrat JFK had advocated for. Leaders of the Democrat party make money and get power from chaos.  Both Civil Rights  leaders  from the 1960’s ended up murdered, and somehow the Democrats gathered the dedication of many minority Democrats- even when they were being used for their votes and given nothing in return.

Democrats have been highly successful in messaging the things minorities want to hear, to gain support, but they have utterly failed to deliver on their promises. And that may be for a reason.  Blind support of Democrats makes Democrats rich and powerful.

One President, Republican Donald J. Trump,  promised and delivered to the minority community and the Democrats hate him and have tried everything to destroy the man and his family, and his supporters.

I wrote about how Trump got that support:

Flashback- Trump was Increasing the minority Vote by delivering on promises. https://t.co/uSL6O2cTHW

Remember the outreach Trump made into the Black and Hispanic community increased the support Republicans got from those Democrat strongholds to historic levels.

King tried that- and was killed.

Kennedy tried that- and was killed.

Biden’s slam on King is not a slip of the tongue. We are too powerful when we are united and focused together.

I wrote about the conflicts Democrats have with the Voting Rights Act of 1964 in the last election. Check this out- to go down a rabbit hole on Eric Holders’ work to decimate what the SCOTUS has already ruled on.