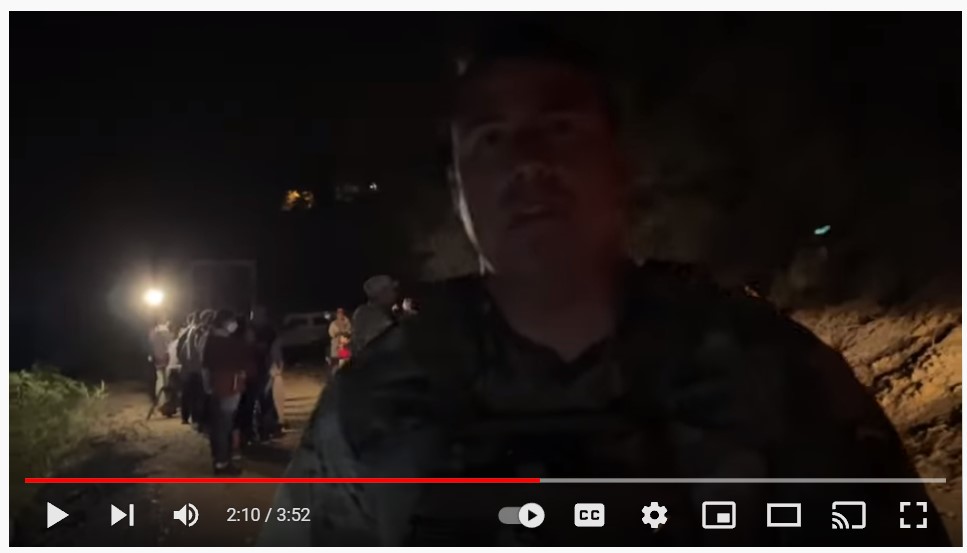 In the video below, Bergquam squabbles with a determined member of the National Guard, who wanted to prevent Bergquam from filming the invasion at the Southern Border. See off in the distance was a long line of illegal invaders and at least five more rafts arriving in the vicinity. Bergquam was not told he could not be close enough to view the arriving rafts.

“The limit to where you can be is way back there,” a member of the Texas National Guard bickers back and forth with Bergquam and his cameraman.

“This is a security point. You need to stop and move away. I am not giving you permission to be here. This is not public. Stop recording,” the Sargent tells Bergquam.

“I do not need to move. I have a right to be here. This is unbelievable. This is what is happening in America. Joe Biden is using our National Gaurd troops from American citizens from recording. I am allowed to be here. The Constitution and the First amendment. Re-Read your oath!” Bergquam said to the sergant.

Please share this video so Americans can understand what is happening in the United States of America under Democrat Joe Biden, who has left the border protected for people who want to invade.