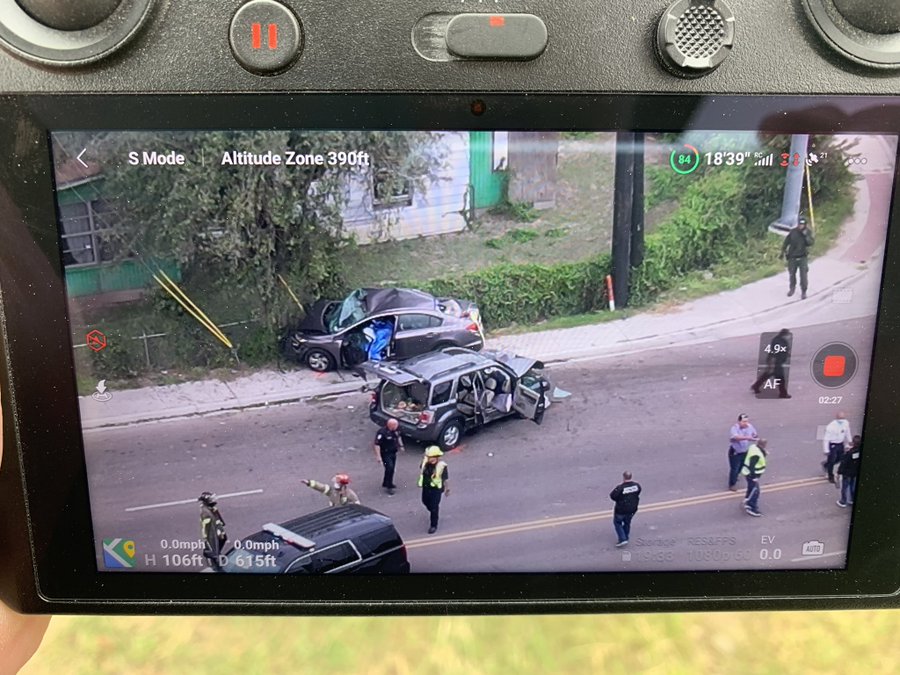 It really isn’t funny to see a carload full of illegal invaders shoved into a car, driving recklessly around American roads and jeopardizing Americans- but someone has to point out the insanity of Democrat Joe Biden’s open border policies that tolerate high-speed chases and crashes, bailouts that lead to foot races, and deaths that result.

Courageous reporter, Ben Bergquam rode along with law enforcement to bring us footage of the nonsense of Biden’s thoughtless encouragement to criminals- just in time to report that two innocent people have been mowed down and killed in a car crash, and one teenage illegal invader has been arrested in Texas.

FIRST-Anyone should be able to predict that human smuggling like this is a problem:

Democrat Joe Biden has demanded that the southern border of the US be open and free-flowing for people from around the world to cross our borders and commit crimes, even overlooking the threats and the casualties, as has happened in this next story.  Here are two more innocent people dead because of reckless leniency for illegal invaders.

KRGV reported on a recent arrest of a teen who was arrested for evading arrest and human smuggling that resulted in the deaths of two innocent people:

An 18-year-old driver was arrested Saturday after an alleged human smuggling attempt ended in a fatal crash. The Texas Department of Public Safety assisted U.S. Border Patrol agents during a chase in Mission Saturday. A gray Ford Explorer SUV crashed with another vehicle after failing to yield, and came to a stop on Trosper Road and Mile 2 Road. At least one person in the vehicle the SUV crashed into died, according to Mission police spokesman Investigator Art Flores. The driver, 18-year-old Esteban Cantu Jr. was arrested and charged with evading arrest and human smuggling. There were six passengers in the SUV.

Key Point: Southern towns are under constant attack by human smugglers, who use a practice called a “Bailout” to move people around in the interior of the United States.

WHAT IS A BAILOUT?

“Groups of illegal aliens crammed into cars being chased by Border Patrol, who stop suddenly, while occupants of illegal aliens pour into the streets and scramble into the community is called a bailout. We are told law enforcement is concerned about hit and runs, gun crimes and kidnappings, so they do lockdowns in the area where the bailout happens,” Ben Bergquam told me. Bergquam is the lead investigative reporter for Real Americas Voice and an expert on issues at the Southern border.

BREAKING: Two innocent people are dead after a human smuggler being pursued by law enforcement ran a stop sign and T-boned the victims’ car in Mission, TX, NEW: A source provided me photos from the scene of the crash. One of the migrants was launched through the windshield but survived. The only fatalities as of now are the two innocent people in the other vehicle. They haven’t been ID’d yet, pending notifications.

These are well-known and accepted tactics that Democrat Joe Biden has encouraged along with his open borders policies.

I covered a similar story about another small town in Texas:

From my earlier article:

Key Point from the local police, Human Smuggling and Human Trafficking are two different things.  I spoke with the Public Relations department at the City of UVale Police, Jessica Zamora, who wanted me to understand the difference between Smuggling and Trafficking.

Zamora told me that undocumented criminals were leading law enforcement on high-speed chases after a traffic stop and that they went on all hours of the day and night. That police could experience between 2-5 of these types of things in a 24-hour cycle.