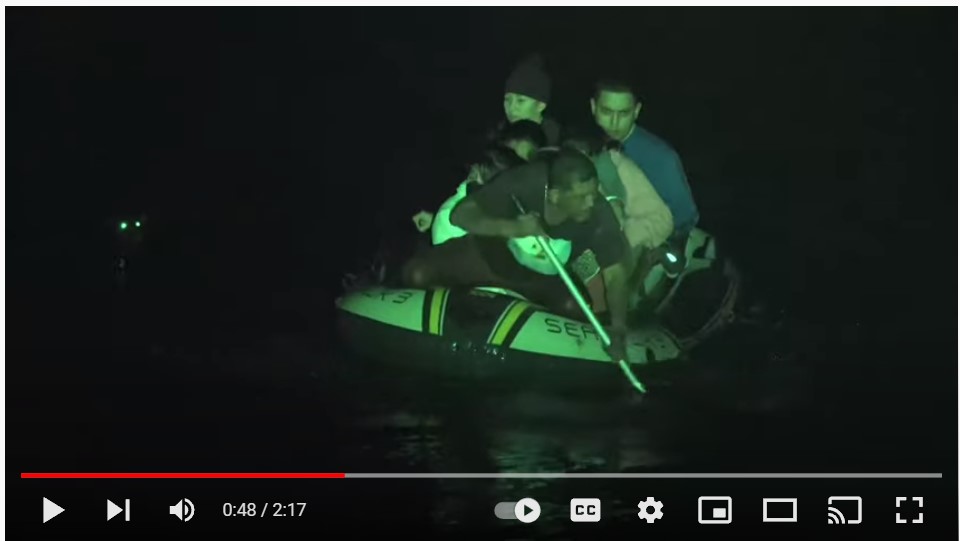 Ben Bergquam has been a constant brave reporter on the Southern Border bringing Americans footage that shows what Democrat Joe Biden does not want to be revealed- the illegal invasion of our sovereign country by people from all over the world, whose identities and motives we do not know and are not allowed to find out about.

Bergquam and his crew for Real Americas Voice, in this video, show the maddening freedom which has been granted to invaders, and that is denied to Americans.

“Our military is saying we can not film the invasion, while they are protecting the invasion! You have to hold them accountable, America!” Bergquam said.

“I am showing the hypocrocy” Bergquam said to a shadowy figure off in the distance as he directs his cameraman to show the area where invaders are allowed to hide from the camera, which is apparently protected from Bergqums camera.

“This is insane! Night view in Roma, TX showing the Biden Border Invasion and our National Guard troops being used to attack the press rather than the invaders! Special thanks to cameraman Jeffrey Rainforth,” Bergquam posted along with the following footage.

Please share this video so everyone sees the audacity with which we are being invaded under Democrat Joe Biden’s open border policies. Bergquam is brave enough to go and film it- are you brave enough to show others?