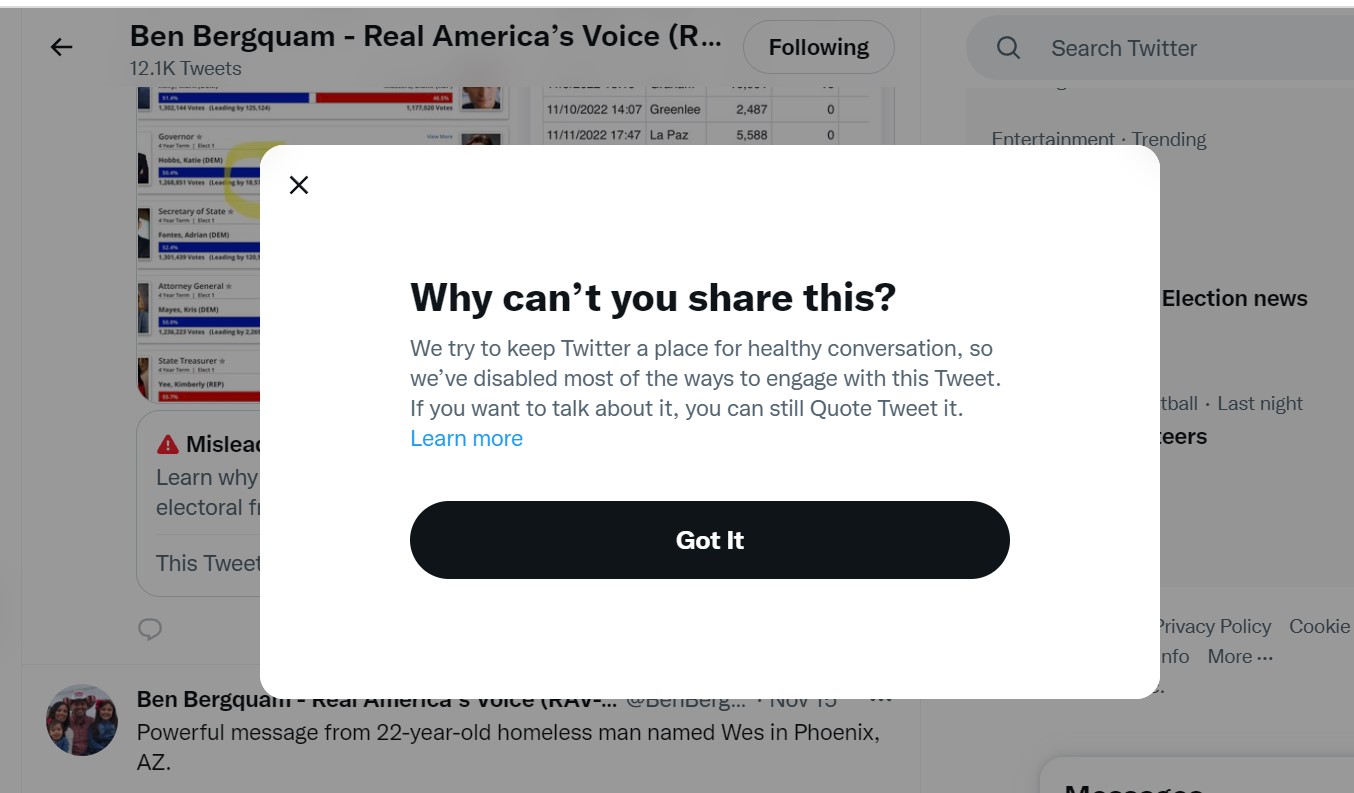 Ben Bergquam, an investigative reporter for Real America’s Voice, was not only denied government-issued press credentials and removed from public spaces last week at the Maricopa County election tabulation center- but he was denied access to press conferences with election officials, and now this week Bergquam has been censored from Twitter for reporting there on the same elections he was shut out from covering.

Here is what Bergquam has been through:

Bergquam has extensive experience with both the Arizona grassroots and with Kari Lake and her campaign. He is a reporter with a national outlet. His credibility on the 2022 elections in AZ is undeniable.

Here is the post that Bergquam posted, which got him timed out, with a warning that the post was ‘misleading’:

Here is the warning that was overlayed on Bergquam’s tweet if anyone attempted to interact with the post:

When his account was re-instated, Bergquam posted and update:

“Twitter suspended my account for 12 hours yesterday based on the tweet below. It was 100% accurate.@elonmusk it looks like you still has some work to do. My suggestion is to fire everyone and start over! By-the-way to the imbecile who flagged it, this isn’t about 2020.”