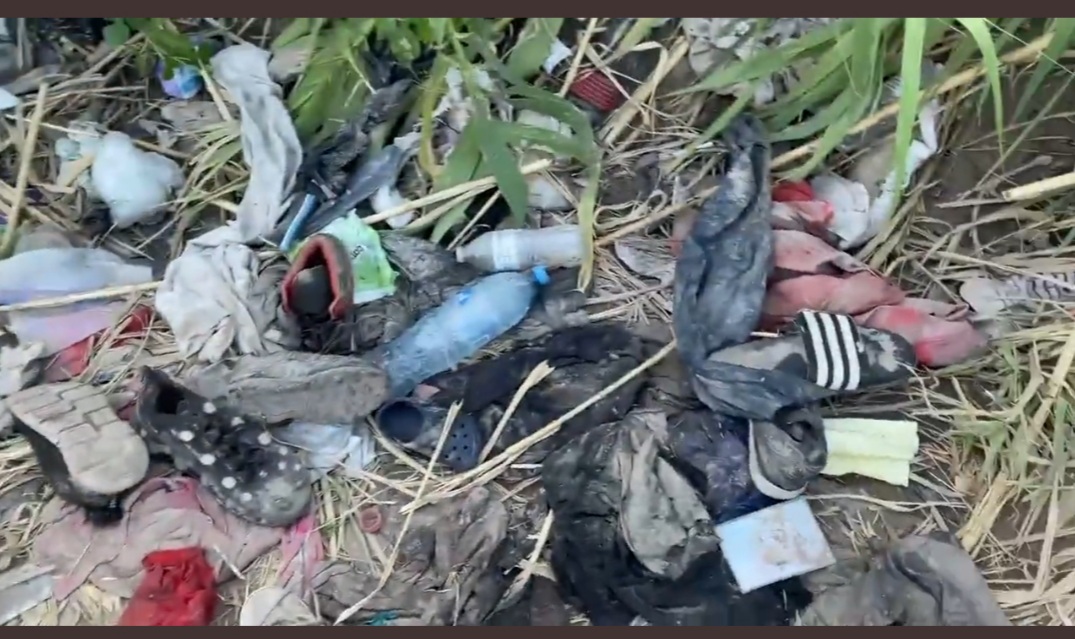 Ben Bergquam is a correspondent for Real America’s Voice and host of Law and Border, who recently reported from a litter spewed trail on the Southern Border where he showed viewers a filthy garbage-ridden path that included used condoms and birth control- in a dispiriting scene of human tragedy.

Look for a new episode of Law and Border this Saturday on Real America’s Voice. Bergquam’s live reporting comes at the same time as a major story is breaking about the consequences of human trafficking.

“A woman accused of killing a man can argue at trial that she was justified because he was sexually trafficking her; Wisconsin’s Supreme Court ruled Wednesday in a decision that could help define the limits of legal immunity for trafficking victims nationwide.

The justices ruled 4-3 that a 2008 state law that absolves trafficking victims of criminal liability for any offenses committed as a direct result of being trafficked extends to first-degree intentional homicide. However, they said Chrystul Kizer must first provide evidence for a trial judge that her decision to kill Randall Volar was connected to being trafficked before she can invoke immunity.”

WHAT IS BIDEN CREATING?

It is Bergquam’s courageous reporting live on the border that provides the American people a true glimpse into the consequences of Democrat Joe Biden’s open borders policies.

Bergquam has frequently shown evidence of human sexual trafficking near the paths that were illegal to cross into the United States of America- guided by drug cartels.

All of this begs the question of what is Biden’s policies creating other than opportunities for vicious drug cartels to cross paths with young men and women who are used as sex slaves?

Watch as he describes this horrific scene:

“We just left Yuma and now we are in Eagle Pass and we just showed you the condoms and the panties that were left there, and also the used condoms.

And right here, more evidence of it. We’ve got condoms, and birth control parents are sending their children with birth control because they know they’re going to be raped along the way.

That is Joe Biden’s open borders America for you.
More evidence and, over here more condoms, more birth control.

Human smuggling is modern-day slavery, brought to you by the open borders left.

You want to see what open borders look like this.

Everywhere along the border, tens of thousands of trails like this right up from the river, they’re dumping all of their garbage because they know they’re getting new stuff from you, the American people.

This is Joe Biden’s America right there. And it’s only getting worse every single day.

We got the Lookouts from the Mexico side, heading back over, taking the rafts.

They report back the cartels, and all this is happening music on the other side. Cartels party and every single person there sending across is money in their pocket.

And money out of yours.

This is Biden’s America right here. “