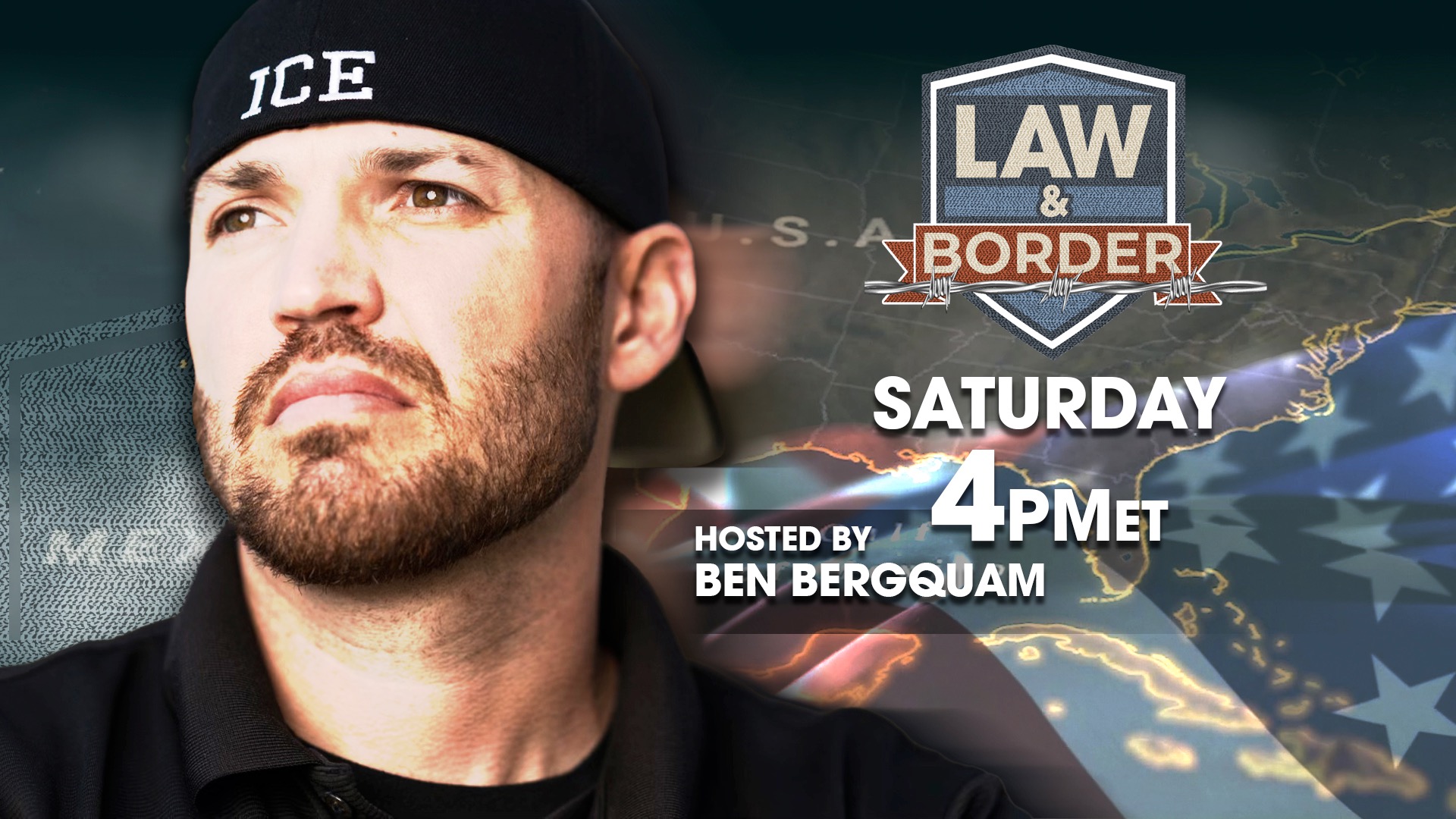 Ben Bergquam, ahead of his next episode of Law and Border for Real America’s Voice on Saturday night, had an opportunity to bring his audience some live video footage from around the Southern Border of the US, which most people will never get a chance to see- because the laptop media ignores the things that Bergquam covers.

Saturday’s episode of Law and Border on Real America’s Voice,  is promised to reveal the consequences of Democrat Joe Biden’s invasion of the Southern Border.

Follow along with Ben in his investigations for the American people.

According to Center Square reported,

“U.S. judges declaring an invasion at the southern border hasn’t occurred before until this week, Ken Cuccinelli, former U.S. Citizenship and Immigration Services director and deputy secretary of Department of Homeland Security, said at a press conference on Tuesday.

On Tuesday, four-county judges in Texas declared an invasion citing Article 4, Section 7 of the Texas Constitution and Article 1, Section 10, Clause 3 of the U.S. Constitution. They called on Texas Gov. Greg Abbott to “immediately prevent and/or remove all persons invading the sovereignty of Texas and that of the United States.”

Illegal border crossings have surged since President Joe Biden took office and implemented policies that Texas officials and many other critics say directly caused the spike.

“How did you come up with this idea?” Bergquam asked Cuthinelli at the press for the announcement.

“I read the Constitution. Literally, it’s in plain text at the very end of Article 1 and it says, very clearly that states when they’re actually invaded. Those are the words used. They can respond. And  that resides with the governor. So no one had looked at this before. This did used to happen- if you back before the border patrol. Texas patrolled its border in Arizona.  they patrolled its border. New Mexico. California, they patrolled their borders.”

Watch and see the frustration that Biden is causing for real people:

.@KenCuccinelli explains how the U.S. Constitution lays out precisely that states are allowed to respond to invasion and that historically states patrolled and enforced their own borders, not the federal government. #BidenBorderCrisis #BorderInvasion @BenBergquam pic.twitter.com/BjNOD2qIZT

Bergquam also got a chance to ask US Rep Chip Roy a few questions at the same presser about the dangerous cartels:

” I introduced legislation to designate them as a foreign terrorist organization. I think we should. I have to treat them as such, and some people get hung up on that definition; fine, call them squirrels. I don’t care but give law enforcement the tools necessary to go after them and   I think it ought to be a foreign terrorist designation.  Knock their knees out from underneath them, stop their funding.  Stop the dollars they are getting and approach them as the enemy they are. They are undermining Mexico, allowing you to become a narco-terrorist state .Then funneling fentanyl into our communities while it’s done, while Americans die,” US Rep, Republican Chip Roy told Bergquam in response to his question.

Roy went on, “What more do you need to know the, right? I think people Texas ought to continue to follow this model. I think the people of Texas on the stand-up and say enough, we’re not going to allow this anymore. We’re not gonna lie. This flow and I can’t allow the cartels that power.  We could stop it.”

“To answer your second question has specifically chosen not to its purposeful, don’t kid yourselves, all the media out here it is purposeful. There is no other answer for It, they are exploiting our laws and allowing it to be abused to the detriment of our country, and allowing the collateral damage to be the people of Texas, the counties in Texas, while they just ignore it. You notice that when there’s a tragedy, they have no problem going for the cameras to find soundtracks and but they sure as hell aren’t coming down to South Texas, to deal with the daily disaster that we’re dealing with every single day down here. What are they doing now? Building a massive almost four-acre facility to process more people to send into the country as a signal for the world- to come here.

“And there and I’m down there with border patrol today on the river in the almost 100 degree heat and a border patrol agents walking up the road carrying a child a baby because the mother was out of gas there, trying to get her water. How in the hell is that Humane? How do you pat yourself on the back of call that compassion? Which is what our Democratic colleagues in Washington doing. So yeah, they’re abandoning their oath to the Constitution and Texas needs to stand in the breach,” Roy told Bergquam.

The Invasion continues, as Bergquam was on location watching a group of migrants cross into the country after a long dangerous journey:

“Another day down. Here you go. Pass the invasion continues. Every day getting worse,” Bergquam said while on the scene, interviewing migrants.

Berquag asked a group of migrants why they are making the trip to the US.

“Because the government is too dangerous in the country in different country, and Venezuela Colombia. Nicaragua,” They said.

“What do you say to socialism and communism?,” Bergquam asked,”How long did it take?”

Moaning in a disgruntled voice about Communis- they answered: “Three months. Yeah”

“As all these groups continue to come over in the hundreds of thousands, they are now pulling border patrol resources to process them leaving the other areas of our border wide open for the invasion that continues to the drug traffickers to the sex traffickers to the potential terrorist over 50 caught this year. And how many weren’t kind? That’s what we don’t know. That’s the scary part all being done,” Bergqmaum said in the video.

“Under Joe Biden and Washington DC’s the open border, Democrats allowing this to happen. I don’t fault the people that are coming. It’s human nature. You’re going to go where you have a better life.” He said.

“That’s the policies that are creating this Invasion that are the problem and the politicians that are behind them.”

And then Bergquam  took aim at Biden’s administration is haunting the border and doing nothing:

“Border patrol checkpoint coming back from here to Saint Augustine to Eagle Pass. And what’s pathetic is you’ve got these pictures of Joe Biden and Kamala Harris up on the wall. This is as close as they’ll ever come to the board of the same people that are inviting The Invasion into our country, have the nerve to have the smiling pictures up on the wall,” Bergquam said.

“While they commit treason.”

As close as Joe Biden and Kamala Harris will probably ever get to the border… pictures on the wall in Eagle Pass, TX.@RealAmVoice pic.twitter.com/8LDe2UQpJZ

This is just some of the courageous reporting by Ben Berguqma and Real America’s Voice cover as much of the border as they can in service to the American people.

Make sure to watch for Ben’s special episode of Law and Border this Saturday on Real America’s Voice Ap.