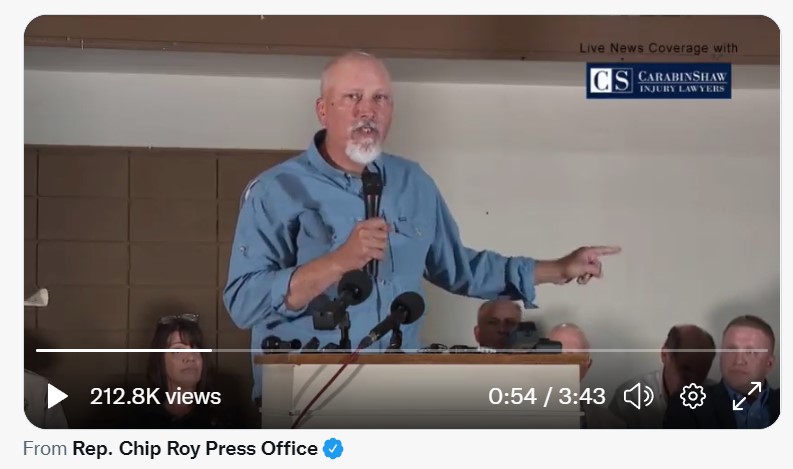 Texas has had it with the disaster on the Southern Border and some of them took the unprecedented move on Tuesday to rightfully call the situation there an ‘invasion’.

About the Press Conference:

Several Texas counties declared a border “invasion” on Tuesday in a move to pressure the state’s governor to issue a similar declaration.

The statement doesn’t grant the counties any kind of additional legal authority and may not even be legal — but officials hoped it would bring attention to the border crisis.

“We’re being invaded. The facts are there,” said Kinney County Judge Tully Shahan at a press conference in Brackettville, Texas. “This is real. We want America to know this is real. America doesn’t know what’s happening here.”

County officials from Kinney, Goliad, Terrell and Uvalde Counties criticized the Biden Administration for what they called its “open border policy.”

The officials each shared stories of how their communities are being inundated by immigrants as humans and drugs are smuggled through their small towns on a daily basis.

The number of reported migrant encounters along the US-Mexico border once again made history in May — hitting a staggering 239,416 encounters, according to the latest available monthly Customs and Border Patrol statistics.

The counties were contacted by a former President Donald Trump official, Ken Cuccinelli, who has talked them into believing they can use the “self-help provision of the Constitution to declare an invasion.”

“This gives the governor, decided similarly, the authority to repeal that invasion,” Cuccinelli said at the press conference today.