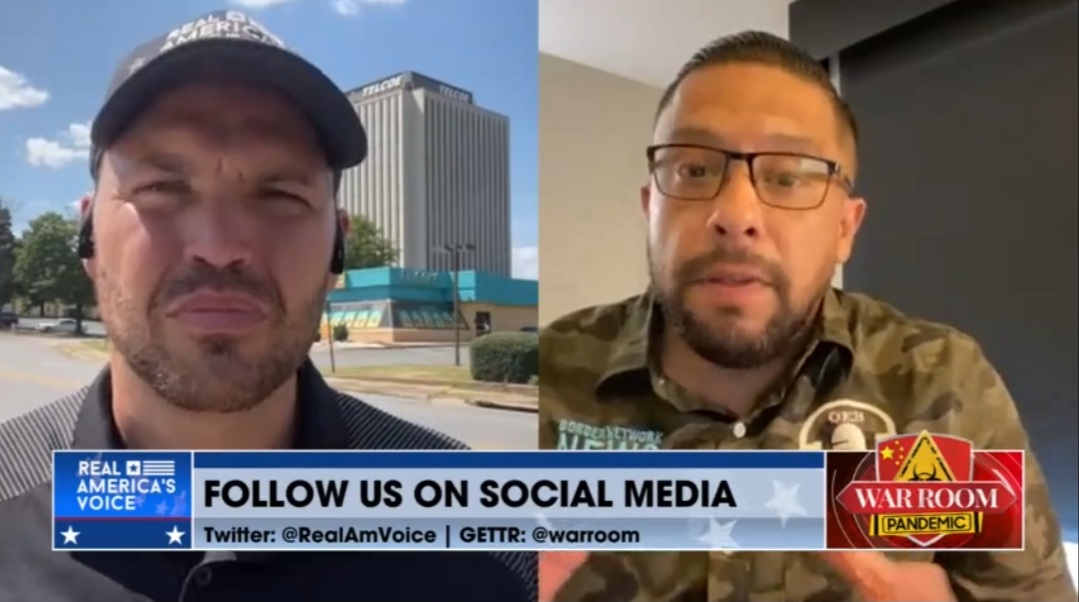 Both Bergquam and Bannon consider the border one of the most important stories to follow for the 2022 elections and beyond, as they report on how Democrat Joe Biden’s policies are impacting the people in both Mexico and the United States of America.

“Immigrants from Hatti and Africa, who are carrying terrible diseases, are displacing MS13 by taking over areas in Mexican communities,” Bergquam said. “You think of MS13 as the bad guys, and these people are worse. It is all being pushed by the Global elite.”

Bergquam talked about his interview with El Blue:

“El Blue says this is new colonization because the immigrants who are taking over these communities and they feel like it is all meant to cause a destruction of the US economy. That is going to cause a disaster for everyone. It is by design. I was told that the Mexican people are being hurt by this because of a 2018 UN agreement with Mexico to protect the immigrants,” Bergquam told Bannon.

In the interview, Bergquam spoke with El Blue, who was on the Guatemala border. El Blue reported that the area was being run over with immigrants from Hatti and Africa and that was their biggest problem.

“You used to be able to walk in the downtown area and now you can’t because of these immigrants who have overwhelmed the business of the Mexican people,” El Blue told Bergquam.

El Blue described a protest over the situation to be held on Saturday. “The immigrants from Hatti,” El Blue said, “also took over an apartment building of 200 apartments, charging 350 pesos night per person, and then they stack up to 20 people in a room.”

“They are being so aggressive, we had to report from the car, because they even told us that we could not report on the story in our country. When Joe Biden lifted the tariff there was an enormous influx of people with diseases like syphilis, gonorrhea and AIDS from immigrants who are overwhelming the system. It is unbelievable.” El Blue said.

Bannon was shocked at the report.

“This interview by Ben Berguam is so powerful and shows what the Global elites think of the working class of both Mexico and the United States. This is the future of our movement. We are going to get 2/3 of the Hispanic vote because of the elitists who run DC, who got the Biden regime in office, and this invasion of the Unites States comes up from Mexico. Look at the devastation,” Bannon said.