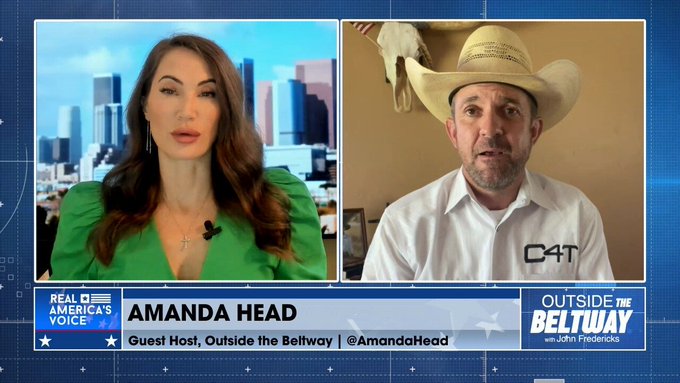 Couy Griffin, a commissioner in New Mexico and the founder of Cowboys For Trump, appeared on Real Americas Voice on Friday to talk about the federal lawsuit against him for his actions on Jan. 6th. The Government has gotten numerous extensions on that lawsuit and even admitted, according to court documents that they are withholding possible exculpatory evidence, denying Griffin a proper defense and the right to a speedy trial.

Griffin spoke with reporter Amanda Head, about the situation, and saying he is being pressured to take a plea deal with the Government. Griffin is refusing to do that, claiming he believes that the Federal government has no case, and is trying to stall and force people to look guilty.