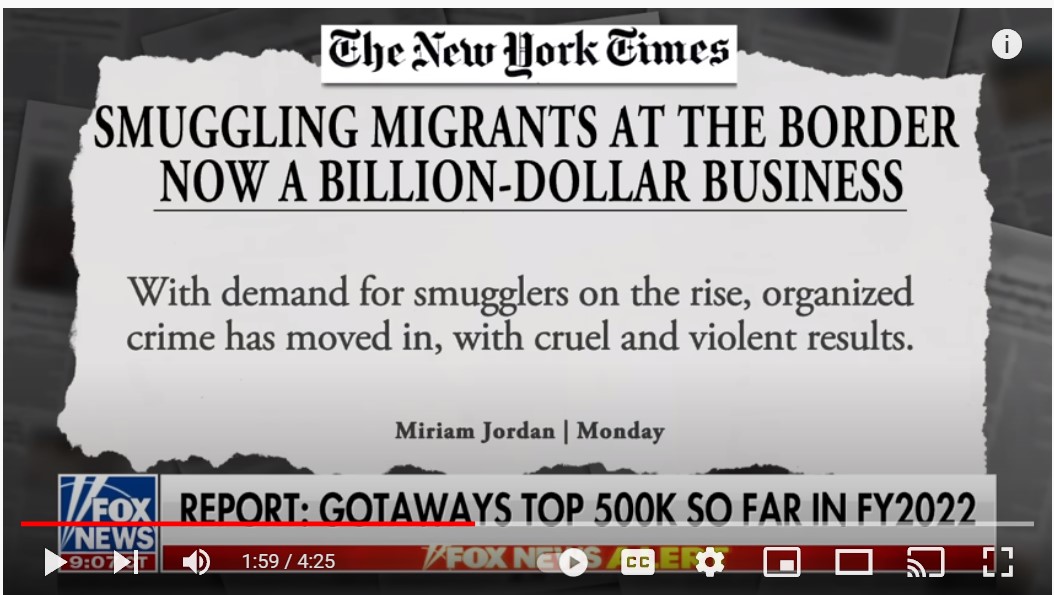 Someone who is dealing with the border crisis every day on the front lines is the mayor of McAllen, Texas, Javier Villalobos, who made a recent appearance on Fox News to talk about the Biden-led 900,000 strong- migrant invasion that has happened in just and a year and a half and the very lucrative business of smuggling for the Mexican Cartel.

FOX NEWS: You know, it’s incredible to have seen that , and actually, that’s kind of something that we’ve expected, but you know what? Let me tell you something. We feel a little bit better here and not necessarily because of the situation, but, but the immigrants for some reason have been going to different areas. We’re talking Eagle Pass. That real just like you show. Right now, we still have a lot of the issues, but we don’t have the issues like we have before. It’s, I don’t wish anything on anybody, but I, so I feel for you fast for the real.

VILLALOBOS: The numbers are incredible. But these aren’t also not the numbers we have before. It’s shipped it before it was Asylum Seekers trying to come in and now we have immigrants just coming. Regardless. So numbers are incredible and last month this is one of the biggest concerns I have because I used to say about it’s not necessarily border security or issues with border security or border crisis. I say was a national crisis and look what’s going on. We have issues at New York and Washington DC, and that’s exactly what we’re talking about because the immigrants were not staying here in the Border. They were passing through here, and that’s exactly what’s going on still right now. And this time a little bit more difficult.

We had 90 people that were gone from the terrorist watch list. How many people were not? And just like, y’all were stating that something that concerns us and concerns of very much. Not just as a support person, but as a country.

FOX NEWS: Here’s the headline, smuggling migrants at the border now, a billion-dollar business with the demand for smugglers on the Rise, organized crime is moved in with cruel and violent results.

VILLALOBOS: we have been seeing an increase human trafficking and the drug trade. It’s something that we didn’t see too much anymore a few years ago, but it’s incredible. What we’re looking at it wasn’t like this a couple of years ago and we’re hoping something that’s done.