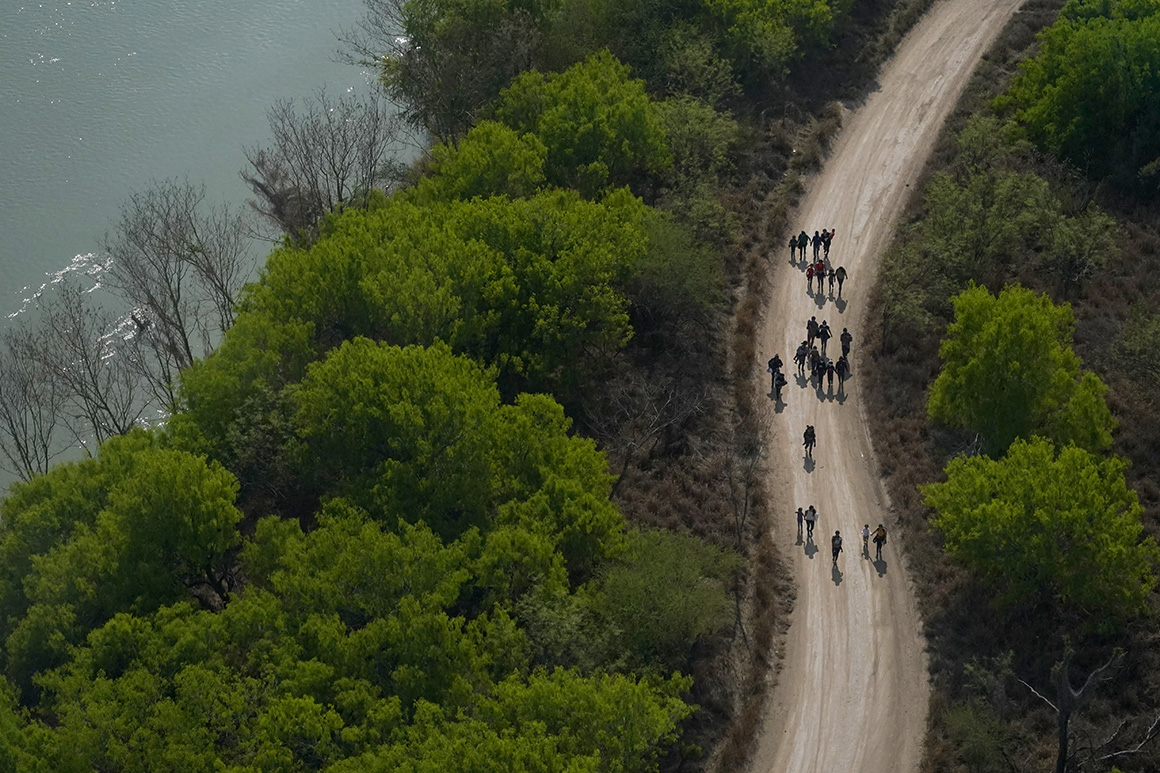 Ben Bergquam, the host of Real America’s Voice Law and Border, released a new video on Tuesday that shows how complex and frustrating the invasion on the Southern Border is for law enforcement of the tiny towns in the area- as their resources are stretched beyond the breaking point.

Bergquam described an area that is being infiltrated by illegals “who don’t want to be caught,” meaning they are smuggling humans or drugs- as opposed to the many migrants who are crossing the border n plain sight and looking for border patrol to address their needs- and transport them around.

Because of Democrat Joe Biden’s open border policies, many different types of migrants are being enticied to come into the United States looking for a new life, at the expense of US taxpayers.

Other invaders are using the open borders to smuggle in terrorists, criminals and drugs.

Bergquam on this day, is showing the apprehension of people who are attempting to be covert and who are running and hiding in the mountain as Border Patrol apprehends them.

Right now we got border patrol, who just apprehended 9 people and there are more people up in the hill right now at the base of this mountain. Border patrol is going after 14 more people and what’s crazy? We were just coming around the corner here- and there is a mountain lion going up the same road- so there’s a lot of activity on this stretch right here,” Bergquam said.

“These are the places that you’re not seeing from most media because we’re focused so heavily on places, like Yuma. But these are all people that don’t want to get caught and they get over here and show you some of them as they’re waiting to get for the transport vehicle, Mexican Nationals,” he said panning to show numerous Border Patrol vehicles on the road.

“We got one of the group’s the rest, their up, chasing up the mountain. So I’m going to head up there and see if we can apprehend them. We got a tie and Anthony staying down here, getting some aerial views of it as well. So let’s go see what we can find. But again these, this is what these guys deal with every single day,” Bergquam said in closing.