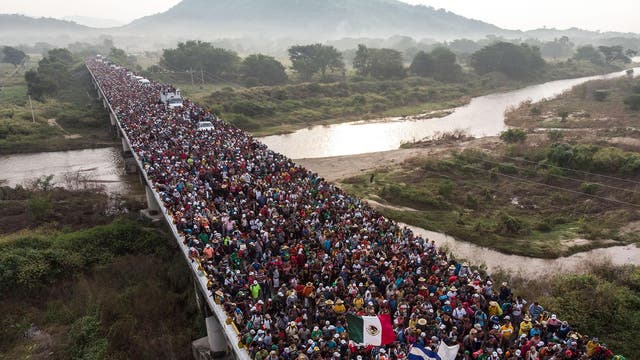 It is becoming a typical headline, that the US Federal Government has fraudulently been stealing money from the US taxpayer to fund leftist groups to help usurp the US Constitution and overthrow our Republic, thereby denying voters their voice.

This tactic by the left is not a conspiracy theory. This is the bureaucratic state at play is what we call “the Swamp.”

EXPOSED Key Point:  Department of Health and Human Services (HHS) and the Department of Justice (DOJ) paid $200.5 million in contracts awarded to a George Soros-funded, progressive nonprofit in the past year for legal services for illegal immigrants.

The lapdog-mainstream media has ignored all of the signs of this type of abuse on the American people for decades, but independent media sources are still playing watchdog:

Last year, according to watchdog group Open the Books, HHS awarded a $158 million contract for legal services for unaccompanied, undocumented minors to the Vera Institute of Justice, a left-wing advocacy organization that backs defunding the police, criminal justice and bail reform, and releasing illegal aliens from ICE detention. The contract is now at $164 million, as an additional $6 million was obligated by HHS in just the last week, according to the federal government’s USASPENDING.gov website. The contract amount could potentially reach $198 million.

“The Vera Institute of Justice is a behemoth progressive nonprofit based out of New York City with well over a $140 million budget, which they use to fund a slate of progressive causes and initiatives across the country,” Jason Hopkins, an investigative associate with the Immigration Reform Law Institute, told Fox News. “Whether that be criminal justice reform, bail reform and also immigration.”

The Vera Institute of Justice is Marxist. It is about class struggle.

“Our Mission: To end the overcriminalization and mass incarceration of people of color, immigrants, and people experiencing poverty. Our Vision:  Safe, healthy, empowered communities and a fair, accountable justice system.”

Marxism Is defined as pitting two groups of people against each other, so everyone needs to be in one of the two groups, the oppressed or the oppressor:

According to Marxism, there are two main classes of people: The bourgeoisie (the oppressor)  controls the capital and means of production, and the proletariat (the oppressed) provides the labor. Karl Marx and Friedrich Engels say that for most of history, there has been a struggle between those two classes. This struggle is known as class struggle.

So without any class struggle, there is no Marxism- and without a struggle, Marxists wouldn’t be able to steal money from the taxpayers and call it “Equity”.  So they invent struggles where there aren’t any and ignore struggles where are some; simple.

All of this because the US Constitution and it’s protections simply were not allowing these leftist groups to take money and use it for their own accounts.

It used to be that journalists could not bring up the usurpations of George Soros without being called “crazy”, but now enough people are firmly defending American civil liberties that it is safe to come out of the closet and say that the US government is funding groups to undermine us and they are using non-profits to do it.

Not only are we funding our own demise as a country, but the US Government also behaves as a third world system handing out massive wealth to their friends, to keep them employed while they push an agenda that will keep them all in power.

The evidence is right out in the open that the US Government is too big and they are also funding massive numbers of outside groups full of nonelected people.

Non-Government Organizations (NGOs) are given contracts to work with the government and they are routinely used to route money from the US tax base to fund leftist organizations and activists:

The five contracts reported on my Just The News were all funded by the Executive Office for Immigration Review, which received $284 million in new appropriations in the fiscal year 2022, carried over a balance of $48 million from FY2021, and also has “the authority to use $24 million of other budgetary resources,” according to its fiscal year summary.

“The Executive Office for Immigration Review is a sub-agency of the United States Department of Justice whose chief function is to conduct removal proceedings in immigration courts and adjudicate appeals arising from the proceedings,” according to the US Justice Department.

And that is a primer in “The Swamp”.