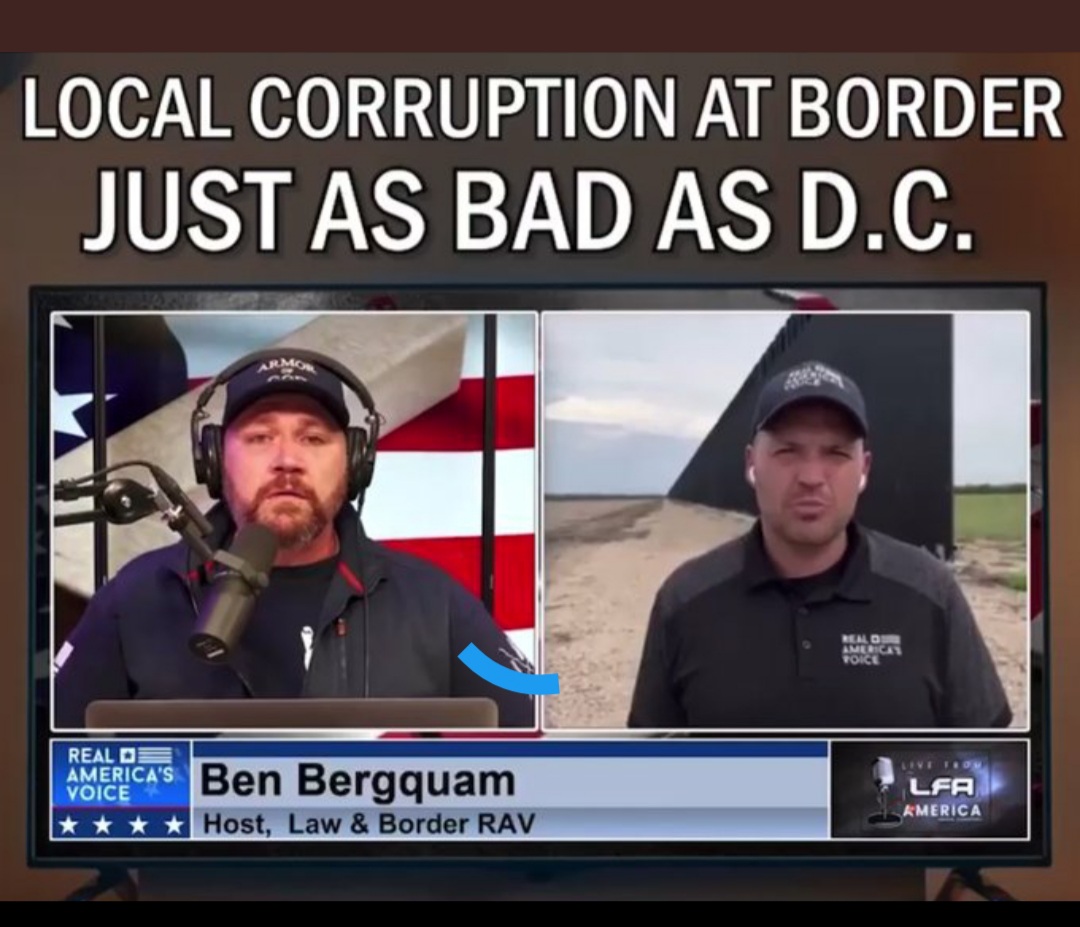 Ben Bergquam an investigative reporter and the host of Law and Border on Real America’s Voice, recently appeared with Jeremy Herrell to talk about the problems that are unfolding for Americans in towns and small communities around the Southern Border, as the disastrous policies of Democrat Joe Biden have allowed an invasion of foreigners upon the poor American people and for law enforcement there.

While Biden’s nasty approach to the border has caused misery, and people more and more are turning to President Donald J. Trump’s policies- the MAGA movement is growing more populus all along the border.

But there is a plan to thwart their action to get rid of the Democrats, according to Bergquam and Herrell, that unless people flood the voting places- will stand for a long time:

Here is the firey discussion. Here is the level of corruption in these small communities. You drive through them and what is interesting is that political signs are everywhere.  They are massive signs showing they spend more money on campaigns here than I’ve seen anywhere else.   When talking to locals, I found out what the truth is that happens here.  There’s massive corruption in these small border communities. They basically are just like what you see in Central America. It’s the same level of corruption you see in Mexico and Central America. Basically, you get into office, you hire the contractors, the community centers, and the schools, and all that, and you get Kickbacks paid to you, you see it all over down here.

So there is there’s a fight against the corruption, there’s no question about it. The people here are Maga,and  the people here are fed up with what’s happening on the border. So many people come up to me all the time, and they used to be quite  about it and they say, you know, we love President Trump.

First time there was  a win for MAGA  and a seat that’s been Democrat for 150 years, there is a shift happening but there’s also some really entrenched hardcore corruption. Not just from the cartels running the crimes but also just local corruption that has to be defeated, and it’s up to the people in these areas to stand up. There’s no question about it, they’re waking up, they just have to fight back against that corruption. There’s tons of money going to defeat them to keep the status quo and that goes Republicans and Democrats.

But mostly Democrat corruption down here on the border. Yeah. And those  Democratic and their NGOs are filling their pockets with your money.

Herrell is the musical star of ‘Build the Wall’, a sentiment that is building all along the border.