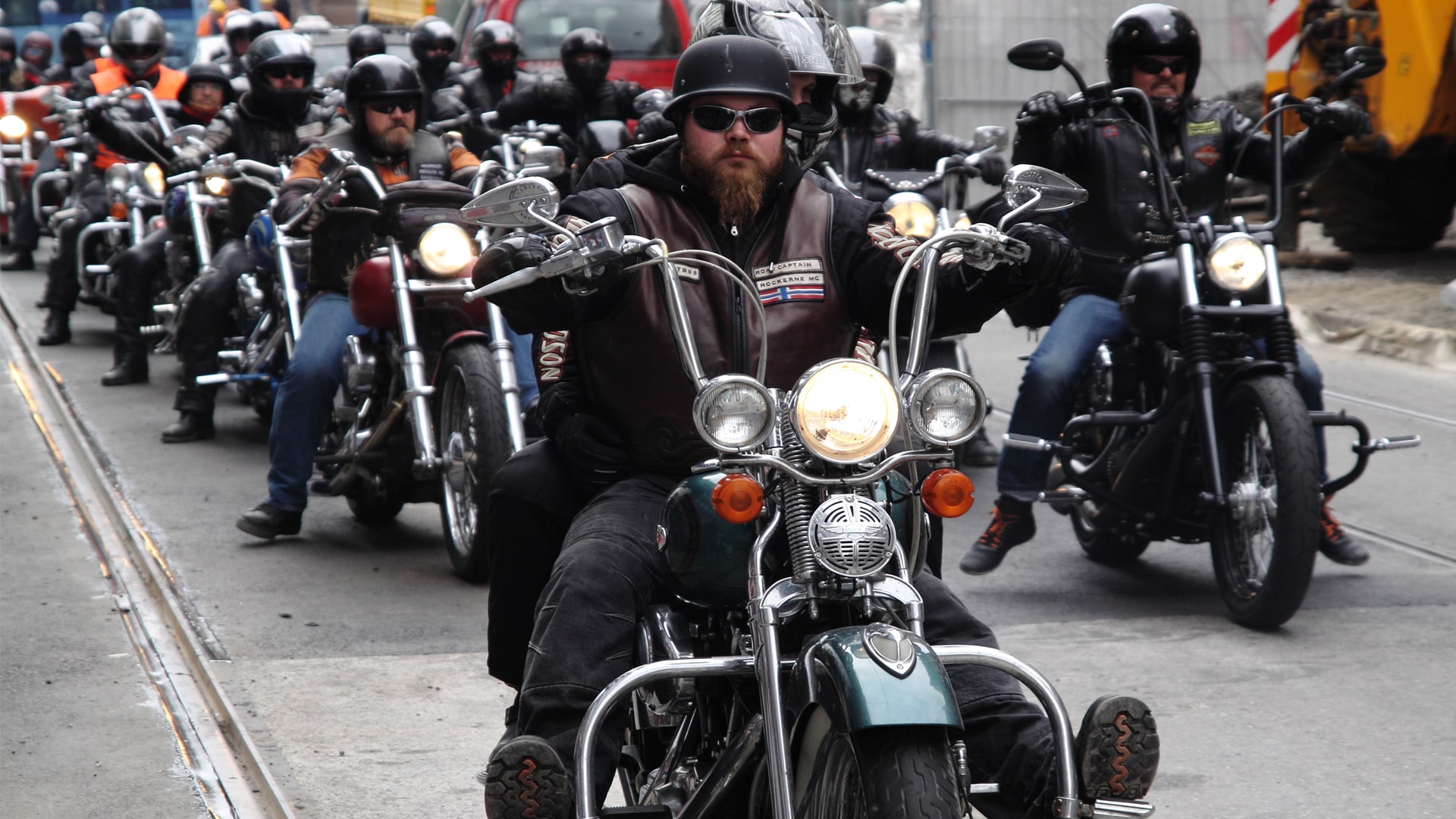 Ben Bergquam, the host of Law and Border on Real America’s Voice, has exclusive content which exposes a dire warning for our citizens that corporate media is ignoring. Through a series of interviews and videos, Bergquam tells a story of criminal enterprises growing into lucrative partnerships- that should blow the doors off the idea that we are safe in the USA.

“Profits and opportunity from the drug trade, where drug cartels have joined Biker gangs are what is endangering our communities now, ” one Texas sheriff told Bergquam.

Bergquam was on the scene in Port Lavaca, Texas, recently while filming for an episode of Law and Border and took the opportunity to investigate details of the drug trade between Mexico and the US. What he uncovered should alarm Americans- further- about the condition of our open borders.

He began his investigation at a funeral.

“Bandidos funeral in Port Lavaca Texas today. Hundreds of motorcycles passed by as tensions rise between biker gangs across Texas over cartel smuggling routes. More fallout and violence coming to a city near you because of #BidensBorderInvasion,” Bergquam posted, showing a large parade of Bikes riding behind funeral cars.

It is not a story that is on the national media’s radar.

“Sheriff. Boyd, talk to us again. We’re out here in Port. Lavaca at this funeral for the Bandidos, talk to us about the cartel biker gang connection now. We heard four to five hundred bikes were here today at the funeral and that is a significant line,” Bergquam said, asking about whether or not the Bandidos have joined up with the cartels in the past.

Here is what he told Bergquam:

Not with the motorcycle gang very much, just because they were not considered stable. So all these motorcycle clubs are now fighting for a part of the cartel’s money. So you’re seeing the Bandidos from the primary force down here.

The folks that are out there supporting open borders are saying it’s just, you know, compassionate because they are saying it is just women and children coming across, right? We are 170 miles from the border, and we are dealing with Cartel violence. I would call this an invasion of military-aged men,” Boyd told Bergquam.

“What would you need to fix this? What it, what? What needs to be done?” Bergquam asked.

“We need the border shut by the federal government,” the Sherrif answered.

Ben sought out other local law enforcement to talk about the escalation in violence between rival gangs and bikers groups that they are seeing in the area in the last few months.

Street gangs in Texas have been working with Mexican cartels, according to a gang threat assessment released in 2018, according to this article in KXON, but now- as Ben discovered- things are getting much worse as Biker groups are being used to run drugs as well.

“Gangs and their associates remain a significant threat to public safety, not only because of their penchant for violence and criminal activity, but also their relationships with other criminal organizations, such as Mexican cartels,” said DPS Director Steven McCraw. “This report provides an overview of the gangs operating in Texas, which gives law enforcement critical information to help protect our communities from these violent organizations.”

The 2018 report said there are as many as 100,000 gang members in Texas. That is a lot of distributors for the Cartels.

“The findings in this report are further evidence that the State of Texas must continue to do all it can to proactively and aggressively combat gangs operating in our state,” said Governor Greg Abbott. “With gangs continuing to pose a serious threat to public safety in Texas, our residents can rest assured that we will remove these ruthless criminals from the streets and bolster the safety and security of our communities.”

Abbott was on the case in 2018, but according to Bergquam’s report- things have gotten worse, and no one is paying attention other than a couple of local law enforcement officers.

Listen as Ben shows that the danger of the Mexican Drug Cartels has been compounded by the partnership of Biker groups, as exposed by Bergquam’s reporting:

Ben interviewed another officer after the funeral about the cartel biker gang connection.  Jimmy Coffran from the local Scolio sheriff’s office gave more details about how this activity affects the entire country.

Here is what he told Bergquam:

And more from his interview:

All that is changed as of a couple of years ago. The cartels have now started utilizing the biker, gangs the same as they do the prison gangs and their help you having them run drugs basically making the motorcycle gangs into contractors for the cartels in Mexico,” he said.

“And so what we’ve seen is a shift in their activity and the nature of their business, being from independent and unpredictable individuals.  The cartel has now attracted other motorcycle gangs across the United States to come in and try to get their bite of that pie. Those gangs are coming in and causing alot of disruption this last week.

You know we saw the shooting at in Corpus Christi. You saw one of the sergeants of arms of the Bandidos get beat up in his own Clubhouse. There has been some active violence taking place in between the various motorcycle gangs and as a result of other gangs like the bubbles coming in and trying to get their slice of that pie.

So there are quite a few motorcycle gangs, trying to dethrone the big gangs in Texas in an effort to obtain that money and those contracts from the cartel for themselves.  Another good example is the Calaveras, which is always been for Bandido’s work for them.

Now, they have broken away and they are starting to try to flex their muscle and show their force against the Bandidos and make an effort to win their own slice of the pie.

And so what you have is you have a presidential Administration in a federal government that encourages and allows an open border and ongoing unfettered criminal activity to take place. And therefore, there are other criminal organizations that can profit from that.

And so what we see is infighting within organizations for control of different Avenues of Revenue streams. That’s exactly what this is. This is a further limitation of not only persons from third world countries, such as these people being brought in that end up as slaves, the victimization of Americans in their communities themselves, through the violence and the influx of

People into their communities threaten our normal way of life, and it’s all over the result of federal policy and lack of enforcement. Thank you, sir.

All of this, puts more American citizens in danger. The communities are going to be affected by this. We’re going to see more violence going into the future, and it’s all tied back to Joe Biden and the open borders left their policies on our Southern border.