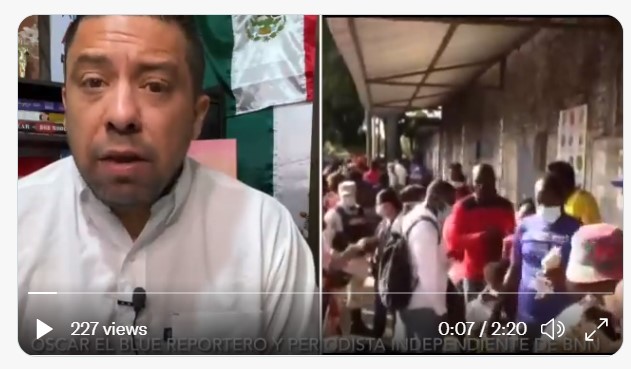 Oscar El Blue of Border Network News spoke with Americas Real Voice reporter, Ben Bergquam and told him about the way people who were preparing to cross the Souther Border illegally were bypassing medical stations meant to perform health screenings.

“According to pro migrant activist Luis villagran that he is located in Tapachula Mexico the border to Guatemala, they are more than 60,000 migrants spread all over the city waiting to exit to go to the United States of America,” El Blue said.

Please share this video to get the word out about the dangers unfolding on both sides of the border.