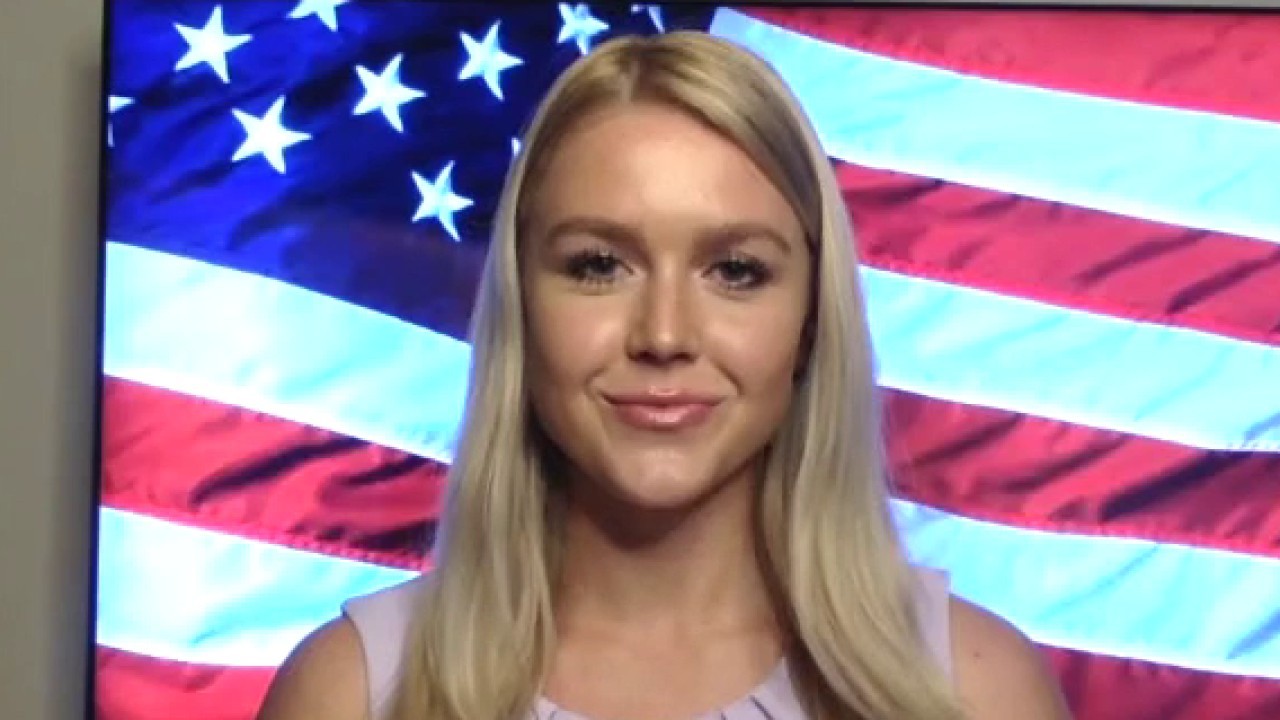 Karoline Leavitt is already a fighter in D.C. She is a 24-year-old former Trump White House staffer, a New Hampshire native, and she is running for a seat in the U.S. House of Representatives for the First Congressional District.  Leavitt has seen the indoctrination of America- first hand -and says she is proud to have signed the 1776 Pledge to put an end to the damaging effects of Critical Race Theory.

“I worked with President Trump’s Press Secretary, Kaleigh McEnany, and had battles with the media’s powerful ability to push their anti-American agenda,” Leavitt told me.  “I was right there with her.”

“Being tough is imperative to succeeding in a fast-pace West Wing environment, especially in a role where you are interacting with press,” Kaleigh McEnany was quoted as saying about Leavitt, according to Eagle-Tribune.

Why Leavitt signed the pledge:

Leavitt told me that she believes New Hampshire is ready for her. Her America First agenda could set the tone for many elections in what is expected to be a highly competitive 2022 political season.

What to watch for: The New Hampshire presidential primary is the first in a series of nationwide party primary elections.

“I am very happy with the response I am getting here in New Hampshire. It feels like my message is resonating with people and even the more moderate voters are supporting me, which is important espicially in a state like New Hampshire where we take the the lead in the primaries,” Leavitt told me.

“I stand with parents and I want to help them make sure our kids are not forced to wear masks in schools this Fall.  I am going to make a stand to demand academic excellence in our school system and that is why I signed this pledge, to ensure our kids are being taught a patriotic education, and not taught to hate each other based on the color of their skin.  That is what Critical Race Theory seeks to do,” Leavitt said.

According to a press release from her campaign office, here is more about the 1776 Pledge to ‘Save Our Schools’:

The organization played an extensive role in passing HB 544 in the New Hampshire State Legislature this past year. Adam Waldeck, President of 1776 Action, issued the following statement about Karoline’s signing of the pledge:

“After 1776 Action’s extensive efforts earlier this year to prevent the spread of divisive, anti-American ideologies in New Hampshire schools by supporting HB 544, we are excited that Karoline is the first candidate for federal office from New Hampshire to sign ‘The 1776 Pledge.’

As a young person, Karoline understands the pervasive influence of Critical Race Theory-inspired curriculum in K-12 classrooms, and she recognizes the urgency of our shared effort to restore honest, patriotic education for future generations. We encourage more candidates and officeholders to follow her example.”

Karoline added, “As a product of New Hampshire’s public school system, I am appalled at the actions that far-Left teachers unions, teachers, and administrators are taking to indoctrinate our youth. Our education system sadly lacks patriotism, no longer demands critical thinking skills, and induces monolithic, liberal groupthink.

As a young person, I have seen the devastating effect that this agenda had on my generation and continues to have on those younger than me — and it’s one of the many reasons that I am running for Congress. I will continue to demand academic excellence in our schools, and I am proud to be one of the first candidates for Congress in the entire country to sign the 1776 Pledge, which seeks to do just that.”

Here is the pledge she signed:

AS A CANDIDATE AND/OR CURRENT OFFICEHOLDER, I BELIEVE:

The left does not like the pledge as they prefer to have students focus on a more dramatic rendition of history from the point of view of people who feel victimized by the United States of America.

The left is determined to have their way. Leavitt appears to have the guts to have her way.

As stated, Leavitt is no stranger to standing up to the powerful forces of censorship and indoctrination.

Leavitt recently left her position as spokesperson for newly-elected House Republican Conference Chair Rep. Elise Stefanik (R-N.Y.) to return to New Hampshire. Leavitt made news last month when Twitter pulled down her account at the height of the GOP’s debate over removing Rep. Liz Cheney (R-Wy.) from House leadership and replacing her with Stefanik.

She has already been canceled by Big Tech, in an attempt to control her, yet she persisted on getting into a bigger fight with them by running for a bigger seat.

Look at her “street cred”:

I will be watching Leavitt’s campaign closely because it is always fun to watch someone fight for American values against the left- more  Leavitt stories to come.