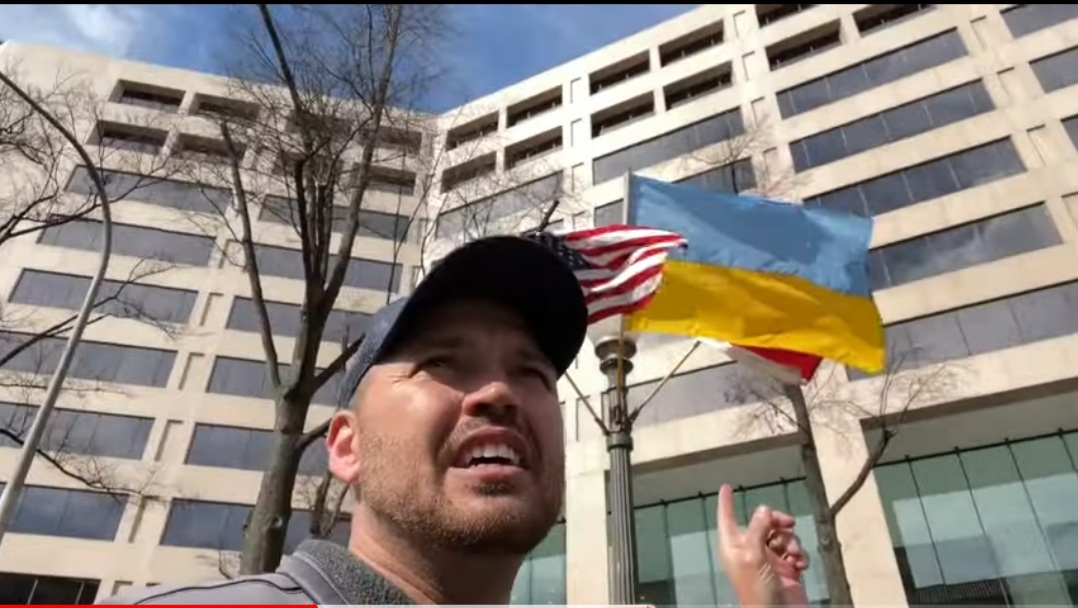 Leave it to the left to show their disgusting carelessness toward the American Flag, a symbol of everything the left hates; freedom and liberty for the poor and oppressed of the world- and a symbol which commands respect for people the left constantly violate- the men and women who have served in uniform to safeguard our nation’s sovereignty.

The Hill reported on the matter:

Of course it comes from leftist- Muriel Boswer…

If you ask yourself- if what you are about to see- really matters, you most likely are a part of the problem.

Ben Bergquam, an investigative journalist and reporter for Real Americas Voice and a frequent guest on the War Room with Steve Bannon, didn’t just keep his head down and pass by this obvious slight to the United States of America.

He noticed, he stopped, he made a video, and he gave the offense a name- and he said something. Then he elevated the people who did not give in to the left’s virtue signaling garbage.

What may appear to be a small gesture- is an important gesture to the watchmen of Liberty, who have stood guard over a fragile experiment in government for over 200 years, and the honor of those who mourn over fallen service members.

So yes- this is a big deal.

This happened in our Nation’s Capitol-  on our shared sacred ground, but with the left- nothing is sacred.

“Virtue signaling Democrats put the Ukrainian flag above the US flag all over Washington DC! #Pathetic slap in the face to every American, especially those who have served our country, but God bless the Willard Hotel!” Bergquam wrote, describing the following video:

This is highly offensive, no matter what Ukraine is going through at the time.

For those paying attention to the problem, here is some more information:

The U.S. Flag Code was first published in 1923 — nearly two decades before Congress adopted it in 1942. Although the Supreme Court reversed the act of flag-protection laws as a violation of free speech in 1989, the Flag Code continues to be followed by many as an act of tradition rather than a law.

But that doesn’t mean we should allow it. When enough people pressure the influencers who make these disgusting adjustments to our traditions, things will start to change in our favor again.

So- if you want to complain to anyone- here is the code- for all of the Patriotic Americans left in the USA.

§7. Position and manner of display

(d) The flag of the United States of America, when it is displayed with another flag against a wall from crossed staffs, should be on the right, the flag’s own right, and its staff should be in front of the staff of the other flag.

(e) The flag of the United States of America should be at the center and at the highest point of the group when a number of flags of States or localities or pennants of societies are grouped and displayed from staffs.

(g) When flags of two or more nations are displayed, they are to be flown from separate staffs of the same height. The flags should be of approximately equal size. International usage forbids the display of the flag of one nation above that of another nation in time of peace.

Is Violating the Flag Code Illegal?
No. While the U.S. Flag Code is a federal law, guidelines are only stated within the voluntary and non-binding language such as, “should” and “custom,” meaning there is no penalty for violating any of its provisions. This is because of the Supreme Court’s act in declaring the law unconstitutional in United States v. Eichman.

So- are you ready to vote for some American first candidates? We may even get some who want to change that SCOTUS ruling about our flag.

This is for the Willard Hotel. Call them and thank them.