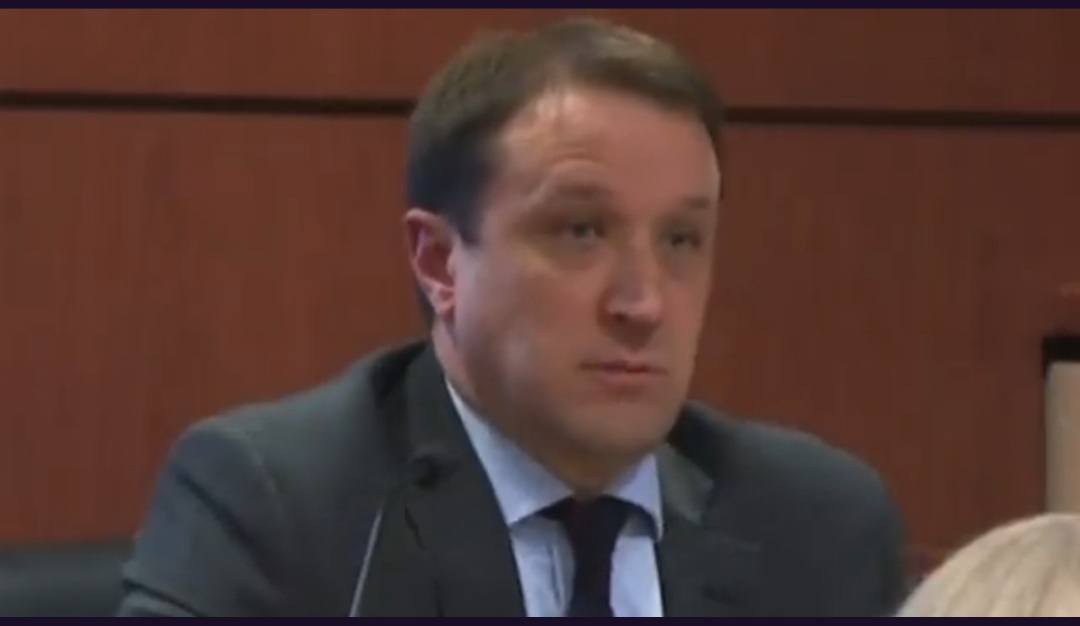 Ben Bergquam of Real America’s Voice and Jordan Conradson of the Gateway Pundit have worked together for weeks on covering the November election in AZ, as independent investigative journalists. The AZ election establishment has not been at all happy with their coverage, actually denying the two top reporters from having access to press conferences to try to shut them out of covering the real news for concerned Americans.

But that isn’t stopping the two from getting the story of the corruption in AZ.

What is emerging is that a good reason why the opponents of free and fair elections are so opposed to this duo of firebrands- it is because each one of them are in a ruthless pursuit for the truth over what happened, who did the dirty deeds, and why the elections were an absolute clown show in AZ last month.

They even ran after a story until they were breathless to see if they could get an election official to talk about the weird way that Democrat Katie Hobbs won her election with 17,000 ballots.

Kari Lake the Republican candidate for AZ governor is suing Hobbs and other election officials to figure out why so many things went wrong with voting machines and ballots.

This is a major takeaway of the two-day hearing this week as seen in a recent post by Bergquam.

In the following video, the opening scene shows an election official, Scott Jarrett, the elections director for Maricopa County, who is on the stand testifying about the sizing of ballots. Jarrett is asked about placing a 19-inch ballot image on a paper for a 20-inch image.

“Did you hear any reports of that happening in the 2022 general election,” the lawyer asked, Jarrett.

“If a 19 inch ballot image was put on a 20 inch paper in the 2022 general election, would that be a failure of your election process?” the attorney asked Jarrett.

Jarretts waits a few seconds before responding and said:

“It would… If something like that happened, which I do not know how it would, yes it would have been a mistake,” Jarrett answered

“Could it have also been a deliberate act?” the attorney asked.

“Again, you are asking me to speculate about things I have no knowledge of occurring, so I do not know if it is a deliberate act or not. I do not believe that that occurred.

The video goes on to day 2 testimony:

Day two testimony in the trial, Jarrett said, “What I recall from yesterday’s questioning is that there was a 19-inch definition which that did not occur as a valid definition. “

“So in the back and forth between our question and answer shows me asking you specifically about a 19-inch ballot image being printed on a 20-inch paper, you are now saying that you interpreted that as a ballot interpretation issue ?”

Jarrett looked nervous again, and continued to bob his head up and down in the affirmative for a few seconds while the lawyer asked his next question, saying:

“And you wouldn’t think it would be relevant even in that circumstance even to say Hey- we learned about the fit to print issue. When did you know about the fit-to-print issue?” the attorney asked.

“I mean in an audit reconciliation of those dorr three ballots, we identified some of those ballots as a fit to paper issue,” Jarrett said.

“When was that?” the attorney asked.

“I don’t remember the exact day, it was a few days after election day.,” Jarrett responded.

“Has this issued happened before?”

“So it happened, in Aug primary election, November 2020 election and Aug 2022 election?” Jarrett said contradicting his day one testimony.

Bergquam and Conradson running to catch up Jarrett:

Was it a lie of omission or commission? Bergquam asked. Were you coached by legal council to change your story,

He is running from us.

“Damning evidence of perjury and cover-up by Scott Jarrett at @KariLaketrial against Arizona election fraud. Tip of the iceberg…add in chain of custody & vote-by-mail fraud and it’s over for the Democrats! They can’t win without cheating! #KariWon @RealAmVoice @ConradsonJordan,” Bergquam posted.

For more about the lawsuit read: