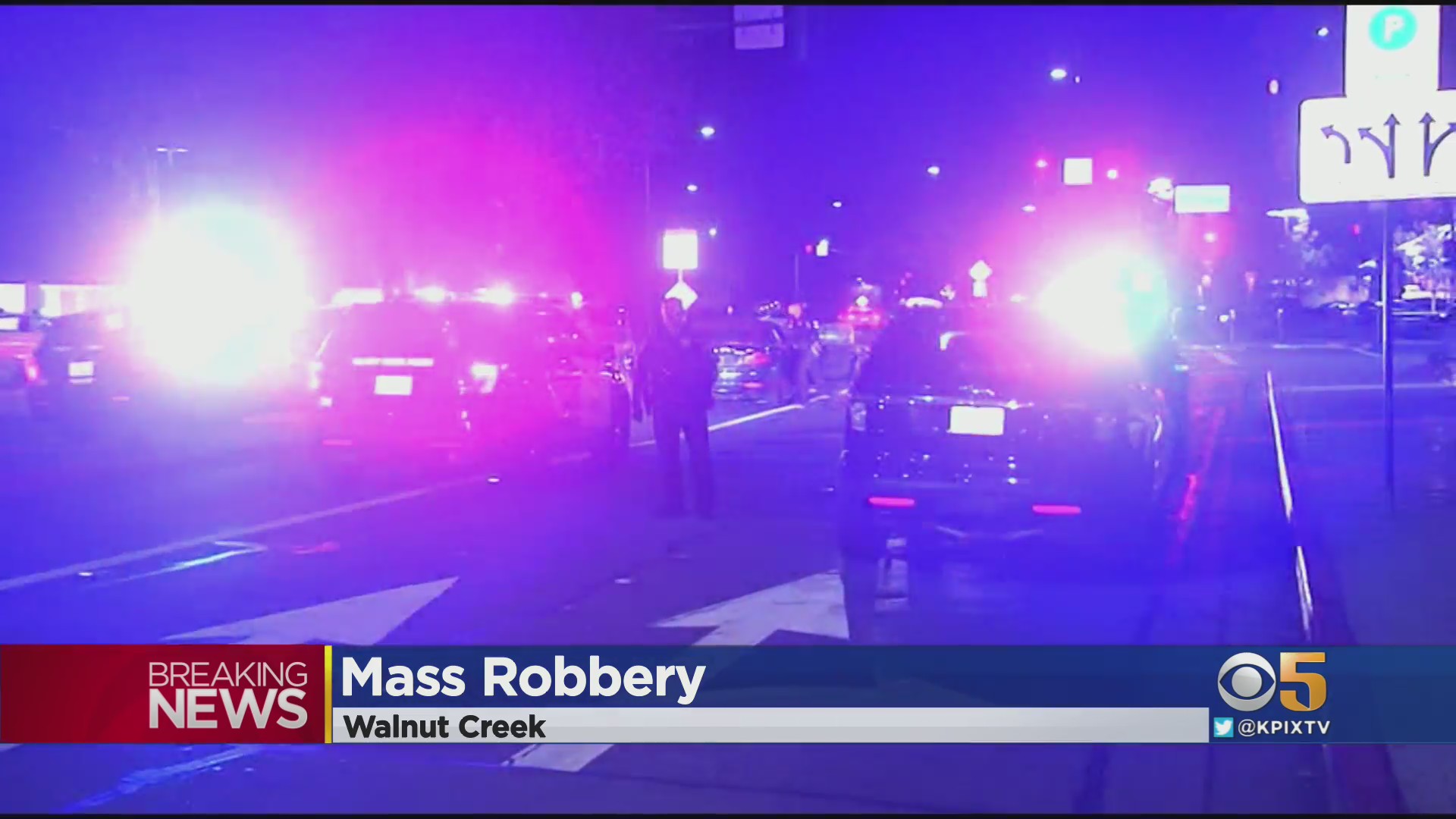 Organized crime is out of control in America after many communities suffer the consequences of the Democrat-led campaign to defund police departments around the nation. However, in one California community, with the introduction of their first LGBTQ police chief who is concerned with the Community’s needs for social justice- and relationships, things are not going so well for law-abiding folks.

Key Point: Walnut Creek, California, was the target of several leftist anti-police movements in the Spring of 2021. The Police department faced numerous lawsuits by leftist groups for police action during the George Floyd Riots and calls for reform. Answering the demands for reforms from Black Lives Matter groups, the city installed a homosexual police chief who is focused on LGBTQ concerns.

Here is the story of how one law-abiding, paying customer was caught in the middle of a frightening crime spree Saturday night.

CBS Local reported on the results of the reforms:

Dozens of looters swarmed into the Nordstrom store in downtown Walnut Creek Saturday night, terrorizing shoppers, ripping off bag loads of merchandise and ransacking shelves before fleeing in a several vehicles waiting for them on the street.

Walnut Creek Lt. Ryan Hibbs told KPIX 5 that police began receiving calls about the looting at around 9 p.m. He said there were approximately 80 individuals who ran into the store and began looting and smashing shelves.

Based on an eyewitness report, the looting appears to be very organized:

“I was in Nordstrom trying on shoes when this happened. It was absolutely terrifying. Two security started running in the store screaming ‘STOP’, 20 seconds later the large groups of people dressed in all black ran in the store straight to the designer bag section.

There was just lots of screaming. Customers were ruining out. I had to quickly get myself together while others helped me pick up my belongings. We didn’t know if they were going to start shootings or what. Crazy night,” a Norstrom customer posted on Twitter about Saturday’s organized looting of the store.

Jodi Hernandez posted footage of part of the scene from outside:

NBC News reported on the situation:

“Dozens of looters descended on a Nordstrom store and stole merchandise Saturday night in a raid that was over within a minute, police in Walnut Creek, California said.

Approximately 80 people rushed into the store in the city’s Broadway Plaza, a spokesperson for the Walnut Creek Police Department told NBC News.

They said that one employee was pepper sprayed, and two others were punched and kicked. All three sustained minor injuries, and were treated and released at the scene, they added.

The suspects were in and out of the store, which was open at the time, within a minute, the spokesperson said, adding that an undetermined amount of merchandise was taken.

Jodi Hernandez, a reporter with NBC Bay Area, was near the store when the raid took place. She tweeted that about 25 cars blocked the street during the incident.

People in the cars rushed into the store and jumped back into their cars before speeding away with goods, she said.

RESPONSE FROM THE LGBTQ POLICE CHIEF

Reforms do not seem to be effective if the focus is on stopping crime.

In August, Mercury news reported on the change in attitude for the police department, and the focus on the sexuality of the top law enforcement officer, instead.

“WALNUT CREEK — In an effort to more closely reflect the city’s demographics and seek a broader “diversity of thought,” Walnut Creek’s new police chief says he wants to recruit officers who bring a different perspective to law enforcement.

Jamie Knox, who officially started his job last week, points to himself as an example of someone who brings a new approach to the job.”

“There are not a lot of openly gay males in law enforcement, so there’s not a lot of role models for the LGBT community as a whole.”

Knox was most recently a San Leandro police captain and before that worked for the Novato Police Department from 2015 to 2017.

LISTENING TO THE NEEDS OF THE COMMUNITY FOR DIVERSITY

According to a press statement about Knox’s September swearing-in, Knox is good at relationships. “The chief of police is one of the most visible positions in any city operation, one that almost always is in the spotlight and one that works best when the chief has a strong connection not just to the women and men who serve with them, but to the community as well,” Wilk said. “As my fellow councilmembers and I have gotten to know chief Knox, he’s demonstrated that ability to easily form connections. Anybody who has met him has realized that.”

Wilk added: “Police work is more than just responding to 911 calls and enforcing the law. It’s about enhancing public safety and listening to the needs of the Community.. a community resource officer. We’re lucky to find somebody who will do that and more.”