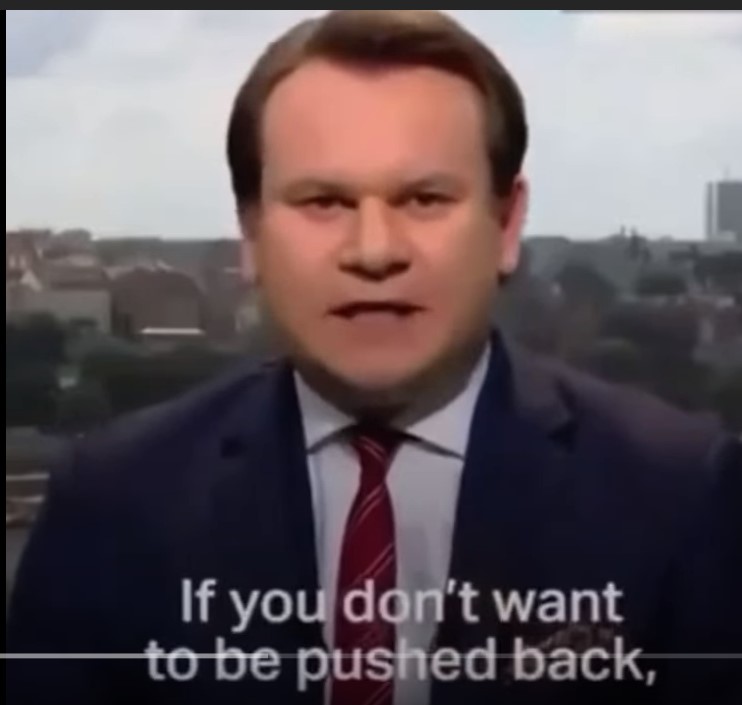 Check this footage out, posted by Frontline America founder Ben Bergquam, of a Polish leader not giving one care about being called names for protecting Poland’s borders and soverignity.

“This is why we have no terrorist attacks. I do not care what you call me. I care about my country and my family,” the Polish leader said after being called a racist by a female news card reader.

“If you come to our country illegally expect to be pushed back…, arrested… or shot!” Bergquam, who has spent months at the Southern Border of the United States,  recited from the video and posted with his expert advice.

“It’s time for America to do the same,” he said.

WHAT IS GOING ON IN POLAND:

WARSAW/BRUSSELS, Sept 30 (Reuters) – Poland carried out an unlawful pushback of a group of migrants camped out on its border with Belarus in late August, an analysis of satellite imagery and other photos and videos by NGO Amnesty International published on Thursday said.

Amnesty said that using satellite imagery from Aug. 18 it was able to detect the movement of these migrants from Polish territory back into Belarusian territory, shedding new light on their case, which has been difficult for NGOs and media to cover amid an ongoing Polish state of emergency along the border.

Rights groups have criticised Poland’s nationalist government over its treatment of migrants at the border, with accusations of multiple illegal pushbacks and failure to provide medical support as well as adequate food and shelter.

Polish border guards said four migrants died on the Polish side of the border in recent weeks. Belarusian officials said another person died just inside their territory.

Human rights groups and the media have not been able to access the border with Belarus since early September due to the state of emergency the Polish government was expected to extend by another 60 days starting on Thursday.

Among the thousands of migrants who have crossed into Poland since July, more than 30 have been stuck on the precipice of the Polish and Belarusian border since mid-August, with NGOs warning that many of them were in poor health and needed medical aid.

It is time for America to wake up to what the left is doing- just like Poland has.