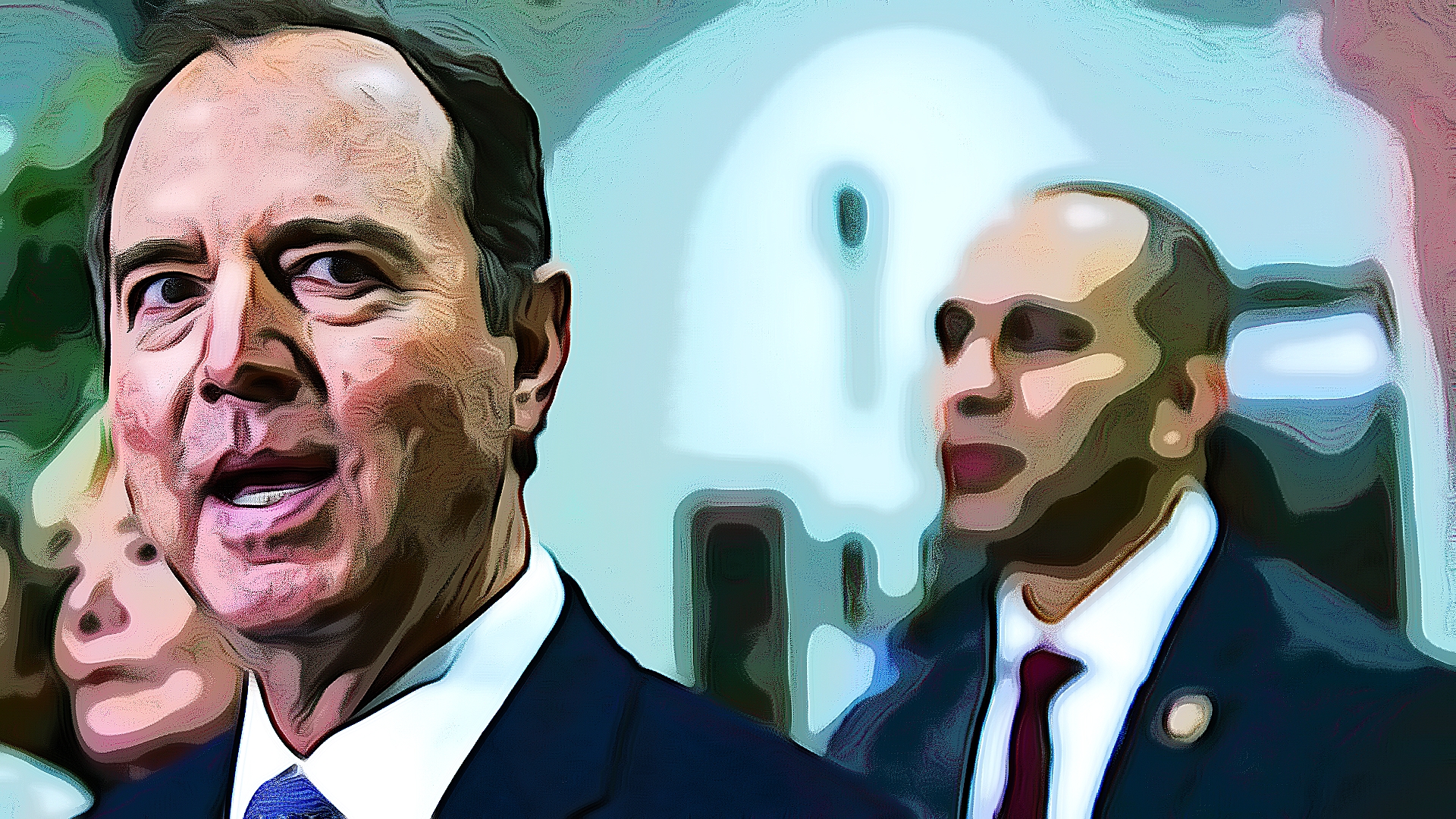 Americans are learning a tough lesson right now while watching as grassroots activists face the FBI’s brute force at their homes after participating in political activism.  Reality is setting in that members of the US House of Reps are allowed to lie, exaggerate and instill panic in the population- and American citizens are not allowed to do any of those things.

Consider the story of radical far-leftist,US Rep. Adam Schiff from California.  Schiff was a major source of scandalous details about the “Steele Dossier” which has been proved to a partisan pile of garbage, and the story is out that all of DC knew the dossier was a fake the whole time they used it.

Remember, this happens at the same time that American citizens are being detained for almost a year for entering the US Capitol, are being sued for waving Trump flags on a highway, and are being visited by the FBI over activism in election integrity. Compare the stories- note the contrast.

“I don’t regret saying that we should investigate claims of someone who, frankly, was a well-respected British intelligence officer,” Schiff responded. “And we couldn’t have known, of course, years ago that we would learn years later that someone who is a primary source lied to him,” Fox News reported.

Key Point:  Schiff knowingly passed the fake document, that created the cover for so much corruption against Trump, off as real- to assault his political opponent, the President of the United States. But all is fair in love and war, right?

SCHIFF’S WAR WITH THE PRESIDENT OF THE UNITED STATES

Since Schiff is protected by the Speech or Debate Clause of the US Constitution, he is allowed to lie.

Consider this recent ruling that found in favor of Schiff having the power to lie:

Judicial Watch sued the House Permanent Select Committee on Intelligence and its chairman Adam B. Schiff, seeking disclosure of all subpoenas issued to any telecommunications provider as a part of the Committee’s 2019 Trump-Ukraine impeachment inquiry and the responses to those subpoenas. The D.C. Circuit affirmed the dismissal of the suit. The Speech or Debate Clause of the U.S. Constitution bars the suit, providing that “for any Speech or Debate in either House, [Senators and Representatives] shall not be questioned in any other Place.” The Committee’s issuance of subpoenas, whether as part of an oversight investigation or impeachment inquiry, was a legislative act protected by the Speech or Debate Clause. “The wisdom of congressional approach or methodology is not open to judicial veto.” “Nor is the legitimacy of a congressional inquiry to be defined by what it produces.”

Congress is protected and can exploit their special privileges as much as they want to the media, on social media and to the American public.  You can thank Democrat voters for the Schiff clown show at the expense of Americans.

And even the US Attorney can lie under oath to Congress, but if you are Roger Stone, the FBI shows up at your house if you are accused to lying to Congress.

Remember, the story of  Garland’s and Schiff’s lies unfolds at the same time Garland, using the full power and weight of the US Government, sets up operations from the US Department of Justice to track and investigate American parents involved in political activism at school boards, from speaking their minds- because they might instill fear and panic.

Think of how the Democrats view Schiff’s lies to the American people, compared to Paul Gosar’s tweets about a fellow congress critter.  Gosar was stripped of his Committees over a tweet about AOC. Noteworthy-right? Congress is protected, the people are not.

This is why it is important to understand the people we send to DC.