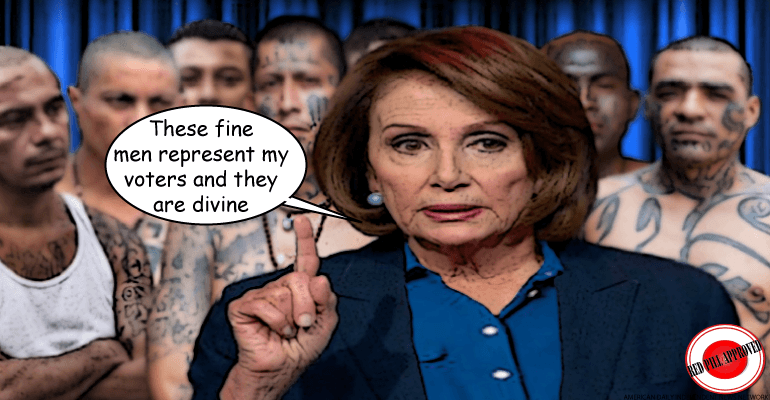 The debate over border issues has taken on a perilous turn as Republican Rep. Peter Sauber from Minnesota has gone to the public with his immediate concerns over Democrat Joe Biden’s policies, claiming that Congress is enabling foreign gang members with financial incentives to cross into America. To make it worse, Democrats, led by Nancy Pelosi, want to let those gang members, including MS 13, who has been in the news just this week, have amnesty and benefits.

“Four illegal alien MS-13 Gang members and another member of the violent El Salvadorian street gang have been arrested and charged with murdering a 29-year-old man in Montgomery County, Maryland,” John Binder wrote for Breitbart News.

STAUBER IS HAVING NONE OF IT!

Stauber’s office released the following statement calling the Democrats out for their dangerous plot against Americans:

Of these bills, Congressman Stauber stated, “Since day one of his Presidency, Joe Biden has been relaxing Trump-era immigration policies, and we are now facing a humanitarian and security crisis at the southern border as a result. And what’s Speaker Pelosi’s solution to this crisis? Legislation that will provide amnesty for millions of illegal immigrants and do nothing to secure the border.

Congressman Stauber followed, stating,  “These two bills are not just dangerous; they are morally wrong. Providing amnesty to millions of illegal immigrants will only encourage more caravans of migrant children and their families to make the dangerous trek to the southern border. Along the way, many of these children and women will be sexually assaulted or killed.

Congressman Stauber concluded, stating, “We must address this crisis at the border before it continues to get worse. That’s why I voted against Democrats’ attempts to undermine our immigration system and will continue to urge them to work on sensible solutions that will secure our border.”

Congressman Stauber offered an amendment to ensure murderers, gang members and criminals are not eligible for benefits under H.R. 6, and are instead prioritized for removal from the country. The Democrats blocked his amendment.

H.R. 6 will provide amnesty to millions of illegal immigrants:

H.R. 1603 will grant mass amnesty and a path to citizenship to over one million currently illegal farmworkers and their families, flooding the labor market with job competition for Americans.

Recall that Speaker of the House, far left radical Nancy Pelosi has already been called out for her admiration of MS-13, so her continued support of the gang life is curious.

As Arizona Daily Independent wrote at the time:

Pelosi first alluded to God, saying, “Some of us who are attracted to the political arena, to government and public service” believe that “we are all God’s children” and “there is a spark of divinity among every person on earth, and we all have to recognize that as we respect the dignity and worth of every person.”

She went on to say we must recognize that divinity in others, and it is our responsibility to do so because we have “divinity in us.”

You think she would have learned by now.