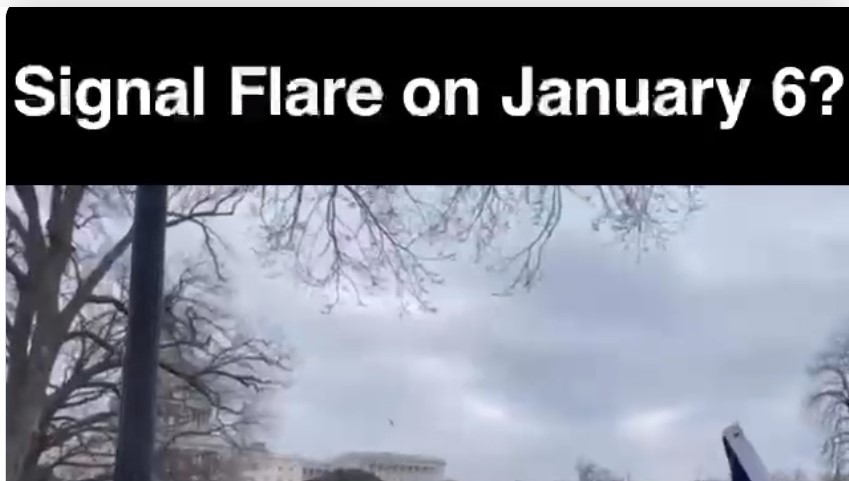 Democrats and Never Trumpers have made a cottage industry over their narrative about what happened on January 6th at the US Capitol, and they don’t seem at all interested in anything that might point away from them framing themselves as the victims, even when there is obvious video footage that combats their lies.

With their white knuckle grasp on politics and the American media, the Marxist left and their allies have used the entire weight and muscle of the US government to investigate every single nuance of their version of January 6th- brazenly ignoring footage and documentation that proves they are not at all the victims.

J6 expert Dave Sumrall, the founder of StopHate.com, told me that he has watched thousands and thousands of hours of footage from many different people, points of view and angles, of that day and has developed a timeline of facts so well illustrated he has produced a documentary. His story is not the same as the left’s.

Ashli Babbitt and other supporters of President Donald J. Trump are in fact the victims, according to Sumrall.

“I had heard about the flare and I searched all of the footage that has been sent to me for a flare and then I looked for a time stamp and talked to the man who took the video.  They didn;t notice it at the time, but it is clearly there in this footage,” Sumrall told me. “The flare happened moments before Ashli was killed in the Capitol.”

Consider this footage that Sumrall posted on his “Stophate.com” Twitter account. It is footage of what appears to be a flare, shot over the top of the US Capitol, on the 6th, a few moments before Ashli Babbitt was shot and killed inside the Capitol building.

Honest people would be curious about this footage for it’s an obvious indication that there was something orchestrated being communicated.

According to researchers- Flares have meanings.

“Flares are used for distress signaling, illumination, or defensive countermeasures in civilian and military applications. Flares may be ground pyrotechnics, projectile pyrotechnics, or parachute-suspended to provide maximum illumination time over a large area.”

Defensive countermeasures?  Is that curious? Should the US House Commission on Jan 6th be somewhat interested?

Here are some discussions on Twitter about the flare on social media.

There are also eyewitness accounts that at the time of Babbitt’s shooting, while Capitol Police were denying anyone had been shot, there were groups of men walking around, attempting to fuel the crowd with anger, telling them that a woman had been shot and killed.

Is that a coincidence?

To eyewitness I have interviewed, the men who were pushing the crowd seemed to be organized.

Someone at the New York Times knows who shot off the timely flare- but there has been no investigation into the motives of using such a signaling device.

According to a WIKI page on J6, the time is well documented as one of violent upheaval and misinformation.

“At 2:44 p.m., law enforcement was trying to “defend two fronts” to the House Chamber, and “a lot of members [of Congress] and staff that were in danger at the time”.[20][21] Pipe bombs had been discovered and Capitol Police officers had been warned that many attackers were carrying concealed weapons.[22]“

It is important to note here that no weapons were ever discovered concealed or otherwise in, on or around supporters of President Trump.