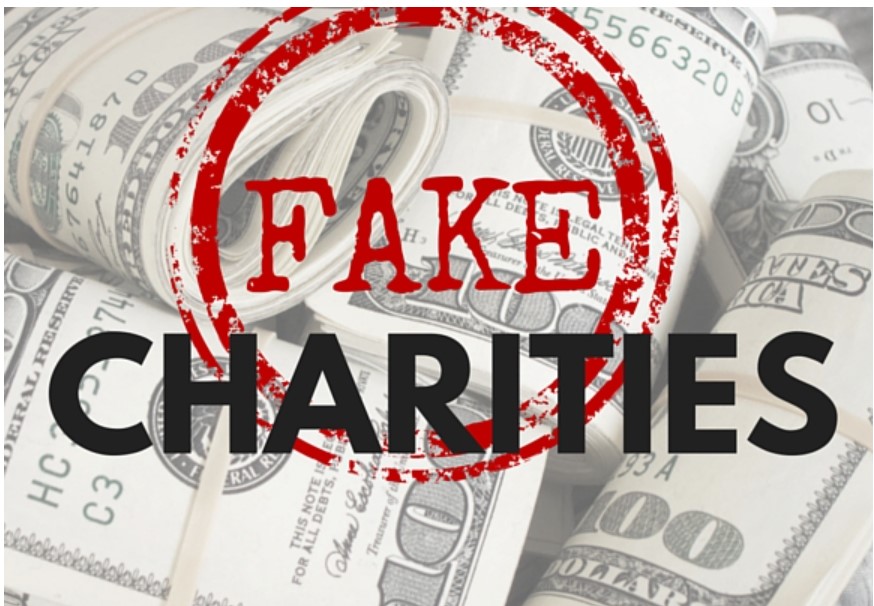 Listen- the left and the uniparty use fake charity nonprofits, political PACs and Non-Government Organizations to funnel money- from Lord knows where- around to different activist groups for the purpose of ushering in a Marxist revolution- and so they marginalize true American grassroots political activism against the growing Marxist influence in America.

When you start to research the topic you may find out that the machinery that gives us the promotion of these fake charities- to sway public opinion- and to influence, intimidate and harass voters and lawmakers, looks a whole lot like a mafia. And many people from both sides of the isle are making lucrative livings working for these groups- which are destroying the serenity of our country in many complex ways.

“The 501c3 pathway has become a conveyor belt for radical change in the USA, and not for the better. It is a vehicle by which BLM activists and others support their causes, but also generate massive income and achieve fame and political power. But for Chas Moore, his shady record and mug shots will forever haunt him,” reported Lauren C. Morris, a researcher-journalist-activist- and concerned American.

The following is her story, from her research:

Grifter? Swindler? Con-Artist? Fraudster? Racketeer? Or, Great Orator & Leader? You be the Judge!

What happens to a city when a black man who is a five-time arrestee and college dropout is anointed as the new moral authority on racial equity and police abolition?

What happens when the openly Marxist Black Lives Matter activist promotes the destruction of capitalism, shares ideology and goals with known subversives such as the Chinese Communist Party USA, marches with Maoist violent and riotous Red Guards, and associates with the antisemitic Nation of Islam?

When the black activist speaks predominantly on systemic and institutional racial oppression, victimization, and white supremacy violence against blacks, is this education with good intentions or is it criminal thinking and deception?

What if said black activist figures out how to make money on such a crusade, let’s say, through a 501c3 charity organization called The Austin Justice Coalition? What if the “charity” donations solicited for “increasing racial and economic equity for people of color and the poor through programs and initiatives in education, policing, civic engagement and community building” were instead used to defund the police and influence legislation? What if they were successful at that? Would you think that mission statement a scam, a well thought out agenda, or just faulty thinking and unintended consequences? What if that agenda was on a massive scale nationwide? Because folks, that is the case.

Does it become a crime or even a criminal enterprise worthy of RICO when the money comes rolling in and the trips and clothes reveal personal enurement from the funds? Are the expenditures warranted for such success? How can someone spend all that money and stay in compliance with the IRS codes regarding substantial activity when the mission statement contradicts the activity and what is legal under a 501c3 not for profit charity?

What happens to a city when the charity organizers and their associates achieve actual city council resolutions for white supremacy oversight, successfully defund the police by millions of dollars, impose mandatory “undoing racism” classes on the economic music sector seeking COVID money, and make millions in city contracts to impose critical race theory to the local cops? What if the economic sector was in fact score-carded on their racism and equity compliance? See article on equity in Austin HERE.

The following resolutions and actions were taken by the City of Austin in 2020 towards undoing racism programs and initiatives. These documents are supported by hundreds of emails, numerous City Council meetings, an Equity Commission, black consultants hired by the City; zoom meetings held between judges, the Chief of Police and Chas Moore on bail reform, street riots and rallies; and a liberal Austin press who produced over a thousand articles on Chas Moore and openly supported the protests causing Austin tax payers millions of dollars. It was an all out war on cops in lock step with Portland and Seattle. See previous article Austin Marxists Join the War on Cops. The language in the following documents is shocking:

Please visit Lauren’s site for the full story and follow her for updates on Austin Texas.

Remember Obama's $900 billion stimulus that included $4 billion for ACCORN and community organizations, that's what you're talking about. Where does the money actually go? It's entirely embezzlement. Same with foreign aid. $200 mil to study transgenders in Pakistan, yeah right.

A series on charity fraud is necessary because there is so much of it impacting our daily lives in massive ways.  We will continue to cover the topic.