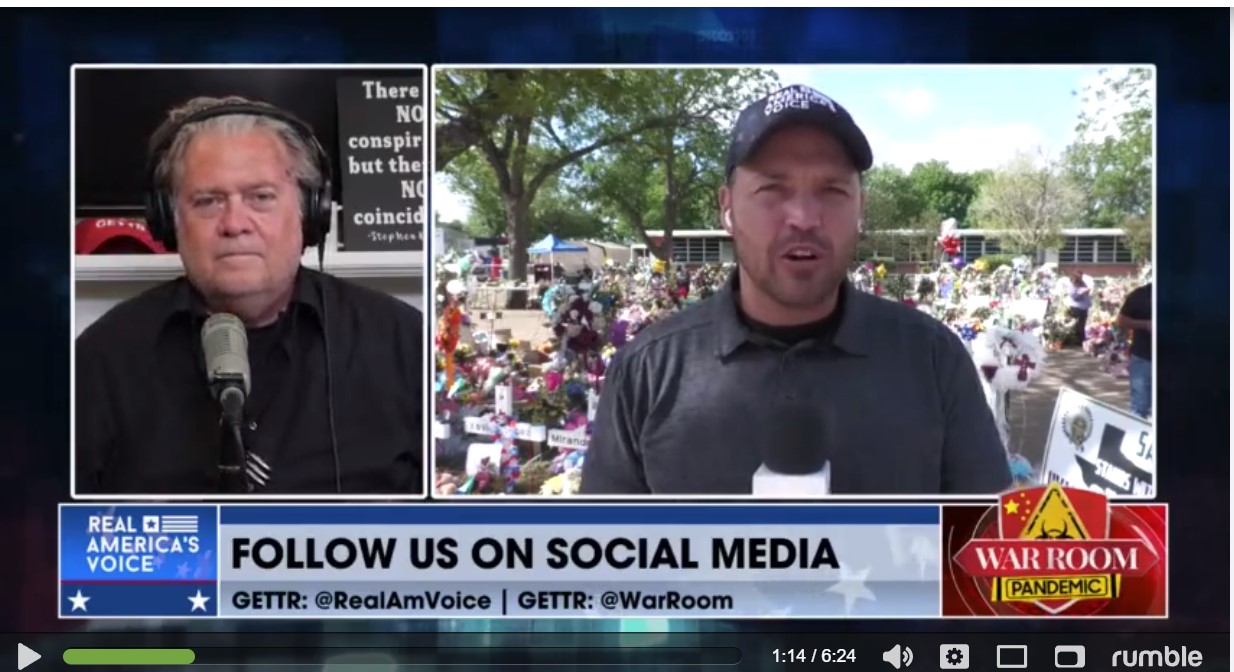 Everyone has had the experience of being in a pitch-black room and lighting a match or shining their phone’s light into the space and so they can see. Have you ever thought about how a house full of darkness can not overcome a small light?

That is what it means to be the light of the world.

Consider more about what the Bible says about John 1:5 : Here

What is happening is UValde is being described by Real America’s Voice Ben Bergquam as evil darkness. While on assignment in the area, Bergquam has interacted with many of the family members of the victims of the elementary school massacre just 10 days ago. The weight of the sadness he has seen impacted him for a few moments, and we see in the following video some raw emotion from him.

Bergquam joined Steve Bannon on the War Room, on Thursday, to talk about his investigations and to discuss some details about the community there that the lapdog media refuses to try to understand about the people and what they need.

They are not who the left says they are.

For example, “60% of Hispanics want a hard close of the border,” Ben Bergquam said, and followed it up by giving some great analysis about the reasons Hispanics really reflect Conservative ideology- far more than they do the “woke evilness” of the left’s agenda.

While talking about some of the demographics of the Community- Bergquam stopped short and while audibling welling up with emotion- he said:

“We need to bring the Lord back into this. The darkness here is so hard,” Bergquam said while choking back tears. “Every day is a funeral for a child that is near the age of my daughters,” he said.

And he prayed for Uvalde and for the nation.

When talking about the left, Ben said, “they do not want God in the country, and most Hispanics do want God, so it makes sense that they would be more aligned with Conservaitves”.

“All Conservatives just have to be conservative to win Hispanics,” Bergquam said, “and they do not want gun control because many of them are gun owners.”

The Left’s woke agenda is not playing well in the Rio Grande area, where there is a large Hispanic population, who Democrats claim as their base.

And once again Bergquam is out there doing the real leg work that we need- to properly understand this important story- and telling the world the tragic real stories of the victims on UValde who the Democrats are misrepresenting.

Watch and please join Ben in his emotional petition to the Lord, on behalf of Uvalde and the USA:

If you or anyone you know wants more information on how to become a Christian and how to learn about the saving power of Jesus- please consider contacting the Billy Graham Outreach.