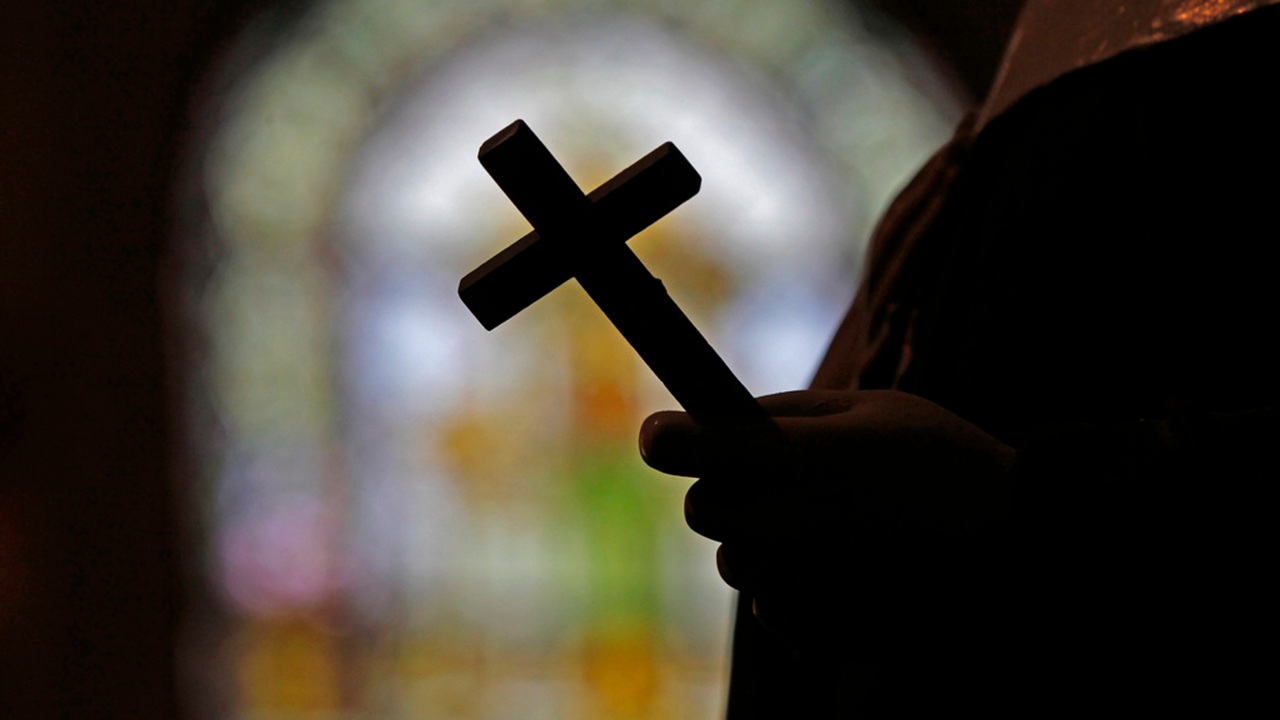 The following story highlights the persecution of Christians from two different denominations, in three different countries. One Protestant preacher in Candada, a group of Catholics in France, and a Catholic Priest in the United States- all rebelled against their governments at Christmas time and should serve as a cautionary tale for the Christian Church in general- ahead of 2022 elections.

A Calgary Pastor named Arthur Pawlowski has been hounded by the Canadian police for keeping his church open, with the latest arrest happening near Christmas, as police literally carry Pawlowski away from his car, while he lays flat, in a dramatic exchange.

The Rebel News caught it on video.

“You are sick,” a Canadian police officer says. “You are under arrest!”

“You are the Gestopo, so do this like Nazy style,” Pawlowski says in return.

Pawloski made international news last Easter time, as he rebuked Candaian police for entering his church.

Pawlowski is 48 years old, and he is a Polish-Canadian Protestant street preacher and political activist. He is pastor of the Cave of Adullam congregation in Calgary and previously led the Kings Glory Fellowship.

According to a press release from June 2021-

Pawlowski, who was born in Communist Poland and reached great success with his construction business in the 80’s and 90’s, eventually lost it all after a years long struggle with suicidal thoughts and alcoholism. After meeting the women who would become his wife, Pawlowski would be introduced to Christianity and has never looked back.

Since then, he has spent decades spreading the words of Jesus Christ and the teachings of the Bible, often to underserved communities like the homeless, has become well-known and respected in the Christian world for his willingness to take to the streets to encourage people to harness the power of faith. These operations are part of Pawlowski’s “Street Church Ministries.”

In response to the arrest Pawlowski’s church holds a church service outside to feed poor people, continuing their rebellion against the country’s mask mandates.

Pawloski’s trials and tribulations happened at the same time there is controversary in the Catholic Church in France, with people there holding a traditional mass outside in the rain, as a result of being denied their traditions by the Pope.

An American journalist in Rome reported:

“French Catholics in Saint-Germain-en-Laye in Yvelines (France), celebrating Christmas Midnight Mass outdoors in the rain. After #PopeFrancis‘s #TraditionisCustodes, the diocese won’t provide a church for them in which to offer the traditional Latin Mass.”

Life SIte News covered the defiance of one Catholic Preist, who sees the denial of Latin Mass as a real issue as well:

A cursory look on social media this Christmas Octave shows the righteous anger much Catholic faithful are feeling toward the Pope and Cardinal Cupich regarding the Mass.  Posts juxtaposing the Midnight Mass at St. John Cantius with that of Pfleger’s Christmas Eve “Mass” are flooding Facebook and other platforms.

It’s time for us to reiterate the Coalition’s philosophy for dealing with bishops, to share what we’ve seen regarding the response of the laity to our campaign, as well as the response of some traditional and traditional-minded groups to the latest attacks on the Traditional Latin Mass, and to put out a call for both courage and unity in the face of what our leaders are doing.,” wrote Father John Lovell, founder of The Coalition for Canceled Priests (CFCP), in an Op-ed for Lifesite News.