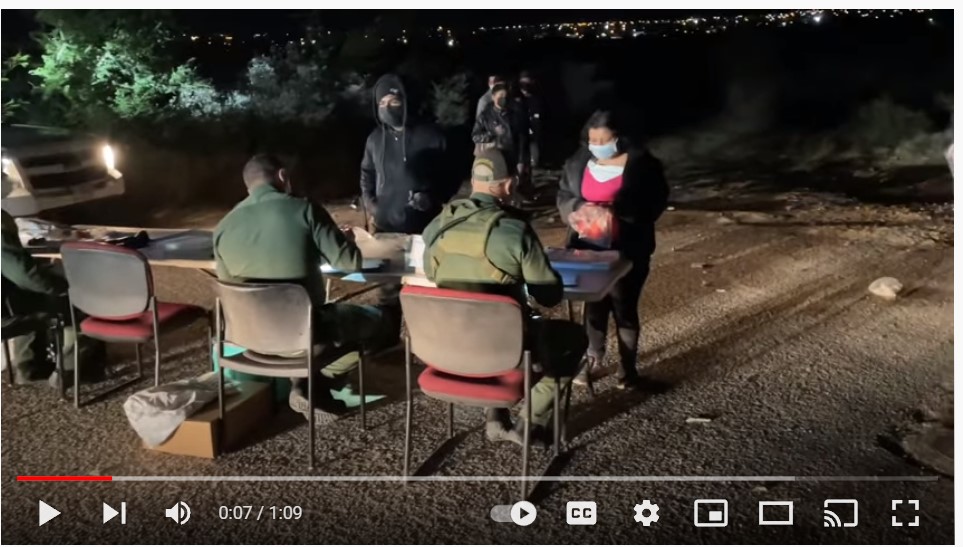 When readers know who to watch for real news information they don’t have to guess about what is happening around the United States of America, or who is responsible for the attacks on America’s border.

“Joe Biden is creating a disaster for the United States by letting undocument aliens run free,” Ben Bergquam, a frontline reporter for Real Americas Voice, said in his interview of a frontline law enforecment agent about the crisis on the southern border- and he is right.

Bergquam reported over a month ago that illegal aliens are being released into the country:

Check this out.  Stephen Miller, a top associate of President Donald J. Trump, reposted an Axios article on Thursday that supports much of Ben Bergquam’s  year-long work.

Bergquam’s exclusive footage of adults crossing the US border with young children, who are not related to them, as a cover for being in the country as a family is now a storline that is making it into mainstream media.

Bergquam has interviewed Border agents who have given him eyewitness accounts to report to the public to alert us to this exact danger that is unfolding, as confirmed by the Axios scoop.

Bergquam has been reporting that illegal aliens are overwhelming law enforcement- and they are being allowed to basically ‘run free’ into the country, unhindered, no matter their health concerns or their intentions for being in the county.

The Axios article retweeted by Miller confirms we have a problem.

” NEW: As of Friday, the U.S. had zero migrant families in detention facilities, according to internal government data obtained by Axios — with the last and largest facility used for family detention now being slated to hold only single adults,” Stef Kight wrote.

IOW, illegal alien adults traveling with minors are being released en masse throughout the USA. https://t.co/FMtSDFcsRI

According to Axios:
“Why it matters: The change marks a significant shift in immigration policy, and the fulfillment of an early call from then-presidential candidate Joe Biden to release families from Immigration and Customs Enforcement (ICE) detention.

Republican critics — and even some fellow Democrats from border districts — have complained the administration’s promise to be more accommodating to migrants has encouraged a northward flow all year.”