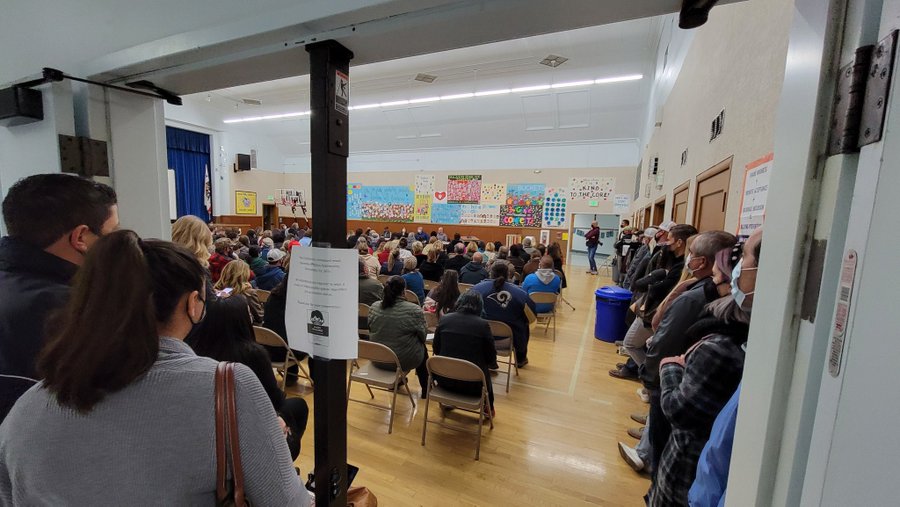 The two following videos should shock parents into action against a social justice system out of control in America’s public schools.  Some children are being convinced to change their gender pronouns, encouraged to attend LGBTQ clubs, and provided information from schools about hormone blockers, transgenderism and homosexual sex.

These things are happening at the same time some social justice warrior-teachers have learned how to change their school’s curriculum and insert their own teaching materials.  And some schools are finding obscene books on their shelves. We have to start connecting the dots.

Key Point: Between the problematic books, and the undercover investigations showing schools’ tactics to manipulate, spy, and indoctrinate children- parents must by now be aware there is a serious problem that needs intervention.

The totality of these actions could be considered “grooming” and these actions are being done to minor children, without the permission of their parents.  Parent activists have found proof of this corruption around the country with more frequency.

The usurpation of public education is worth a lot of money, but clearly, there are “true believers’ of gender theory who believe they are helping children. Parents are not happy, however.

“2 teachers at a California school reportedly coached a 12 year old into a trans identity behind her parents’ back. The school also changed her name and pronouns without informing the parents. This was the mom’s speech tonight:

The Epoch Times reported on the two parent’s speeches:

“Parents outraged over school staff who allegedly disguised the names of Gay-Straight Alliance (GSA) clubs at a California middle school are planning to voice their concerns at a school board meeting this week in Salinas. Jessica Konen has alleged that school staff indoctrinated her then 12-year-old daughter in an LGBTQ club disguised as an “Equality Club.” She told The Epoch Times she plans to speak at the Dec. 15 meeting at Spreckels Union School District (SUSD) during public comments. Two teachers at Buena Vista Middle School in Salinas were recorded coaching other teachers to conceal the nature of LGTBQ clubs from parents at a sold-out California Teachers Association conference held in Palm Springs, California, from Oct. 29 to Oct. 31. The CTA event was billed as the “2021 LGBTQ+ Issues Conference, Beyond the Binary: Identity & Imagining Possibilities. The teachers led a workshop called “How we run a ‘GSA’ in Conservative Communities,” and described the obstacles that they face as activist teachers to conceal the activities of GSA clubs from parents. SUSD officials have not responded directly to inquiries but SUSD did post an alert on its website notifying the community that school staff involved in the alleged incident have been suspended pending an independent third-party investigation. Konen claims that one of the teachers coaxed her daughter to join a lunch-hour “Equality Club” and began affirming her daughter as transgender.”

A poster known as Libs of Tik Tok reported on the push by the school upon their child to join a club for homosexuality called Gay-Straight Alliance, reminding readers that the teachers who hosted the clubs for students meant for them to indoctrinate children into the teacher’s lifestyle.

I wrote in the Spring of 2021 of that same mindset out of the Equity department in Wake County, where school resource leader Mindy Covin, spoke with a parent on camera about going around the parents to affirm a child’s chosen gender Identification.

Curriculum materials, to teach about gender are showing that there is a pattern of behavior by some school officials on how to groom children.  There can be no doubt about that when considering the following gender unicorn lesson plan, that has also emerged in North Carolina.

Parents are speaking out about the problems the schools are causing in regular parenting, but they get little assistance.

In this article, a Mom who reads from a school book that relies on vulgar language to make a point, after having tried to get the attention of the school board numerous times before.

In the coming days, I will report on how the school has loopholes to allow these books in their media centers, so they can indoctrinate children, and provide them with gender information- and it all comes out of the Equity Departments in public schools and these special clubs for LGBTQ.

Remember it all started with a Teacher Training on how to insert materials into the schools:

This is not a conspiracy theory- it is right out in the open.

It is time to connect the dots.