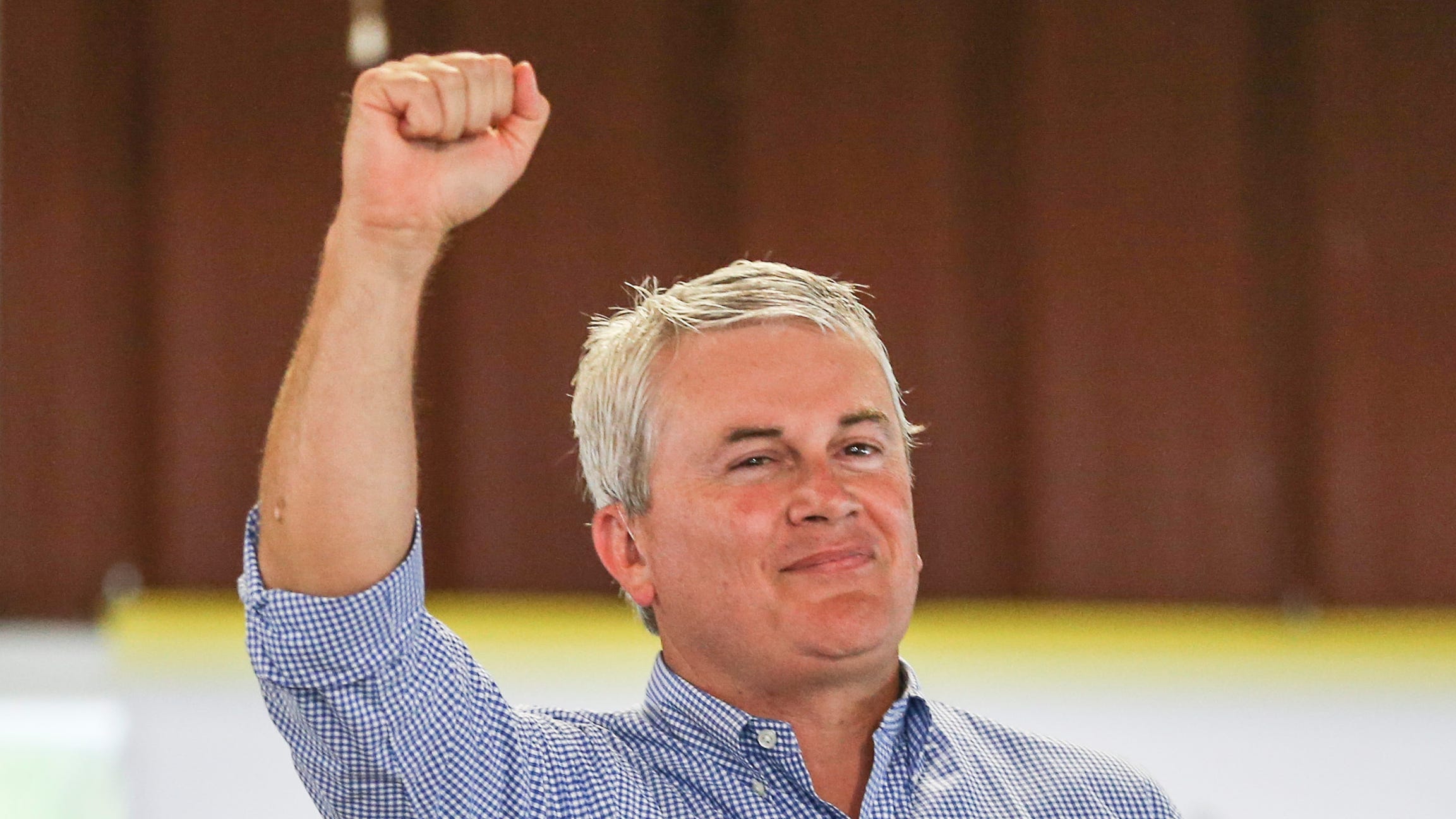 House Oversight ranking member US House Rep. James Comer, a Republican from Kentucky, gave radical far-left Democrat,  US House Rep. Adam Schiff of California, an opportunity to tell the truth about a massive hoax that Schiff has perpetrated upon the American people for over four years, and Schiff, being the deceitful human that he is- declined the offer.

“Every time the chairman, Schiff, rises to speak about his bill on intelligence and security and holding the president accountable,  I get excited thinking that we are going to hear about that evidence of collusion and all the other investigations that were conducted in this house over the past year,” Comer said on the House Floor of the US Congress.

Key Point: Schiff is the House Intelligence chairman. That is an interesting place for a man who is an established liar with a record of persecuting his political opponents. Schiff was defending his new Bill on “Protecting Democracy,” and Comer humiliated Schiff over past lies and blunders regarding Schiff’s past lies on the House floor.

Good thing the fight was all caught on tape and then deconstructed on Fox Business recently. The exposure of Schiff from Congress was just in time to help establish Schiff’s campaign of lies against US House Rep Jim Jordan, Mark Meadows, President Donald J. Trump, his supporters, other members of Congress,  and against regular citizens at the corrupt J6 House Committee hearing this week.

A BREADCRUMB OF LIES

Comer took Schiff to task, and Schiff was like a “doe in the headlights”, unable to defend any of his past deceitful actions.  In the following CSPAN clip, catch Schiff caught “dead to rights” on his lies:

THE FOUNDATION TO THIS WEEK’S NEWS ABOUT LYING ADAM SCHIFF

Comer appeared on Fox News to discuss his smackdown about Trump’s nonexistent “Russian Collusion” and said:

“We were discussing Schiff’s Bill, the Protecting Democracy Act,  and imagine that- a bill like that with that title. I was leading the opposition against and I offered to yield my time for Schiff to have some time- even after he had spoken twice and had not spoken about any of his investigations over the past four years.  I offered to yield him time so he could talk about the Steele Dossier and the Whistleblower that we never did learn that much about and all of that substantial evidence that he had.  And he could not come up with anything that he had not said before.”

COMER ON THE CASE

While Schiff lives in a fantasy world of fake news, Comer is still focused on oversight about the current President, Democrat Joe Biden and the Biden family’s direct connection to real issues.

“Every artist,” Ralph Waldo Emerson said, “was first an amateur.” Emerson was a century and a half too early, however, to witness the arrival of Hunter Biden – perhaps the only painter ever to land on the scene fully perfected.

His genius must be apparent given the exorbitant prices charged for a “Biden” and the level of interest (that is, none) from the congressional ethics sleuths who left no stone unturned regarding the extended trump family.

Nothing to see here, except artistic masterpieces.

After covering for the Bidens during the 2020 campaign – remember the Hunter Biden laptop? – Democrats and the press have kept the blinders on. President Biden promised to hold himself to “the highest standards of transparency,” and they are apparently willing to take him at his word. Consequently, they refuse to examine the odd arrangement between the White House and Hunter Biden’s gallerist, Georges Bergès, in which purchasers of his art are kept anonymous.

People can spend their money as they wish, but when dealing with the son of the sitting president, it begs the question who – and why – anyone would pay top dollar for items that are arguably worthless?

Foreign agents – and others – have obvious incentives to access Hunter Biden, and through him the Oval Office. And as we know, Hunter Biden has previously sought to peddle influence and access to his powerful father. Bergès has expressed his desire to be the “lead guy” in China for art, and his gallery is now covered by the Chinese media. Rather than plying patrons with free drinks and passed hors oeuvres, perhaps Bergès is offering a chance at something else.

This is not a problem Republicans are prepared to just chalk up to Hunter being Hunter. We intend to examine a president’s family member with a history of suspicious activity who is now engaging in an industry rife with criminal potential.

This is a potential national security issue with major ramifications for how this White House confronts a rival foreign power. Foreign adversaries, including China, have used transactions involving sham art sales to launder money and evade sanctions imposed by the United States. Art sold at inflated prices can easily be moved across borders and cash is often an accepted form of payment, which makes it challenging to track down who bought the art and where it is going.

We’ve called on the Bergès Gallery to provide us with documents and communications outlining its deal with the White House to keep Hunter Biden’s patrons anonymous, but they have ignored our investigation.

The American people deserve answers. That is why I have requested the U.S. Office of Government Ethics, the executive branch’s ethics watchdog, to launch an investigation into the agreement between the White House, Hunter Biden and the Bergès Gallery.

Additionally, I have called upon the chairwoman of the House Oversight and Reform Committee, Rep. Carolyn Maloney, D-N.Y., to hold a hearing to examine Hunter’s art deals. Given this committee has taken no action to hold the Biden administration accountable on any of the crises facing our nation – and was recently given an “F” in oversight by a nonpartisan group – I am doubtful Democrats will take the actions needed to canvass the White House’s ethical dilemma.

With or without the assistance of our Democrat colleagues, Republicans on the Oversight Committee will match Biden and his collaborators’ stonewalling with every tool at the minority party’s disposal.

Democrats must show their loyalties are to the country, not the Bidens.

In the meantime, Republicans are not buying what Hunter Biden is selling. We suspect it isn’t just art.