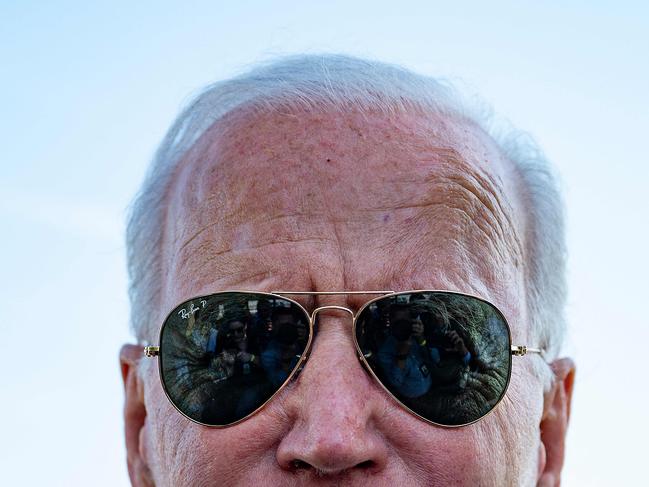 Something strange happened to the ’81 Million voters’ who supported Democrat Joe Biden in the 2020 Presidential election; they disappeared. Biden has lost Democrats- including Hispanics, Black Americans and other voters.

Bill Clinton jumped in to defend the sinking Biden, offering some word salad, saying: “Former President Bill Clinton has praised President Joe Biden, saying he has placed greater importance on helping the American people than worrying about his popularity in polls in a write-up he submitted for Time’s 100 Most Influential People of 2022.”

So the Democrat company line is that Biden is doing what is suitable for the people, even if they don’t like it.

Ah- Daddy Government is so wise.

Not that Biden voters were ever that vocal, but it has been difficult to find supporters of Biden’s to ask them how they are feeling about the most historically popular Presidential candidate in the history of the world, right?

But we do have pollsters with some interesting data.

And it looks like Biden’s support has scattered into the wind and gotten blown away because Joe Biden is now one of the most unpopular presidents in the history of the world.

Check this out, according to MSN’s Jason Lange:

U.S. President Joe Biden’s public approval rating fell this week to 36%, the lowest level of his presidency, as Americans suffered from rising inflation, according to a Reuters/Ipsos opinion poll completed on Tuesday.

The two-day national poll found that 59% of Americans disapprove of Biden’s job performance. His overall approval was down six percentage points from 42% last week.

Biden’s approval rating has been below 50% since August, raising alarms that his Democratic Party is on track to lose control of at least one chamber of Congress in the Nov. 8 midterm election.

In a sign of weakening enthusiasm among Democrats, Biden’s approval rating within his own party fell to 72% from 76% the prior week. Only 10% of Republicans approve of his job in office. As low as Biden’s overall approval rating is, it remains higher than the lows of his predecessor, Donald Trump, whose approval rating bottomed out at 33% in December 2017.

This year, Biden has been dogged by a surge in U.S. consumer prices, with Russia’s invasion of Ukraine helping drive fuel prices higher and global supply chains still hindered by the COVID-19 pandemic.

The Reuters/Ipsos poll is conducted online in English throughout the United States. The latest poll gathered responses from a total of 1,005 adults, including 456 Democrats and 358 Republicans. It has a credibility interval – a measure of precision – of four percentage points.

And on top of that, according to Maria Bartiromo, only 18% of Americans feel that the country, under the leadership of Biden, is on the right track:

Biden’s approval rating remains underwater, and more than 80% of registered voters say the U.S. is on the wrong track, according to a Thursday poll from Monmouth University, Fox News reported last week.

The Thursday poll found that Biden’s approval rating sits at 38%, with 57% disapproval. Those numbers are down from March when Biden had a 39% approval and 54% disapproval. Monmouth also found that just 18% of Americans say the country is on the right track.

Monmouth polled 807 Americans from May 5-9, reporting a margin of error of 3.5%. It conducted a live telephone interview with each of the respondents.