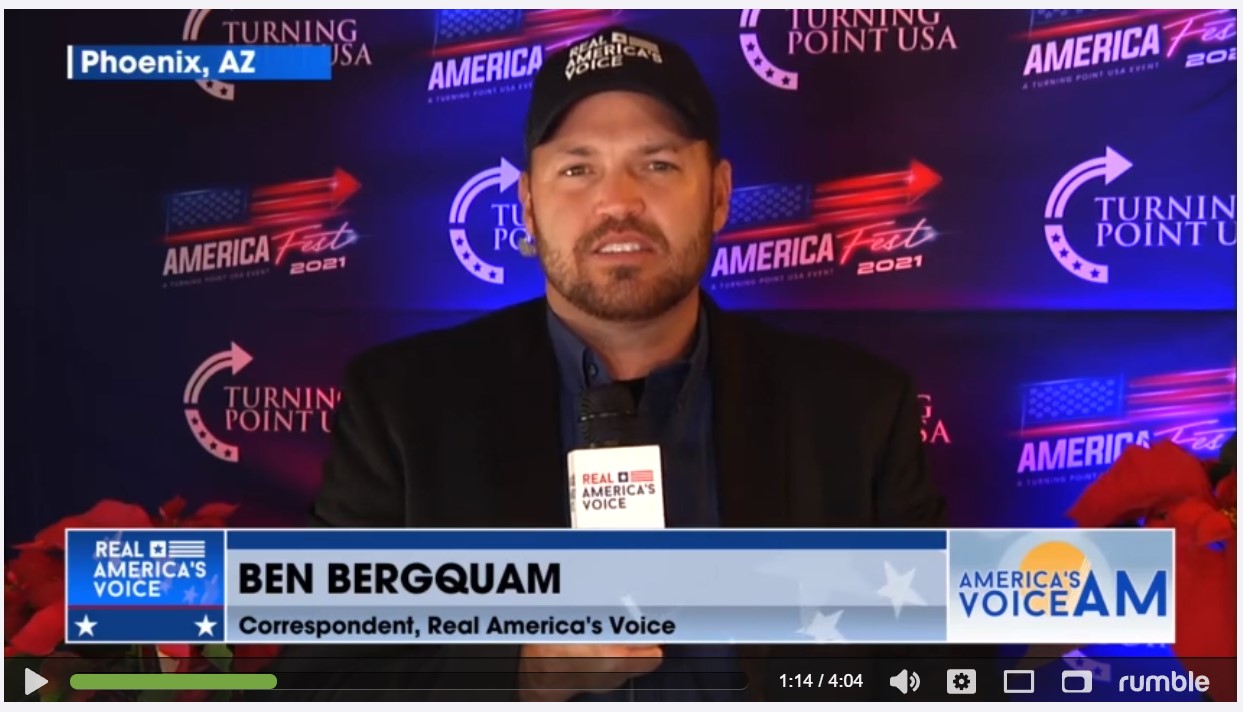 Ben Bergquam reported from Turning Point USA’s Arizona event this week, AmFest, and had a significant update on the state of Conservative politics; Young people are getting into it.

The event hosted exciting speakers who inspired many new people to be a proponent of small government- also called Conservatives.

In the video below- Bergquam is heard saying:

“There is excitement for the future and there is a vision for where we are going. The young people here understand the issues and they really love Real Americas Voice,” Ben Bergquam told show hosts.

” I interviewed numerous people and we talked about the Government regulations that we are seeing, that are unprecedented. These people want less spending, they want a smaller government. They want God-Family and County back. They are tired of the woke theory, all while the Democrats allow this invasion. The double standards are making people sick of the Democrats,” he said. “Conservatism is the new counter-culture.”