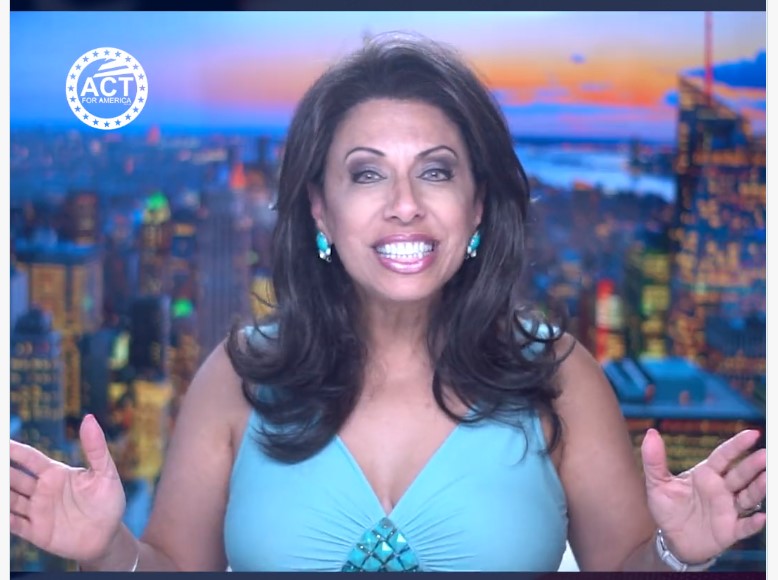 Ben Bergquam had an opportunity to interview Brigette Gabriel, who describes herself as a survivor of terrorism and Founder & Chairman of Act For America. According to her Bio, Gabriel is an NYT Best-selling author and a National Security Expert.

Bergquam and Gabriel met up on a recent trip to Washington DC. Gabriel told Berquam about her concerns over the Southern Border and the amount of Islamic extremism that was flooding into the United States of America and who she felt was behind it all.

Here is part of what she said:

“We now have arrested 76 terrorists who are now in our jails across the border this year,and we have arrested more terrorists recently than we have in the last five years, combined. And of those are the ones that we know about.

How many others have come through the border that we do not know anything about? We know right now that the estimation of all the people that cross the border is about 3.5 million. But with the ones who got away, we estimate about 5 million single adults have crossed into our country. And that is one hundred and eighty percent more than our active military.

So this is almost double the size of our active military. What are we doing when we know for a fact that Hamas, for example, has a Command Center in the tri-states in South America, acting as a proxy for Iran.

So now Hamas has committed terrorist attacks on four continents across the globe, has a big command Center in South America and they are working with the Mexican drug cartels in sneaking terrorists into our country.

So we have so many things to be concerned about yet, our government is not paying attention. As a matter of fact, Biden is kissing the feet of Iran. Sending them cash in the middle of the night, trying to work a deal with them. Well selling our country and that’s why we cannot leave it up to our elected officials. This is exactly why I started Act for America. Go to act for america.org and click on our Act Now campaigns because we have campaigns on the federal level and the state level on multiple issues; we notify you when there are bills coming down for a vote, and we empower you, the citizen, to become a powerful voice in your community and our nation.”