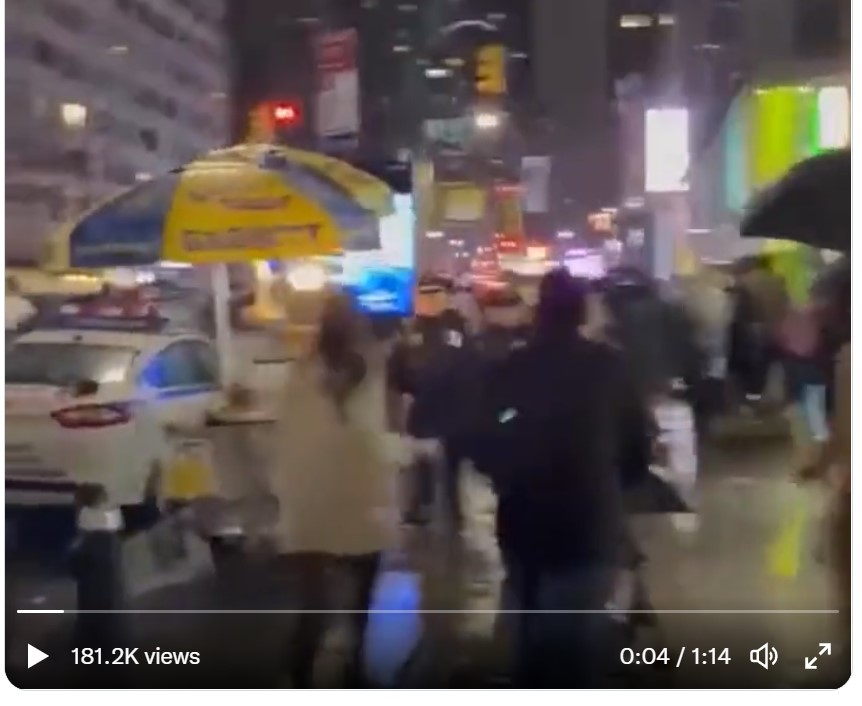 Under Democrat Joe Biden, crime is surging all over the country.

A rookie police officer on his first day on the job was stabbed with a machete on New Year’s Eve — just blocks from the heart of the celebrations in Times Square, according to police sources.

The officer — who graduated Friday and was assigned to a Staten Island precinct but was working the New Year’s Eve detail for the night — was stationed at West 52nd Street and 8th Avenue when the machete-wielding madman approached him and another officer around 9:30 p.m., NYPD sources told The Post.

The rookie cop was slashed in the head, prompting another cop to shoot the suspect, striking him in the shoulder, the sources said.

The suspect, a 19-year-old, was arrested and taken to Bellevue Hospital.

The stabbed officer was taken to a nearby hospital and is expected to recover. The other officer was also struck with the weapon but not seriously injured.

Here is some video footage… this article will be updated as information is released.

From Press conference, 19 year old suspect was shot and is in custody: