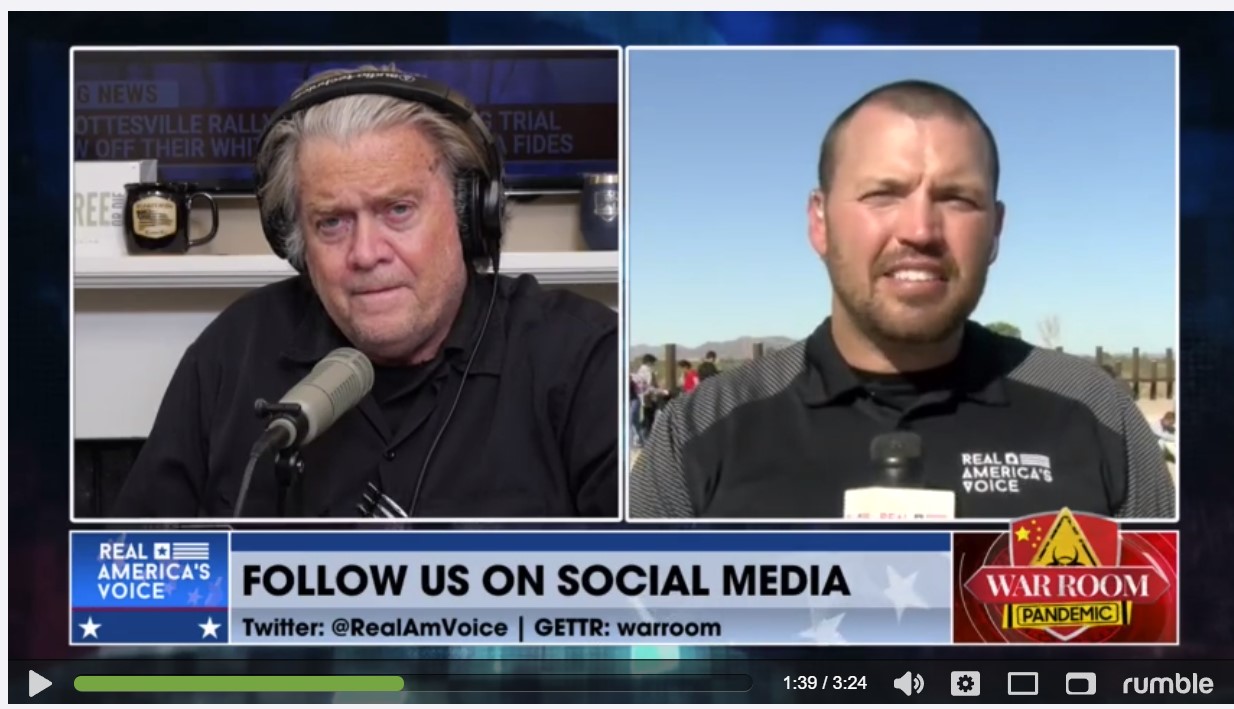 Ben Bergquam reported to Steve Bannon during the Warroom Pandemic podcast on Thursday about the ongoing border crisis from Yuma, Arizona.

In front of about 100 people who were crossing at the time illegally, Bergquam reported about an area that is expected to be overrun with thousands of migrants traveling in a caravan, in a tactic meant to overwhelm law enforcement and force their way into the country.

This is the continuation of the invasion of our border, that is being organized by the drug cartels. People are purchasing children along the way, as told to do, by leftist groups. None of these people have been tested for the illness.

“These are military-age males, how are they not being processed and sent back?” Bannon asked.

“Because they know how to purchase a child, to claim they are families. They are bringing slavery into the migrant communities,” Bergquam told Bannon.

“This is why Hispanics are moving more toward Trump because they don’t like this,” Bannon said.