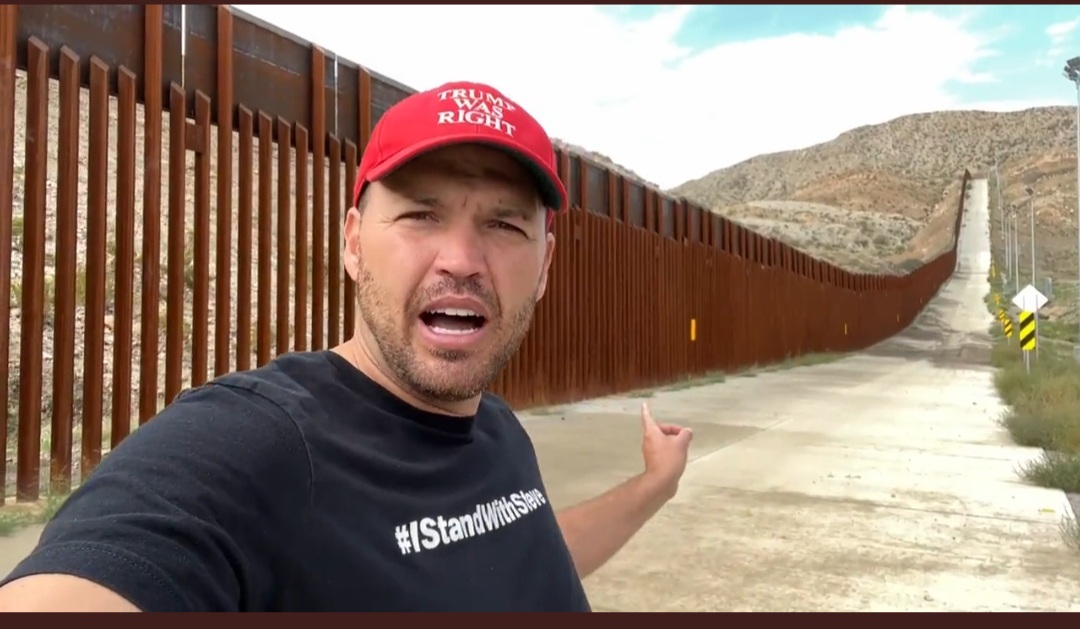 Recently Ben Bergquam made a series of videos that explains everything people to understand about why War Room host and Populist leader, Steve Bannon, has been attacked by the administrative state- which makes so much money selling off our country.

Bergquam visited a section of the border wall that was constructed by American citizens and crowdsource funding- and while he took the opportunity to show his support of Bannon’s work- he also gave a plug to a candidate for US House of Reps. who understands the importance of border security for El Paso- for for the invasion that he has investigated and recorded for over a year on the Southern border.

“On my drive through El Paso, en route to the Trump rally out in Arizona, I had to stop by the wall that the group named- We Build The Wall and that we the people in America built, ” Berqguam said with the border security wall behind him.

“The wall was one of the best projects ever done by the citizens of this country for the purpose of securing this country. Here it is right behind me, this is what you guys did. And for doing that, the left has attacked everybody involved with it, in particular, Steve Bannon,” Bergquam said.

Recently Bergquam appeared with exclusive breaking news- on the War Room with Bannon, who is one of very few broadcasters who even think about the US border, let alone publish live breaking news that people need to see:

WATCH Bergquam talk about what needs to happen over in El Paso now, during the upcoming elections in November:

Bergquam, host of Law and Border on Real America’s Voice went on:

“That’s why I wear the shirt that says- I stand with Steve. If you guys want a shirt like that, you can get it at TriggerALib.US.

That’s why the cartel congresswoman Veronica Escobar is aiding and abetting the Invasion and the destruction of this country. It’s time that we expose them and stand behind the people that are fighting for this country.

So God Bless Steve Bannon, God bless President Trump , and please vore for IreneArmendariz Ireneforcongress com against Veronica Escobar, because she is helping set up a mess, like what Bergquam shows in the following video footage, of what Bannon calls “industrial processing of illegals into our country”: