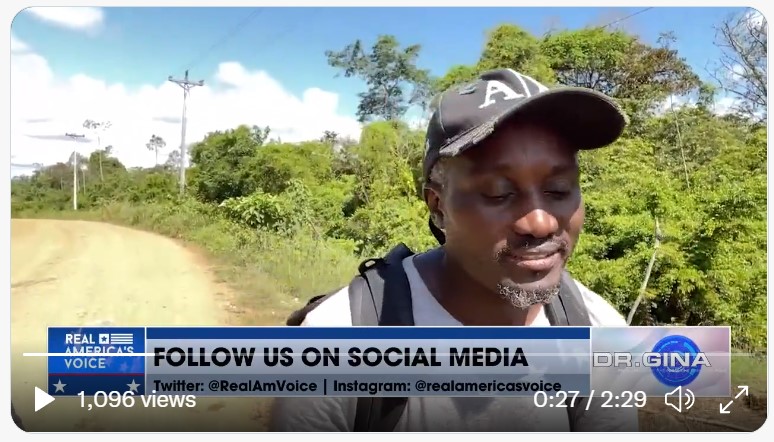 You wouldn’t know it by the way Joe Biden is acting so lenient about law enforcement but we are responsible for a massive human tragedy, by luring poor people to our open borders and giving them the impression they will have an easy time getting here.

Republicans and Democrats are very unsettled about the status of our Southern borders and the impact Biden’s manufactured border crisis is having on the country- especially voters.

But few know of the suffering of the poor people that the left’s is bringing here- and how they are being used and abused by a system of leftist charities and partners of government offices- who appear to only have the benefits- of mass new voters- to the Democrat Party, in mind.

Non-Government Organizations (NGO) are used by the Democrat-held government to do things that they do not want any citizen oversight on, because FOIA requests can not be demanded of most non-profits.

The left’s use of these kinds of groups, employed by well-trained Community Organizers and activists is a decades-long usurpation of our rights as citizens.

Democrats quite often funnel taxpayer funds into these groups, who are notorious for being used as cover for most of the left’s instruction of our Republic- including the Southern Border invasion.

As seen in the following video, and as Bergquam told Steve Bannon on Saturday’s War Room Podcast- his exclusive interviews of migrants- who were being enticed by leftist NGOs and nonprofits- to come to America are deeply sad.

Bergquam talks about the people who have been directed into a terrible situation- and then were devastated at the carnage and crime they were being led into.

When I got here, everything was a lie,” this man said, telling Ben that people should get a VISA, after talking about a man he saw who was dead from hanging.

Apparently, the man killed himself after seeing his children die- from the travel to get to America.

SO WHO BENEFITS FROM THIS? ASK YOURSELF THAT:

#RAV Border Correspondent @BenBergquam spoke with an illegal that described some of the horrors from his journey with a stark warning for those wanting to come to America: “Get a visa.”