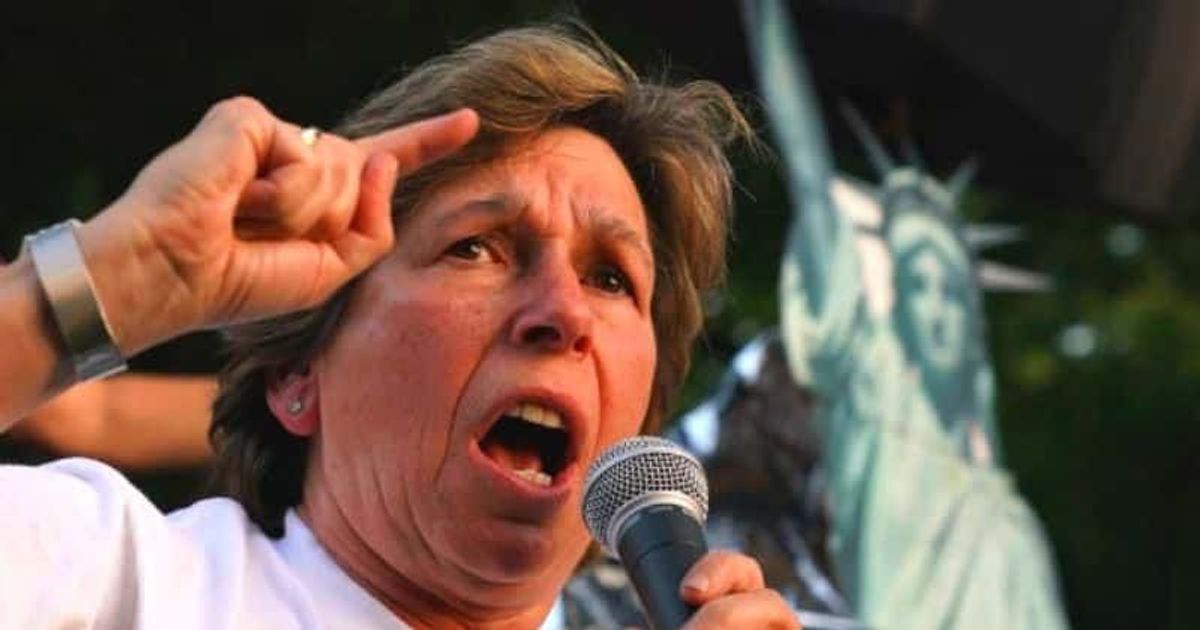 There is little left to be shocked about in American culture these days. The left has successfully transformed American institutions into places of worship for their humanist, anti-Western Civilization concepts, mantras, opinions, and indoctrination.

So this story should not come as a shock to most Americans, but it is noteworthy to see how far out of the closest the real insurrectionists and usurpers have come in the last few years.

Leftist officials have been unaccustomed, for over two decades, to any pushback on their war for the hearts and minds of America’s children as they have slowly eroded our public school system into something unrecognizable to the majority of American parents, educators, and business people.

The problem is so bad that both educators and families are leaving the school system- and apparently, at least one Teacher’s Union, the American Federation of Teachers, is so comfortable with the dung heap they have created- their fearless leader is threatening ‘War” to defend it.

This woman has gone mad- check it out:

Apparently, parents having rights over their children is triggering for the left.

The AFT is the nation’s most prominent teachers’ union. It has been a consistent and vocal critic of Florida Gov. Ron DeSantis and of GOP school legislation, accusing the party of overstepping boundaries and placing undue restrictions on educators.

In the mind of the leftist “educators,” taxpayer-funded education aims to create a work environment that is a Utopia for the left- it is not to educate America’s children.

So people voting for representatives who went into action on issues that were important to them is the “way wars are started”.

She used the words “war” to describe the consequences of seeing our American Republic work- think about that.

Weingarten’s union, which demands their government-funded playground and utopia – is one of the most powerful labor organizations in the country – has tried to walk a tightrope as school boards nationwide are seeing a surge in parental participation, which they are not at all happy about after securing successful legislation and privileges- like No Child Left Behind, Race To the Top and Standards Initiatives like Common Core- to chase parents out of the public education system.

DeSantis is the first Governor brave enough and organized enough to be successful in pushing back on the left, and their usurpations of American schools and the left is blistering, furious, and pouting about it.

As much at the leftist school officials virtue signal about “parental involvement” the truth is American parents do not feel welcomed at public schools.

Fox News reported: AFT has stated it supports parental involvement in education – but expressed concern about some so-called “vocal minorities” who, according to the group, wanted to marginalize kids and censor teachers.

“Educators welcome parent involvement in schools because our kids do best when teachers, parents and caregivers work together,” said AFT president Randi Weingarten in a statement to Fox News earlier this week. “We have a lot to do to help kids recover and thrive this year after two years of an unprecedented pandemic. So rather than help us help our kids socially, academically and emotionally, these vocal minorities want to marginalize LGBTQ kids, censor teachers and ban books.”