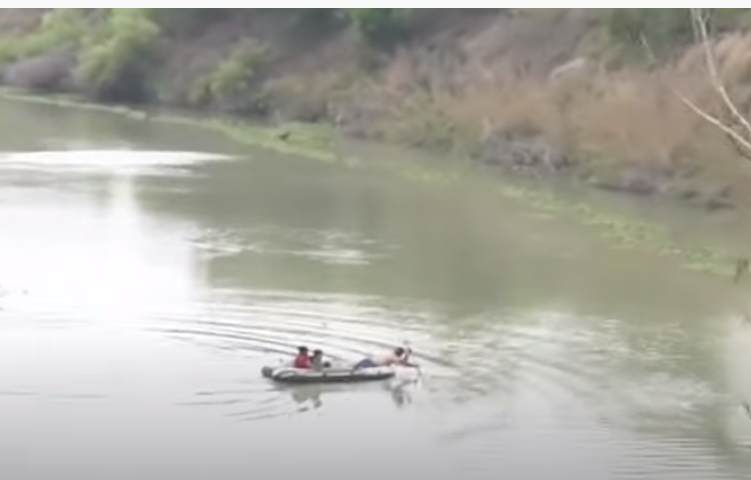 Ben Berquam, the founder of Frontline America, is back on the Southern border investigating and reporting on the Democrat made human crisis that is a result of Democrat Joe Biden’s open border policies, and while there he caught some shocking footage, that shows exactly how the cartel delivers people to the Border Patrol, who take the illegal crossers where they need to go.

Watch as a woman and her children are taken across the river in a raft and then taken by car by the border patrol, who appears to have been waiting for them.

“Remember the cartel control who gets to cross. There is a little raft and two coyotes, and he comes down with a woman and two children. He takes them in the raft to the US side and heads back to the Mexico side. He reunites with his buddy on the Mexico side; they grab the raft and then go back on the mountain to their truck. They head back to get more people, “Berquam said.

“This is one point on a 2,000-mile border. A few minutes later, the Border Patrol shows up and like. The worse part is like Sheriff Wilmont said, the Border Patrol has become Uber for the Cartel. Fake News does not want you to see that the Left needs to be exposed,” he said.

Hear who Bergqam says is to blame: