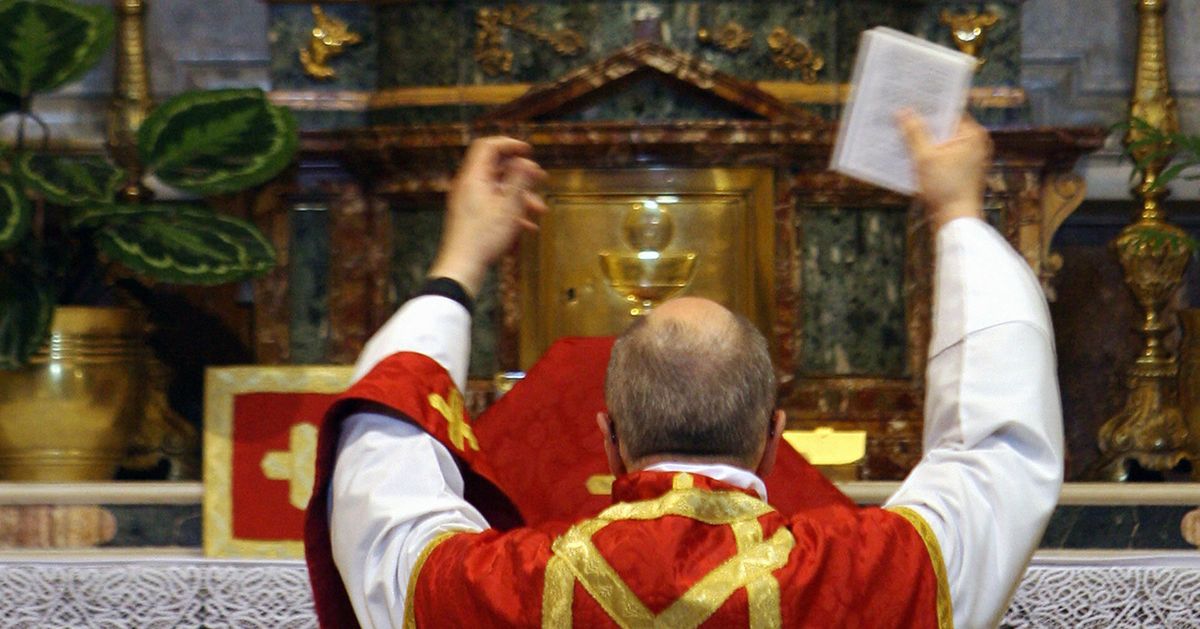 There can be no doubt that the world, including the United States, requires an Exorcism.  We need to have grounded professionals perform Godly ordained leadership in a mass exodus from deadly Globalism. But- as the Catholic Church falls, the Occult rises.  It is elementary what we need now.

Like no other religious body, the Catholic Church provides the balance – in their teachings and practices- to Satan worship. Whether you believe it is mysterious or not, clearly Satan worship leads to an increase in chaos, crime, and everything bad for a civil society.

Whether you are Catholic or not (and I am not), it should be apparent that we need a solid Catholic Church right now, one that understands the mysterious dark energy and one that is grounded in the Word of God and not in the political power of the elite.

Key Point:  The world needs less of this Marxist Pope who appears to be leading people into the darkness- and not out of it. At least one country has had it with this Marxist Pope and is pushing back. In contrast, the Pope leads people into accepting the murder of babies and sexual abuse of children, the Catholic people revolt against his corruption of Catholic teaching.

“For the first time in seven years, nearly all Poland’s Catholic bishops went to Rome last month for formal meetings with Pope Francis and Vatican officials.

Although most of the prelates expressed satisfaction with the encounters, they also hinted that there had been some frank exchanges over the Pope’s handling of the country’s sex abuse crisis. An unprecedented 10 Polish bishops, mostly retired, have been sanctioned in various ways in recent months for ignoring abuse complaints.

“The pope knows how important the Polish church is — although attendance and participation may be dwindling, the church is still exceptionally strong,” said Fr. Piotr Mazurkiewicz, a Polish theologian and former secretary-general of the Brussels-based Commission of European Union Bishops’ Conferences (COMECE).

“However, this doesn’t mean it’s faultless, and the bishops spoke very clearly with him about this,” said the theologian. “While I don’t think there’s any serious division, they were concerned to raise certain points — particularly whether Poland’s bishops are being treated more harshly than those elsewhere.”

THE CATHOLIC CHURCH IS BEING GUTTED OF ITS POWER TO SERVE, AND WE SHOULD ALL CARE

The Catholic Church has been under scrutiny, for years,  for not addressing many sexual abuse scandals.  And now we know that there are people in church leadership who are pushing back on the Pope’s determined effort to cover those scandals up.  Much Catholic faithful knows that without repenting for the scandals, the people are falling away from their faith.  And everyone should care about that because without a strong Catholic Church, the country and the world suffer from a lack of reverent Godly teaching about the Occult.

According to the Catholic Register: Among those being investigated for ignoring abuse complaints is Cardinal Stanisław Dziwisz, the 82-year-old former secretary of Pope John Paul II. While the Vatican has issued communiques via its Warsaw nunciature, listing the penalties imposed in the wake of its investigations — mostly ordering the compromised bishops to avoid public appearances and revert to a “life or prayer and penance” — it hasn’t clarified the accusations. The crisis — a word now used routinely by Poland’s bishops — has coincided with growing criticisms of the church’s role in public life and fueled a sense of drift among Catholics. Regular Mass attendance has dropped by a third in some regions in the wake of COVID-19 restrictions, while a March survey found 50% of the young people in the traditionally Catholic population insisted the church no longer held “any authority” for them. New data published in mid-October showed 356 priesthood candidates had been admitted to seminaries this year, a drop of 15% since 2020, and 60% fewer than a decade ago. So while the Catholic church is suffering worldwide, take note of the consequences.  With the rising exploitation of dark energy and the Occult, we know humans will suffer.  Consider the recent Travis Scott concert in Texas as a sign of what is to come for people who worship the darkness. For further reading:

If you are looking for solutions, consider my series of conversations with Mary Flynn O’Neill about how she wants to make the Catholic Church Great Again: