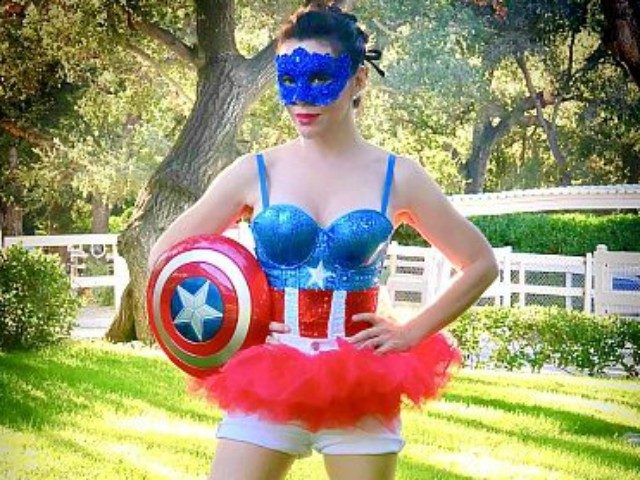 Here is yet another example of a Hollywood celebrity who constantly signals Utopian Marxist control over the US population and can’t figure out why her point of view is unpopular.  Not even when she is running a survey on her own Twitter page, and can control people from seeing it, does she figure out that she is wrong.

Key Point:  Alyssa Milano is being cast as a grassroots activist- using resources worth billions of dollars in tactics and techniques that the left knows is deceitful.  They do it to create an illusion, like they are PT Barnum. They do not care that the garbage they put out is fake, or unpopular. People like Milano crave attention for their most depraved thoughts and ideas- and are easily enticed by political power.  And they like money.

THE WORLD IS THEIR CIRCUS

But that does not make them the majority. They do not represent the majority- no matter how much cultural marxism they employ to convince you that they are in the majority, should convince thinking people that Milano, and other leftists, have their finger on the pulse of voters.

Watch as Milano does her “Urban” act from the luxury of a Hollywood studio. Isn’t she fabulous? Isn’t she brave and strong?:

It is strange and uncomfortable to watch.

Here is an aging teenage starlet turned Community Organizer- who is wrong about all of her politics- and she publically humiliates herself constantly over how wrong she is about her politics and public opinion.

However, she can’t stop getting into the spotlight and she appears unable to self-correct. She appears to be following a script.

Consider this Twitter post where almost 175,000 people answered a survey about the COVID vaccine for their children, which Milano has been pushing:

Will you be vaccinating your 5-11 children:

A true lover of Democracy would be shaken that 92%- that is called an overwhelming majority in the real world- do not want the vaccine for their children- ever.

Milano doesn’t care because she is playing a role as a Marxist Community Organizer.

Make no mistake about it, as most people know that the “stars” of stage and screen and TV have colluded with the left-leaning media and the Democrat Party to create what they need for “grassroots marketing platforms” to influence the public policy and voters. And they have been highly successful at this technique over the years. These are the exact tactics that worked for Obama, during his campaigns for President. The left are brilliant at messaging, branding and PR- and using their domination of institutions and technology to create a *buzz* that they are the majority. But they are not good at forcing people to agree with them.

It is all an illusion. Bread and Circuses. Acting.

Other important topics to Milano

The carbon footprints of the richest 1% is set to be 30x greater than the level compatible with the 1.5°C goal of the Paris Agreement in 2030.

It's time to tackle excessive emissions of the world’s richest people AND extreme inequality at the same time. pic.twitter.com/S9CwjvVFNe

Love Of Abortion As A Way Of Life

When @Alyssa_Milano had a miscarriage, she believed she was being“punished” for having abortions in her early 20s. On the latest episode of Me Becoming Mom, the actress shares how she overcame those thoughts that weighed on her as a parent.💔 https://t.co/jkK69kkSrp pic.twitter.com/GURvsPsMPn

What Hollywood leftists have discovered is the power of the authentic Conservative grassroots, when they are engaged in authentic legislative action. When activists are focused on the proper way to “move the needle” and get past the cons and grifters- they find the accelerator to lasting political change.

Elections in Virginia that flipped the state, last Tuesday, show the power of a focused group of people.

The left has been hugely successful up to this point in the transformation of America, using the same exact tactics on the American people to create this illusion that I outlined above.

All that needs to happen is that Americans quickly find the gas peddle and turn the left’s tactics back on them, if they do this there is a lot more winning ahead.