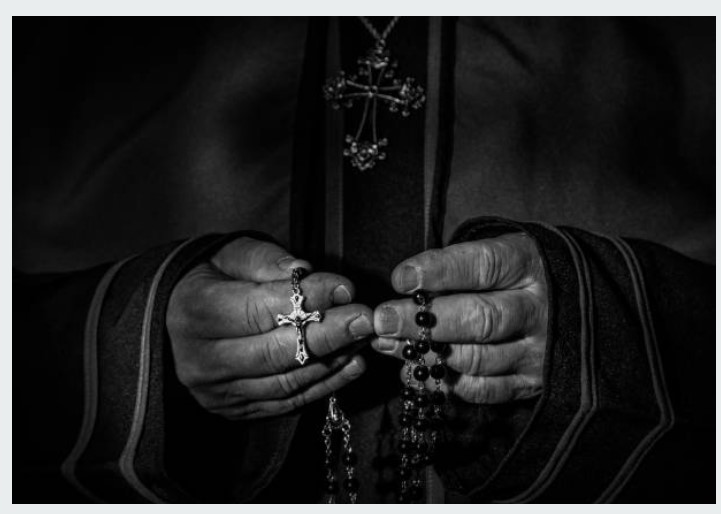 There is a prominent, decades-long propaganda movement by the left and their media allies to weaken the American church and to demonize church leadership and congregants.

The purpose of this is, frankly, Communists and Marxists historically go after the church in all of their revolutions- to destroy the power of faith in God. Without faith in God, we know people are far more likely to accept being dominated and controlled by a centralized government.

That is a simple fact- ask any refugee from a Communist land. But let’s check out how it works in the United States of America today.

“The hardline stances of many conservative Catholic bishops in the U.S. are not shared by a majority of lay Catholics. Most of them say abortion should be legal, favor greater inclusion of LGBT people, and oppose the denial of Communion for politicians who support abortion rights, according to a new poll from The Associated Press-NORC Center for Public Affairs Research,” The AP said about their recent polling.

“The poll, conducted in mid-May, shows a clear gap between the prevalent views of American Catholics, and some recent high-profile actions taken by the church’s leaders,” the AP Claims.

“For example, leaders of the U.S. Conference of Catholic Bishops recently called on Catholics nationwide to pray for the U.S. Supreme Court to end the constitutional right to abortion by reversing its 1973 Roe v. Wade decision. According to the new poll, 63% of Catholic adults say abortion should be legal in all or most cases, and 68% say Roe should be left as is,” the left-leaning media group conveniently reported.

SO lets look at their polling.

The AP wants Americans to believe that a large majority of Catholics do not agree with their ‘Conservatve’ church leaders on the matter of alternative sex lifestyles or the murder of pre-born babies.

But if we dig in and look at the fine print, we find some details of their anti-Biblical propaganda, and that should cause some scrutiny of their polling abilities and the purpose for such a story.

According to The AP about their poll, “Results based on interviews with 1,172 U.S. adults, including 358 Catholic adults, were conducted May 12–16. The margin of error is ±7.4 percentage points for Catholics. Source: AP-NORC Center for Public Affairs Research.”

That’s what they admit to in the fine print. Yet in the article, they claim all respondents are Catholics.

So check this out, here is where their data is messed up: “According to the poll, only 31% of lay Catholics agree that politicians supporting abortion rights should be denied Communion, while 66% say they should be allowed access to the sacrament.”

So, we know the respondents were 30.5% of those questioned, so is that over 100% of Catholics questioned, who agree with denying communion to people who support abotion?

Because that is the opposite of what the AP is reporting. Right?

The Study is being pimped out as a study on Catholics, the AP claims:

“In even larger majority – 77% — said that Catholics who identify as LGBT should be allowed to receive Communion. That contrasts sharply with a policy issued by the Diocese of Marquette, which encompasses Michigan’s Upper Peninsula, saying pastors should deny Communion to transgender, gay and nonbinary Catholics “unless the person has repented.”

That number ironically is similar to the number of non-Catholics interviewed. Doesn’t it?

The AP identified a source, who was used to explain their fake narrative, with what appears to be her personal agenda for the church:

“Natalia Imperatori-Lee, a professor of religious studies at Manhattan College, said the rift between rank-and-file Catholics and the bishops “reveals a breakdown in communication and trust — shepherds who are far removed from the sheep.”

“This is a precarious time for the U.S. Catholic church,” she added in an email. “U.S. Catholics are, on the whole, accustomed to living and working in a pluralistic society and this poll reinforces the notion that they want the public square to remain pluralistic, free from coercion, and oriented toward care for the vulnerable populations among us.”

Hmm.. did you notice how the AP propagandized their own fake poll? So their fake poll matches their fake source.

What is that about the shepherds?

Who is Natalia Imperatori-Lee? Well, She is a Latinix-Feminist according to her Bio.

Interesting.. a feminist- abortionist with a “cold dead heart” who wants to shepherd the church– right.. back to the AP Poll.

And what does that margin of error mean?

According to a top Mathematician, “margin of error doesn’t make a ton of sense for a poll, so I’m gonna guess that’s a confidence interval: the precise definition’s a bit technical, but it’s basically just a range which we expect the true proportion to fall into, even though it doesn’t account for things like sampling bias, biased polling questions, response bias, or the roughly eight thousand other things that can go wrong.

Hmm.. interesting. I think there is something very wrong with the AP’s poll.