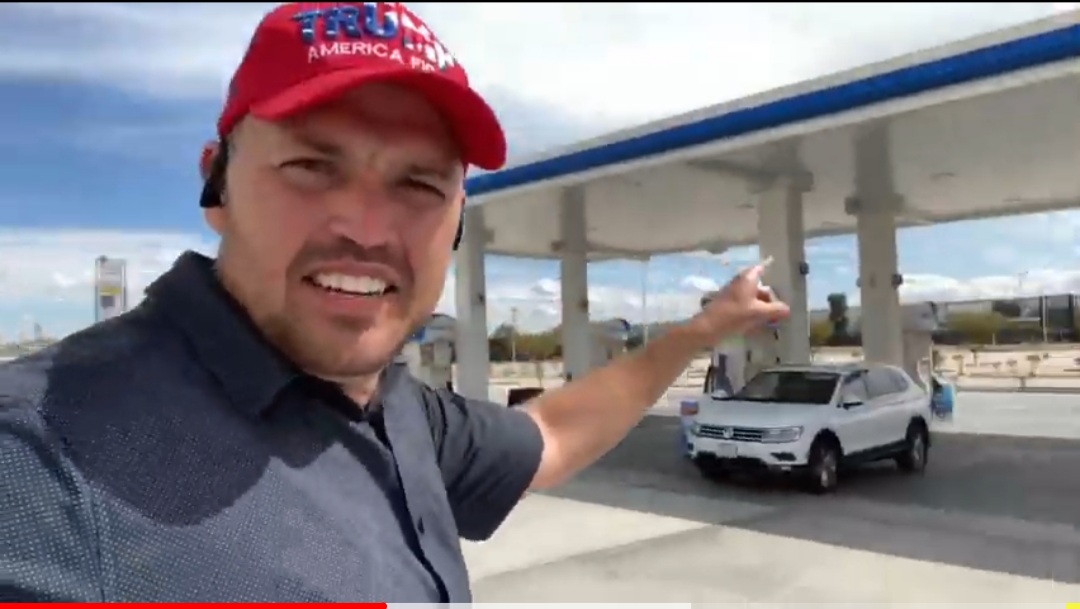 Ben Bergquam stopped for a moment on his whirlwind trip around the southern border to poke a little good-natured fun at far-left radical Democrat Governor of California Gavin Newsome.

After watching and filming foot chases of drug cartels, by Mexican Border Patrol officers, and after seeing the human debris left behind in caves that showed evidence of human and sex-trafficking crimes, Ben still has his good humor.

Even after interviewing the frustrated people affected by Joe Biden’s outrageous executive orders that opened the doors to a criminal infestation of foreigners, who are hunting for gaps in the border security wall in working-class neighborhoods, and leaving devastated communities- Ben has kept his good humor.

Because Ben is hopeful for America, even thought “democrats are lunatics”.

“Hundreds and thousands of people are crossing the border, but if you go into the AM/PM you need to have your mask on. They even have bathrooms marked off all genders. It is all about priorities, guys,” Berquam said sarcastically while at a gas station in Calexico, California.

Watch the clip for what Ben says about Democrats:

Ben Bergquam is a reporter for Real America’s Voice and the founder of Frontline America. Please share this article to help others find out what is really happening on the southern border.

And don’t forget to watch Sunday March 15 11 AM and 7 PM Eastern on Real America’s Voice.