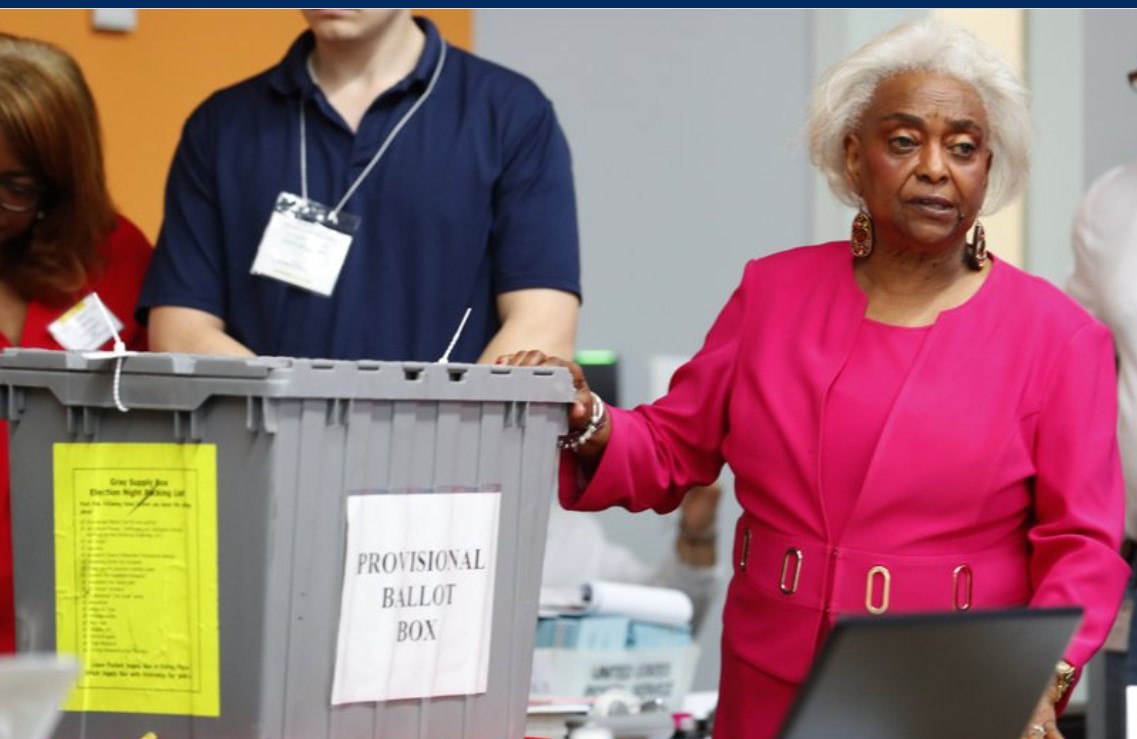 In 2016 Democrat Tim Canova, who ran against the disastrous Democrat Debbie Wasserman Schultz, had seen enough of the massive corruption in his district that he jumped into the political arena and challenged her for her seat in the US House of Representatives to represent the people of Florida’s 23rd congressional district.

“My concerns are ongoing from that time, that the people who are being elected to office are representing the three different kinds of voting machines and not the people,” Canova told me when I got to speak with him on Thursday about his continued pursuit of justice from the state of Florida.

Canova, who was a central figure to a huge 2016 election fraud story, is now asking Republican Governor Ron DeSantis why his new 2022 election team seems to have forgotten about him and the election crimes that were uncovered after his primary with Wasserman-Schultz.

So how could  DeSantis, who just recently announced legal action against 20 individuals for voter fraud, overlook the opportunity to reform the bedeviled voting machines? Canova’s story is well established in the media and in the courts.

At the time, Aug. 30, 2016, the Democrat primary between Canova and Wasserman Schultz, the acting DNC chairwoman, was taking a lot of heat from the Democrats for her negative actions against Bernie Sanders and in favor of Hillary R. Clinton, and Canova had amassed a huge grassroots campaign full of enthusiastic supporters.

Wasserman-Schultz had seen months and months of furious revolts aimed at her for protecting Clinton. Her base was disgusted.

From all appearances at the time, Canova had a pretty good chance of displacing the highly unpopular Wasserman-Schultz and becoming the Democrat challenger. It would have been a historic upset ahead of the 2016 Presidental election.

Then there were the results.

“The official election results were deemed statistically impossible by leading national experts. As a result, Canova attempted to audit the election results by inspecting the paper ballots, requested under Florida’s public records statute,” according to a press team for Canova.

Then there was corruption.

“The election supervisor in Florida’s second-most populous county broke the law by destroying ballots cast in last year’s congressional primary involving Rep. Debbie Wasserman Schultz, according to election-law experts across the political spectrum. The congresswoman’s opponent has sued to get access to the ballots,” Politico reported in 2017.

Snipes’ office, however, destroyed the paper ballots in question in September — in the middle of Canova’s lawsuit — but says it’s lawful because the office made high-quality electronic copies,” the outlet reported.

Snipes destroyed 50,000 ballots, according to a press release from Canova’s press agent.

According to her Bio, “Brenda Calhoun Snipes is an American former public official who was the Supervisor of Elections for Broward County, Florida. She was appointed by Governor Jeb Bush in 2003. Snipes is registered as a Democrat. Broward County encompasses the 20th, 22nd, 23rd, and 24th congressional districts.”

Canova provided the legal documents that show Snipes was determined to have committed a number of crimes and was removed from her election position in 2018.

“Judge Raag Singhal granted a summary judgment in the public records lawsuit, finding that Brenda Snipes did, in fact, illegally destroy every paper ballot cast and concealed the illegal ballot destruction from the court for months. Despite this, Snipes was never prosecuted,” the press statement read.

Then DeSantis re-instated Snipes, allowing her to retire from government work with a hefty retirement package, according to Canova- who brings up another good point- why?

According to a Yahoo article, Snipes was also responsible for problems in the 2020 elections after being re-instated by DeSantis- knowing that she was guilty of destroying public documents.

Canova has questions for DeSantis.

“While I was happy to hear during Gov. DeSantis’ press conference on August 18th that 20 people are being charged for illegally voting, he is seemingly missing the most blatant election crime of all, which is the illegal destruction of some 50,000 ballots in 2016 by none other than the Broward County Supervisor of Elections at that time, Brenda Snipes,” said Canova.

It is easy to understand Canova’s frustration over DeSantis’s lack of action on his complaint.

Everyone in power in Florida refused to hold Snipes responsible, and there were no consequences for her actions; and Canova has never gotten any justice, and there was never any talk of reforming the system that allowed Snipes to get away with what appeares to a coverup.  It appears there is a tight night group of both Republicans and Democrats who are enabling each other in Florida.

But Canova isn’t going away quietly.

So he is questioning the actions of DeSantis and the state’s new elections integrity unit about why they refuse to address what Snipes did to him and address the problems with the machines.

On August 2. 2022 Canova sent a letter to the Director of DeSantis’ Office of Elections Crimes and Security, addressed to Peter Antonacci, asking him to remember Brenda Snipes

Antonacci,  ironically, was appointed in 2019 by DeSantis as the interim Supervisor of Elections of Broward County to replace the very same Brenda Snipes.

Canova says he confirmed that Antonacci’s office received the letter but has yet to hear from the Govenor’s office.

What does Canova want?

“Even if we can’t ban the machines, we need to add a hand-count to the process so people can trust that we have the right person in the office,” Canova told me.

“What I experienced is the most serious kind of election fraud; the destruction of these ballots is for the purpose of protecting the electric voting machines. American voters are inherently vulnerable, and the only way to keep them honest and keep public trust is to have a hand counting of paper ballots to at least confirm the machines, ” Canova, who is now an Independent, told me.

This isn’t political. Canova likes says DeSantis is someone he voted for before and plans to vote for again.

“I like DeSantis, but I care about this issue of the machines, and we need to settle how effective the machines really are before people can trust the election results. No matter what happens from now on, the losing party is going to blame the machines,” Canova told me.

Canova is hopeful that under DeSantis’ newly formed Office of Election Crime and Security, those who violated the law will finally be held accountable.

“The evidence is so developed that any second year law student could successfully prosecute these crimes,” said Canova. “And they should be prosecuted. A message needs to be sent, not just in Florida, but around the country, that Election Supervisors and Election Commissions can’t just destroy evidence like that,” he said.

If we don’t get needed reform, our elections will not be between Democrats and Republicans; it will be between insiders and outsiders,” Canova said.

That is pretty powerful.